Book of the Week

Sen. Chris Murphy issues a withering analysis of gun violence in America in ‘The Violence Inside Us’ 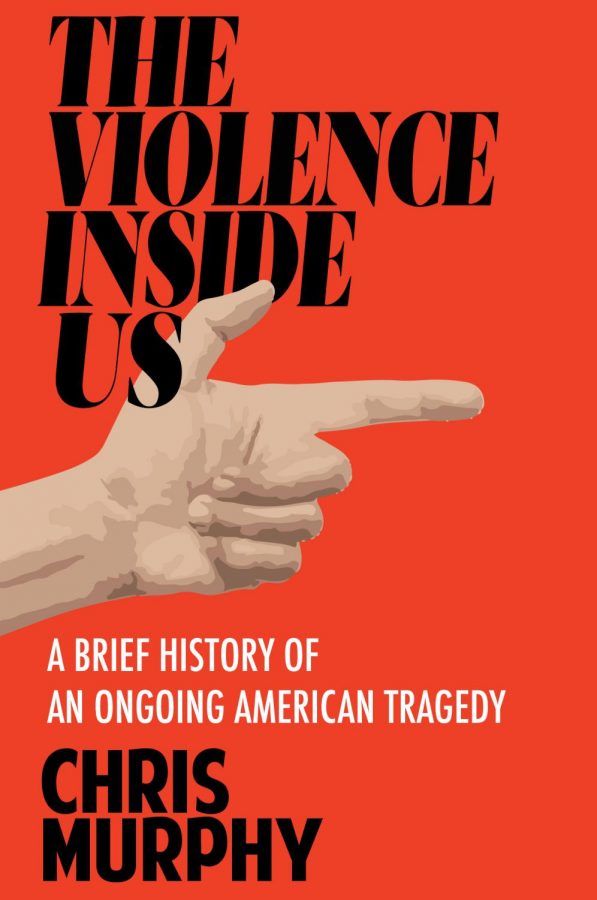 illustration connor lawless Sen. Chris Murphy's book, 'The Violence Inside Us,' details many of America's societal problems and how they relate back to violence.

As a junkie for books by political leaders, I have become used to self-grandiose tales of legislative triumphs that are personally and professionally rewarding.

In Sen. Chris Murphy’s, “The Violence Inside Us,” he explains that he has spent his career in the Senate working toward a goal that has literally and figuratively been killed again and again.

After the Sandy Hook Elementary School shooting on Dec. 14, 2012, the Connecticut senator devoted his career to stopping gun violence at its source — the gun. Gun control is a hyper-partisan issue in Congress that often flares up in popularity in the days after the shooting and then tamps down like a fad.

For Murphy, passing gun control measures such as universal background checks isn’t a trend. After Sandy Hook, the whole country was talking about gun control. But what Murphy realized is that people die from gun violence every day, and no one talks about it.

Murphy is talking about Shane Oliver, who was shot in Hartford after a squabble between him and another man over a girl. He was 20 years old.

People like Oliver die over drug deals and disagreements in Hartford numerous times each year. Murphy, who lives in Wethersfield, realized his own privilege. While his suburban town borders Hartford, he understood the city line was enough to shield him from the violence that resulted from the poverty in Hartford’s North End.

He was ashamed of how much the Newtown shooting of white children in a suburban town shocked him into action but the countless deaths like Oliver’s did not. In hopes to remedy America’s gun problem for every American, Murphy took action, and he describes this trajectory in the book.

Murphy begins by telling Oliver’s story and then gets into the biology of violence. He explains that every human being has a potential to invoke harm, yet America is significantly more violent than other countries. For Murphy, the answer is simple.

“Why look for a more complicated answer when the simple one is staring you in the face?” Murphy wrote. “It’s easier to get a gun here than anywhere else. And it’s much easier to get your hands on a gun that will kill many people very quickly. And it’s easy to transport those weapons to your chosen place of assassination.”

Since the Sandy Hook shooting, Murphy has repetitively tried to introduce gun control measures. After major shootings, many Republicans, including President Donald Trump, have gotten on board with bans on assault rifles and background checks only to later be convinced by the National Rifle Association (NRA) that the complete commitment to zero gun control is the only way to keep this powerful lobby’s support.

Murphy’s frustration propelled him to give a 15-hour filibuster on the Senate floor about the horrors that guns have wreaked on America. While no progress was made, he identifies this as a pivotal moment in his career, because he knows Americans, like parents of children who were lost to gun violence, were listening.

Beyond the gun, Murphy delved into the reasons that 20-year-olds like Oliver get into gun fights. It comes back to poverty and joblessness which also relates to race. Murphy, a white man from a Connecticut suburb, describes the fear he felt when visiting a school in Baltimore and heard gunshots outside. The kids inside went into lockdown as if they were just going to gym class — like they do it every day.

Many of America’s problems are related — race, poverty, violence and the inequity of the American experience. To me, this book laid out this history in a well-researched and logical way that transcended party lines. To read this book and not feel compelled to join the fight for a less violent America is impossible.

“There are some days, I admit, when I wonder why I couldn’t have accepted a different mission, where the pain and the hurt are not so manifest,” Murphy wrote in the final chapter. “But then, on those days, I remember who I was before 2012. And I try to convince myself that maybe, just maybe, I am uniquely suited to this moment.”