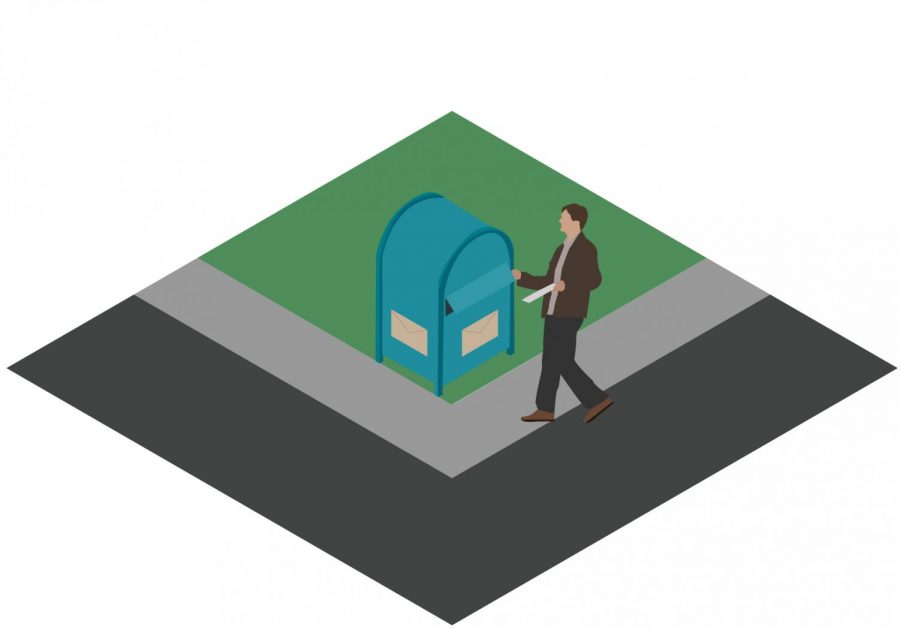 The United States’ heightened political climate, accompanied by the COVID-19 pandemic, has made voting and safety focal points of recent discourse.

Absentee ballots have become more appealing to many voters due to COVID-19, as they are safer and more convenient. By limiting the number of people at the polls, municipalities will be better equipped to ensure that poll workers and in-person voters stay safe.

According to CNBC, many states, including Connecticut, have provided poll workers in their towns and cities with personal protective equipment (PPE), such as masks and/or face shields. Rules regarding mandatory mask wearing and social distancing will be widely implemented to prevent COVID-19 transmission.

“I think that it’s a good thing because it’s a necessity during a pandemic that people are protected,” Jones said. “It’s a civic duty to vote, so I think it’s essential that PPE is given to poll workers.”

The New York Times reported that this upcoming presidential election will have the most absentee ballots in history. .

“A total of 87 million absentee ballots have been requested or sent to voters in 49 states and the District of Columbia,” according to the New York Times.

Vera Morrison, Hamden town clerk, said the town has seen an increase in absentee ballot requests in comparison to past elections.

Connecticut has historically been a blue state by voting for the democratic candidate in the last seven presidential elections. According to The New York Times, 659,000 people have requested absentee ballots and of those, 48% are registered Democrats while a mere 15% are Republican. This could be part of what is contributing to this notable increase in absentee voting by state.

President Donald Trump has long been against mail-in ballots, claiming that they will invalidate the election.

In a press briefing from Sept. 23, Trump said, “I’ve been complaining very strongly about the ballots. And the ballots are a disaster.”

“Voting by mail is safe and secure,” Biden tweeted on Aug. 14. “And don’t take my word for it: Take it from the President, who just requested his mail-in ballot for the Florida primary on Tuesday.”

Jones said she thinks Trump’s recommendations to the American public are hypocritical.

“I don’t understand why Donald Trump discourages mail-in voting,” Jones said. “Especially with the current pandemic and also considering that he has voted by mail in the past.”

In Connecticut, the pre-election voter registration deadline was Oct. 27, and could have been done by signing up online, mailing in or going in person.

Connecticut also has an Election Day voter registration option. According to CT.gov, if a person wants to register the day of the election, there is a designated location in each town that is not at the polling place where they can do so. People planning to register the day of will need proof of their identity and residency.

Election Day is Nov. 3, and the polling centers in Connecticut will be open from 6 a.m. to 8 p.m.

People will need a form of identification that meets one of three criteria: name and address, name and signature or name and photograph.

There are 800 polling centers across the state, according to Gabe Rosenberg, spokesperson for the Connecticut Secretary of the State.

In the handbook for in-person voting, Connecticut laid out its guidelines. Masks are not mandatory for voters because “it can’t be when it comes to voting rights,” according to Rosenburg. However, poll workers are required to wear a mask.

Each polling center will have Plexiglas panels at each worker-voter interaction point as well as markers for social distancing. Voting booths will be sanitized in between voters.

For more information on where each person’s designated polling center is or about voting in general, vist https://portal.ct.gov/.