How Quinnipiac students feel about the upcoming election 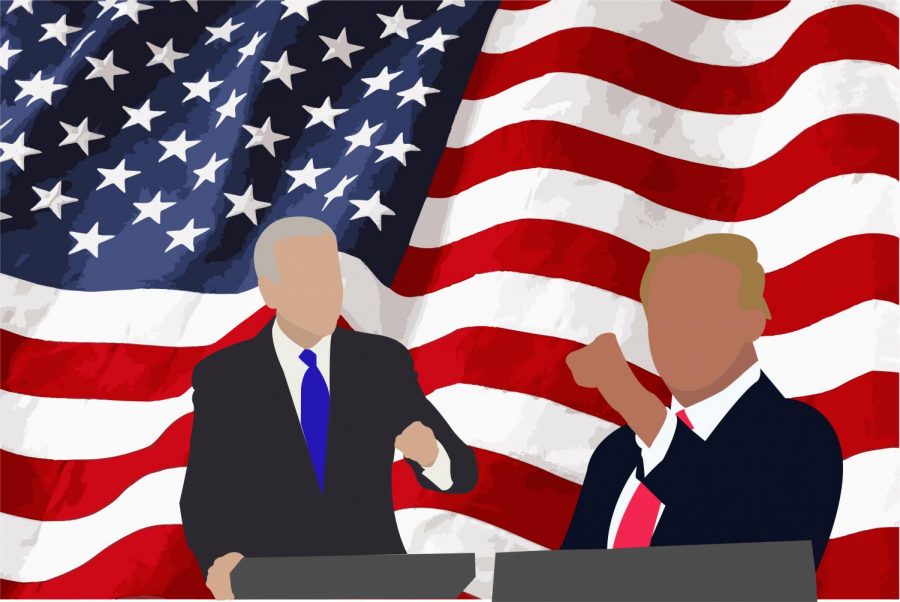 Goldman didn’t talk much — the political science students in the room did all of the debating.

A lot of the students in the class respectfully discussed the debate and answered questions. Burns says the students are studying the election campaign from multiple perspectives, which allows the students to keep their own opinions out of the discussion.

“By focusing on strategy, it’s easier to see both the positives and negatives of each candidate’s campaigns,” Burns said. “So, it helps remove some of the partisanship that you normally see when discussing politics.”

One question Goldman proposed to the class was about voting. He wanted to know why some students wanted to vote and some didn’t. Jailynn Caraballo, a senior political science and journalism major and a student in the class, cited her race as a reason to keep up with politics.

“I’m 21, I’m a Black woman and I’m also a Latin woman,” Caraballo said. “I think I’m interested in these conversations because of where my intersectionalities meet and how that is affected by the presidency.”

Caraballo also said the conversations are important because as a college student, she’s part of the next generation of America. She feels she should be educated and encourages others to educate themselves as well.

A lot of students agreed with Caraballo’s point of view.

Burns asked the class what Biden should do to improve his performance during Thursday’s debate. Junior political science and journalism major Matthew Bruin advised that he should be more confident when speaking.

“(Biden) needs to be able to command the stage and talk more directly to the American people,” Bruin said.

The students said the contrary about Trump. Thursday’s debate will feature microphones that will be muted to allow two minutes of uninterrupted speech for each candidate.

“I think it says a lot about the time we live in that we have to implement a mute feature on our presidential debate stages,” said Summer Perratti, a junior media studies major. “While the people at home may not be able to hear President Trump speaking over his time, Vice President Biden will.”

There were a lot of different opinions about specific events that have happened over the past couple weeks, such as Hunter Biden’s drug addiction and Trump’s positive COVID-19 test, but every student had something in common: they have misgivings about both candidates.

The debate between the students about Biden and Trump fluctuated between subtle commendation and blatant distaste for either candidate’s style. And all Goldman had to do was sit back and watch the students’ discourse unfold.

At the end of the 30-minute discussion, Goldman recognized the students’ effort and acknowledged that he wished he had an opportunity like theirs during his education.

“This is the most I’ve paid attention to a college class ever,” Goldman said. “I wish I had a class like this. I was in school for the 2016 election, and I wish I was taking a couple political science classes because none of them were specific on that election, and it would have been great.”