What new things were learned, and what hasn’t changed at all, after two debates 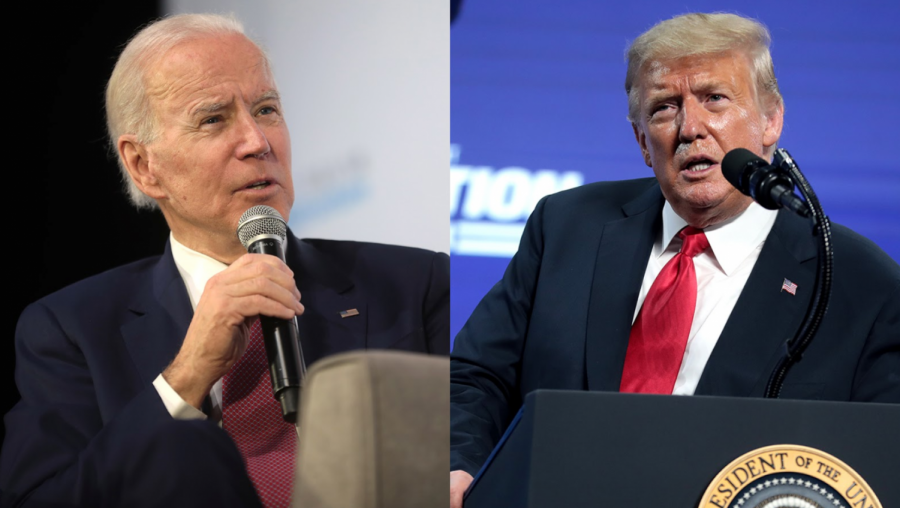 After over three hours of bickering between President Donald Trump and former Vice President Joe Biden, have we learned anything new about the two candidates?

Trump showed the world yesterday that he has no empathy for the over 500 migrant children who don’t know where their parents are because of his policies to separate families at the border. He doesn’t care that over 200,000 are dead due to COVID-19, and he certainly won’t talk about the horrible systemic racism in this country.

Biden pitched his campaign on empathy, compassion and character, above all else. Maybe that’s because he can’t run on an abysmal track record of mass incarceration or current policies such as refusing to ban fracking or enact universal healthcare, two policies which are heavily favored in the Democratic party.

At the end of the day, however, optics poll better than policy as attacks sway more voters than actual political discourse, and Biden has been leading the way as far as the debates go. He has been sharper and more well-spoken than in the Democratic debates and instead of fighting back at Trump with the same name-calling and lies that the president spews, he stares directly at the camera and levels with the audience, especially regarding the COVID-19 pandemic.

While the phrasing isn’t the best, the message still hits the same, and Biden still shows that he has an infinitely bigger heart than Trump. Following that emotional line, Trump started blaming China for the virus and refusing to take responsibility for the nation’s poor response to the COVID-19 outbreak.

That same beat continued throughout the debate. Biden would try to empathize with the people and listen to their struggles, and Trump would respond with deflections and finger-pointing.

Near the one-hour mark of the debate, the two candidates were asked if they understand why Black parents fear for their children in today’s era of police brutality and increasing hate crimes.

Biden answered the question, with his first words being, “I do,” and spent his uninterrupted two minutes of speaking time by detailing why Black people are becoming more afraid of the world and what can be done to erase that fear.

Trump’s first words were, “Yes, I do. And again, (Biden) has been in government for 47 years.” He then continued to, albeit fairly, attack Biden’s political record. Even though what Trump is saying about Biden’s disastrous crime policies in the past are true, that’s not what the American people need to hear right now. They need to hear the voice of a president that can confidently lead their country toward peace and prosperity and away from violence and bigotry.

However, that wasn’t Trump’s most insensitive moment. That title goes to the discussion of illegal immigration, when Trump was asked how he will reunite the over 500 children at the border who can’t find their parents. He answered by calling the parents “coyotes and lots of bad people,” harking back to a 2015 speech by Trump where he said, “When Mexico sends its people, they’re not sending their best. … They’re bringing drugs. They’re bringing crime. They’re rapists. And some, I assume, are good people.”

To further add to his racist tirade, Trump said, after Biden rightfully exclaimed that these kids are alone with nowhere to go, that they’re being taken care of and are in “clean” facilities. How insensitive and cold-hearted must one be to respond to the fact of 500 children being without their parents directly due to his policies with at least they’re given food to not starve.

To put the cherry on top of Trump’s disastrous night, he called immigrants who appeared at their court cases “low-IQ,” just pouring more gasoline to the massive forest fire.

Really, though, what’s new? Anyone who has paid attention to this administration or Trump’s campaign before his first term in office shouldn’t be surprised by these quotes, and they certainly shouldn’t be shocked that he had the gall to say it. Trump’s entire persona has been a no-holds-barred guy that just says whatever comes to his mind, and he often has racist thoughts up there.

However, we’re less than two weeks away from the election and already millions of voters have cast their vote making these debates meaningless in swaying their opinion. According to a recent Quinnipiac Poll, only 33% of likely voters say they are voting in-person, so how much will these slip-ups affect Trump?

Biden won in both debates. He appeared calm and compassionate, willing to lead America to a better, yet imperfect, future. The ultimate question, however, is if this means anything for the election, and I think at this point the only people who will care about these moments are people like me whose minds are already made up.

I’ve already sent my ballot in for Joe Biden and Kamala Harris, and these debates only reinforced the fact that I made the right choice.