The good, the bad and the spooky

Halloween movies to celebrate the season in a safe way 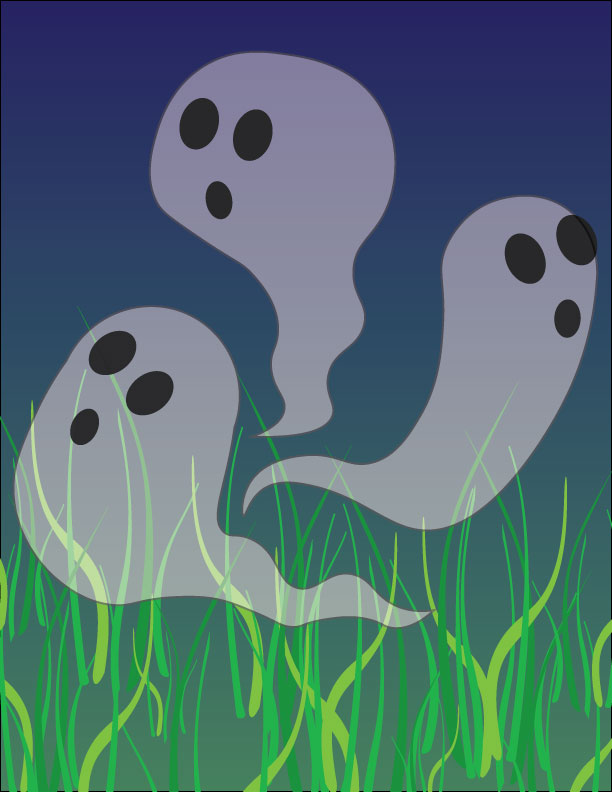 One of the most popular consumerist holidays will look very different this year. Amid the COVID-19 pandemic, Halloween traditions such as trick-or-treating and costume parties are being canceled to prevent the spread of the virus.

Despite the risks associated with the more social aspects of Halloween, there is no reason to cancel the spookiest season of the year altogether. One of the best ways to get into the fall spirit is to get some hot apple cider, dress up with your roommates and turn on a Halloween flick.

However, there are many different genres within the category of Halloween movies. To help you decide, here is a selection of several genres of classic, scary and downright ridiculous Halloween films.

No spooky season is complete without watching at least one original Halloween movie with your friends or family. These classics are typically older but have held their own over time and are just as enjoyable now as they were growing up.

My first recommendation is probably the single-most common thread between any article about Halloween movies, “Hocus Pocus.” Released in 1993, “Hocus Pocus” is about Max Dennison, his sister, Dani, and his friends as they fight against the evil witches, the Sanderson sisters, played by Bette Midler, Sarah Jessica Parker and Kathy Najimy. With iconic actresses, quotes and costumes, “Hocus Pocus” is an absolute must-watch for a nostalgic Halloween season.

“Hocus Pocus” is available to stream on Disney+.

While “Young Frankenstein” could definitely also be considered a classic, it is one of the funniest Halloween movies I have seen. The 1974 film starring Gene Wilder is about a descendent of Victor Frankenstein, Frederick Frankenstein. After he inherits the estate of Victor following a relative’s death, Frankenstein decides to follow in his ancestor’s footsteps and attempts to reanimate the dead. When Igor, his assistant, steals the wrong brain, their experiment takes a dramatic turn.

“Young Frankenstein” is available to stream on Hulu.

Another set of classic Halloween movies are the four “Halloweentowns.” These Disney Channel original movies are about Marnie Piper, portrayed by both Kimberly J. Brown and Sara Paxton, as she goes from a 13-year-old girl to a witch. “Halloweentown” and its sequels capture the warm childhood feeling of Halloween with fun and mysterious characters.

Horror movies may not be for everyone, but they have become synonymous with Halloween. Whether you love the adrenaline rush of a scary movie or just want to see your friends freak out, these movies are for you.

Although the internet has turned it into a joke multiple times since its release in 2014, “The Babadook” is an essential thriller. The film is centered around a single mother and her troubled son as they are harassed by a haunted pop-up book. Not only does the movie have jump scares and a genuinely creepy antagonist, it also pushes the stress and pain of the mother onto viewers.

“The Babadook” is available to rent and buy from the iTunes store and Amazon Prime.

Personally, my favorite horror/thriller movie is “Get Out,” directed by Jordan Peele. “Get Out,” released in 2017, is a very unsettling film surrounding Chris Washington, played by Daniel Kaluuya, as he realizes that his girlfriend and her family are much more sinister than they appear to be. Peele won the Oscar for Best Original Screenplay for his work on “Get Out.”

“Get Out” is available to rent and buy from the iTunes store and Amazon Prime.

To balance out the horror films, round out your Halloween movie marathon with a laugh. These insanely absurd movies are so bad they are actually good, making for a fun end to a spooky night.

As the newest movie on this list, Adam Sandler’s “Hubie Halloween” provides an equally fresh and bizarre story about Salem, Massachusetts’s local buffoon. Armed with his thermos, Hubie DuBois, portrayed by Sandler, attempts to keep his community safe as the people who find the most joy in harassing him go missing. This film is a confusing amalgamation of funny moments that is quintessential Sandler and Halloween.

“Hubie Halloween” is available to stream on Netflix.

Last, but certainly least, “Zombeavers” is easily one of the best worst movies I have ever seen. “Zombeavers,” despite having a 69% rating on Rotten Tomatoes, has some of the most atrocious acting and prop work ever seen in a film. The zombie beavers are puppets, but they look more like giant hairballs with white eyes and sharp teeth. If the movie wasn’t called “Zombeavers” I would have doubted that they were radioactive zombie beavers at all. Outside of the ridiculous looking props, the acting is no better than any slasher film, but at least that leaves something for audiences to laugh at.

“Zombeavers” is available to stream on Tubi.

Whether you are looking for a movie to bring back childhood memories, to keep you on the edge of your seat or you just want something to make fun of with your friends, Halloween is a great time to have a movie marathon with the people closest to you, especially in lieu of going out this year.