Adam Sandler: A man of his word 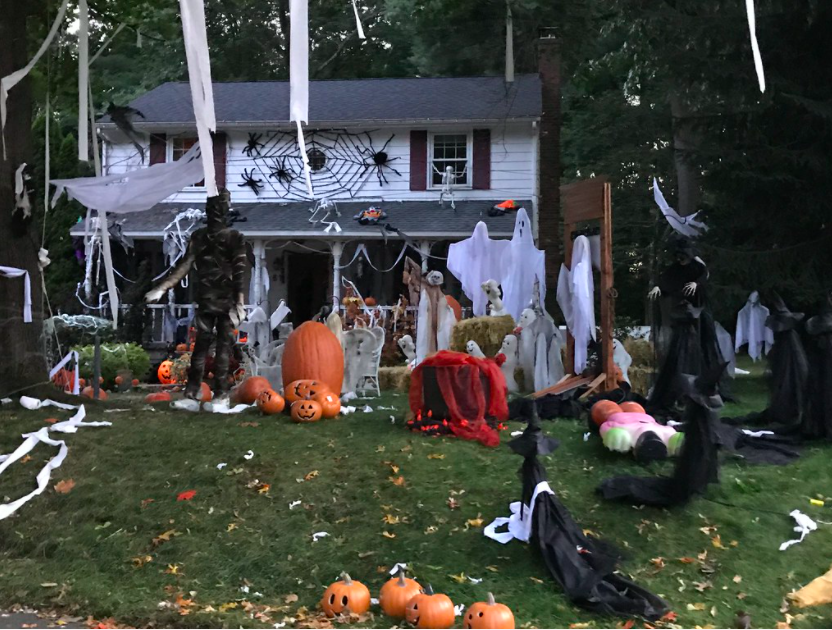 Adam Sandler and his best buds joined forces again in his acclaimed worst movie ever, “Hubie Halloween,” released on Netflix on Oct. 7.

Sandler intended to make his next movie raise eyebrows and receive low ratings after his Academy Award snub in “Uncut Gems.”

“If I don’t get (the Academy Award), I’m going to come back and do one again that is so bad on purpose just to make you all pay. That’s how I get them,” Sandler said in an interview on ‘The Howard Stern Show’ in December.

“Hubie Halloween” focuses on a Salem, Massachusetts volunteer, Hubie Dubois, played by Sandler, who is ridiculed by the town. Dubois dedicates himself to Salem as the official Halloween helper. His duties escalate from monitoring events to investigating suspicious activity on Halloween night.

It features the predictable theme of zero to hero. Dubois is continually put down by his peers and local children. The Salem police blacklists him from making complaints because they deem him to be delusional. Dubois is determined to protect his home and holds himself accountable if there is a problem. He accepts the responsibility of uncovering a mystery and earns appreciation from the townspeople.

“Hubie Halloween” promotes the message of believing in yourself despite others’ opinions. Dubois’ mother, played by June Squibb, appreciates the hard work her son puts in every Halloween. She advises him to stand up for himself and find bravery deep within. This scene empowers Dubois to push forward through the townspeople’s comments and continue to do what he loves.

Sandler wrote “Hubie Halloween” to be a revenge movie. However, the movie is a dedication to the late Cameron Boyce. Boyce co-starred as Sandler’s son in “Grown Ups” and had a lead role in “Hubie Halloween” before his death.

The tribute at the end of “Hubie Halloween” said, “In loving memory of Cameron Boyce. Gone way too soon and one of the kindest, coolest, funniest and most talented kids we knew. You live on forever in our hearts and are truly missed every day.”

“Hubie Halloween” features Boyce’s close friend Karan Brar as a stereotypical high school jerk, Mike Mundi. It was refreshing to see Brar play a character that was not an unpopular kid. Minority actors are typically seen on the movie screen as nerds that want to be the top of the class. The diversity card was subtle, but it is important to feature brown actors with different kinds of character development.

Sandler has full creative control over his movies. He owns Happy Madison Productions which produced Sandler’s classics such as “50 First Dates,” “Just Go With It” and “Mr. Deeds.”

Sandler has a common theme in production: his co-stars. They have been featured in a variety of movies. It feels like there is a Sandler cinematic universe. “Hubie Halloween” is not the first time Kevin James has a role of authority. James plays the town cop in the movie and also played the president of the United States in “Pixels.” Sandler’s wife, Jackie Sandler, has made cameos in multiple Happy Madison movies.

Sandler sticks to his roots. His movie projects are him and his friends coming together to have a good time. Sandler does not force his movies to impress a critic. His comedies may be a hit or miss when it comes to landing jokes, but that is his specialty.