Biden voters: here’s what to say to your Trump-loving friends 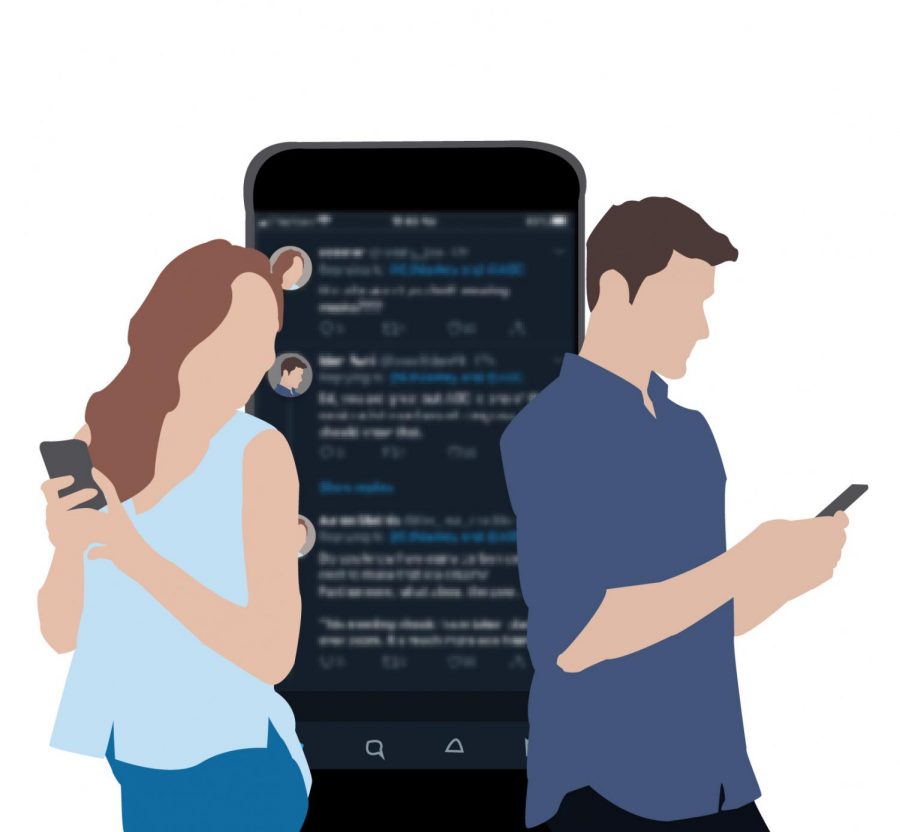 If you’re a Democrat, chances are you hate President Donald Trump and would love for him to lose the election that is now less than a month away. Chances are, not everyone in your life agrees with you.

For Democrats (and anti-Trump Republicans and Independents), it is often difficult to have a conversation with a Trump-revering friend, family member or acquaintance, especially as the election gets closer. As someone who has had some of these painful discussions myself, here are some tips for conversing with a Trump supporter that will allow you to share your opinion and debunk falsehoods in a civil and well-researched manner.

“But Trump has done so much for the economy!”

Under President Barack Obama in 2014, the rate of economic growth was higher than it is now. During the Trump administration, the best quarterly number in terms of growth was 3.8%. In comparison, Obama’s best quarterly number topped out at an average of 5.5%, according to the BBC, so Trump actually just inherited Obama’s economic recovery after the financial crisis of 2008.

The COVID-19 pandemic has triggered the largest economic setback in history. One way for Trump to help the economy recover is to help Americans feel safe about wanting to go out and about. But with more cases in the White House than all of New Zealand, it is hard for Americans to believe that the virus is in the past and that it is safe to go out and spend money again.

“What about the deficit?”

Government spending helps the country, especially in times of crisis like the COVID-19 pandemic. It is important for governments to spend money when it comes to life or death matters like acquiring personal protective equipment or giving Americans stimulus checks. When there are budget surpluses, less money circulates in the economy —-—  for this reason, many investors actually prefer a deficit.

Secondly, one main way we can reduce the deficit is to cut back on military spending. Trump’s military budget, submitted to Congress in February 2020, is the largest since World War II. Since we are not in World War II, this amount of spending is absurd and merely adds to the deficit.

Thirdly, according to reporting from the New York Times, Trump paid $750 in taxes in 2017. This sort of evasion is not helping the deficit.

“The Democrats just want to take away our guns.”

Joe Biden has no plans to take away anyone’s guns. However, he does intend to regulate them to help prevent instances like the Sandy Hook and Parkland school shootings that shook the nation and stole innocent lives.

Biden hopes to ban the manufacture and sale of assault-style weapons, but those people that already own such weapons will not have their guns taken away. Biden will offer a “buy back” program for those interested in selling their guns back to the government, if they wish.

“The Democrats believe in socialized medicine.”

Additionally, a higher number of Americans are uninsured under Trump than Obama.

Several protests occurred in Washington, D.C. after the death of George Floyd at the hands of police. Trump tear gassed the protestors outside the White House and stood in front of a nearby church he never attended and held a Bible, upside down for a photoshoot.

“He used violent means to ask to be escorted across the park into the courtyard of the church,” Bishop Mariann Edgar Budde of the Episcopal Diocese of Washington said to NPR’s Morning Edition on June 2. “He held up his Bible after speaking (an) inflammatory militarized approach to the wounds of our nation.”

In previous interviews, when asked what his favorite Bible verse was, Trump could not come up with one. He has even mocked Vice President Mike Pence for his highly religious stance. According to a piece in U.S. News and World Report, Trump would ask people who just met with Pence, “Did Mike make you pray?”

Biden is a practicing Catholic.

“I am pro-life, so I have to vote for the Republican.”

The notion of pro-life would insinuate that the party you support is anti-death. The “pro-life party” supports several policies that lead to more deaths of human beings than abortions do. Whether you consider the fetus to be a person or not, you cannot ignore the numerous Trump policies that have led to the death of already-born human beings.

In 2017, 15,549 people died from gun violence, according to thetrace.org (in 2016 the National Rifle Association donated nearly $30 million on behalf of the Trump campaign according to Fortune Magazine).

In 2019, 1,099 people were killed by police, according to mappingpoliceviolence.org (Trump opposes police reform).

A catastrophic 8.5% of Americans were uninsured in 2018, which was an increase from the year before. It is estimated that 45,000 people die each year because of a lack of health insurance. USA Today reports that the number of uninsured Americans grew by 2.3 million under Trump.

Over 212,000 people have died of COVID-19 as of Oct. 8. NPR reported that Trump could have saved an estimated 36,000 lives if he had put social distancing in place just one week earlier.

These are some interesting statistics for someone who claims to be in favor of the living. If you want to be anti-abortion because you care about saving lives, then hold your vote for a candidate who is anti-abortion and also cares about living human beings outside of the womb.

“I am a Proud Boy and a white supremacist.”

Do not engage in conversation with this wing of the Republican Party. To attempt to argue with a racist is to give credence to their opinion and acknowledge it as a valid alternative to anti-racism. Discussing topics like healthcare, abortion and the economy is appropriate. White supremacists do not deserve one second of your attention. Devote the time you would have taken on this conversation to donate to Black Lives Matter or another organization actively working to push anti-racist policy initiatives.

If your friend is still not sold on your arguments, they may be too far gone. Something frightening about Trump followers is their slow resistance to accepting the truth as the truth. Don’t get yourself worked up. You tried.