LGBTQ Quinnipiac students see themselves in all forms of media 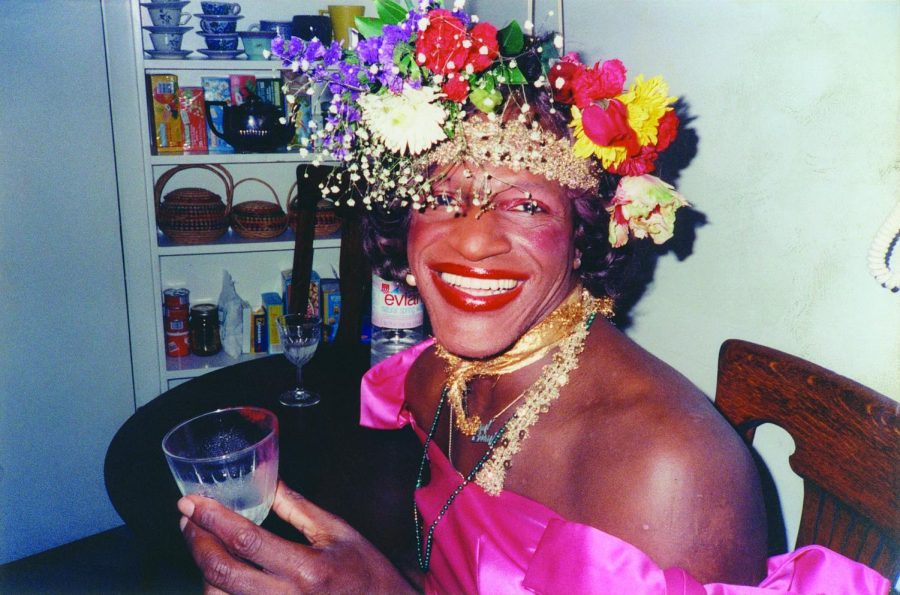 In 1997, Ellen DeGeneres and her sitcom character, Ellen Morgan, came out as lesbian. Morgan was the first openly LGBTQ main character in a television show. Since then, the LGBTQ community’s representation has grown and acquired a positive connotation.

According to the the Gay and Lesbian Alliance Against Defamation (GLAAD), 23 years later, roughly 10% of regular characters in current television shows identify with the LGBTQ community. About 18% of films released in 2018 featured at least one LGBTQ person and several authors have written books about LGBTQ characters.

In 2020, with one out of three LGBTQ Americans facing some form of discrimination (which increases to three out of five transgender Americans), according to American Progress, good representation in the media is more important than ever.

While there are several archetypes that the media uses to portray the LGBTQ community, President of the Gender and Sexuality Alliance (GSA) and senior psychology major Athena Cuttle said the best representation comes from characters who are more than their sexuality.

“I mean in the past, if you watched older TV shows, it was very stereotypical LGBT(Q) representation, and it was almost like a slap in the face to see some of the representation they were showing,” Cuttle said. “It just put the community down, which wasn’t ideal. Now, they’re starting to make it a little bit more normalized, which is nice.”

One show in particular that Cuttle thinks helped normalize the LGBTQ community was the show “Queer Eye.” The show initially ran from 2003-2007, with a group of five gay men doing  makeovers on other men, who mostly identified as straight. Netflix rebooted the show in 2018 with a new “Fab Five.”

Cuttle also recommended one documentary to help people educate themselves on the LGBTQ movement, “The Death and Life of Marsha P. Johnson.” Marsha P. Johnson was a Black transgender woman who was at the forefront of the New York City LGBTQ movement and the Stonewall riots. In 1992, she was found dead in the Hudson River. This documentary explores the independent investigation of her death and the legacy she left behind.

The riots began when police raided the Stonewall Inn, a gay bar in Greenwich Village, in June 1969. For six days, protests, demonstrations and brawls ensued. This uprising is one of the main ignition points for the LGBTQ liberation movement.

If nonfiction media is not really your style, another show with great LGBTQ representation is “Sex Education” on Netflix. One character in particular, Eric Effiong, played by Ncuti Gatwa, is an example of a well-rounded gay character. Despite Effiong’s character featuring some hallmarks of a stereotypical gay man, he is far more than his sexuality. One of his major plot arcs surrounds his lack of talent in playing the french horn, which he loves.

It is important to note that LGBTQ representation goes far beyond the United Kingdom and the United States. Mary Vidallon, a junior nursing major, recommended the South Korean film “The Handmaiden.”

“I feel like the writers put great care in their characters’ development,” Vidallon said. “Any piece of media that puts in a conscious effort in the creation of the world and how their characters interact (with it), results in a well-rounded story.”

She also recommended the book “Aristotle and Dante Discover the Secrets of the Universe” by Benjamin Alire Sáenz. It is a coming-of-age novel about two teenage boys as they overcome repression and come to terms with their sexualities.

Another novel that features a complex LGBTQ character is “Symptoms of Being Human” by Jeff Garvin. The book is about Riley Kavanaugh, the gender-fluid child of a conservative politician. Kavanaugh vents about their struggle with their gender identity on a Tumblr-esque blog. When the blog gains a sudden following, Kavanaugh realizes that they have more power than they thought.

“Symptoms of Being Human” handles tough topics such as suicide, so not all readers may enjoy it. However, it has a complex and realistic portrayal of the gender-fluid experience. Overall, it is a story of acceptance and connection with others.

Although it has been 51 years since the Stonewall Inn riots, violent acts against members of the LGBTQ community continue. One example of such atrocities was the murder of Matthew Shepard. The documentary “Matthew Shepard was a Friend of Mine” explores Shepard’s life through the memories of his friends and family.

Organizations such as GLAAD are dedicated to ensuring that acceptance of the LGBTQ community continues to progress. Each year, GLAAD conducts studies recording LGBTQ presence in the media. According to its website, it also gives out awards to “fair, accurate and inclusive representations of the lesbian, gay, bisexual, transgender and queer (LGBTQ) community and the issues that affect their lives.”

There are about 10 million members of the LGBTQ community in the U.S. alone. Chances are, you know one yourself. Good and fair representation is vital to the acceptance of them both in the U.S. and across the world.

“Having LGBTQ characters become part of nuanced processes and stories can be a validating and self-affirming experience to the LGBTQ community,” Vidallon said. “With every piece of media including LGBTQ characters that wholly represent the diversity and range in artistry in the community, more people can understand and even find connections to LGBTQ people.”