The show goes on

The Quinnipiac Theater Department to showcase 'Love and Information' this fall 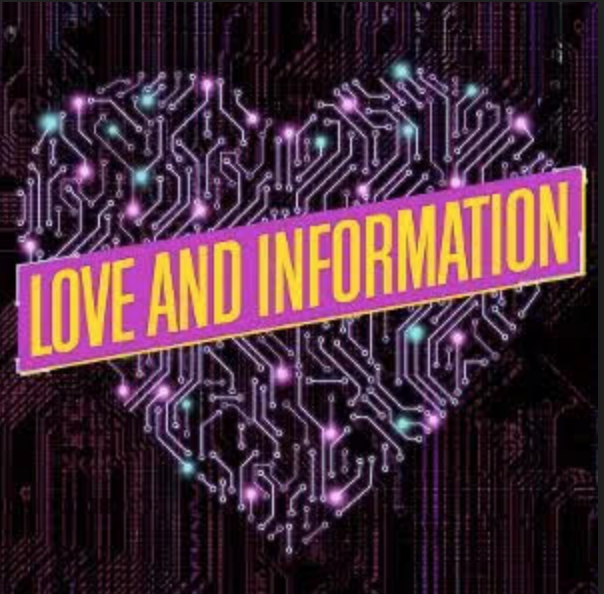 The Quinnipiac theater department is putting on “Love and Information” by Caryl Churchill from Nov. 12–15. It’s not just your average play.

The show is made up of 49 self-contained scenes, each addressing issues about knowledge, technology and most importantly, love, all modified for the COVID-19 pandemic.

“We hadn’t been casted, so everyone moved fluidly through scenes and roles, seeing what worked, what didn’t,” Stoeffler said. “Now we have our casted roles, and will work on projects like short films and general rehearsing throughout the month of October.”

With new COVID-19 guidelines, director of the program and associate professor of theater, Kevin Daly, was forced to think outside the box. Daly said the show will be hybrid. Some scenes will be live with socially distanced actors, while other scenes occur in a classroom, all actors are socially distanced and with masks on.

“There’s going to be scenes that happen down the hall in the classroom, and there can be like one or two audience members in there,” Daly said. “I think it’s really cool that there’s going to be some like aspect of live theater happening.”

The Quinnipiac film, television and media arts program will help to pre-film some scenes. Remote students will also be featured, with their scenes being filmed at home to ensure everyone is included. Audience members that come and view in person will have access to a screen to be able to enjoy all of the scenes that there are to offer.

Daly said he was unsure if a production was even going to happen this year due to the pandemic, and now that there is going to be a show, the club is excited.

A recent graduate of the Yale School of Dramas, Rory Telsey, is directing the play this year.

“Our general process is to reach out to directors that we really admire,” Daly said.

As for rehearsals, they are currently being held virtually. In-person rehearsals are likely to start in November.

Daly said that should you choose to attend the play, be prepared for a unique theatre experience. If you are an on campus student, you can attend in person for free, and if you want to tune in from home, the virtual experience is also free.

“The theater is alive and well at Quinnipiac,” Daly said.