Senior of the week: Simon Hillinger 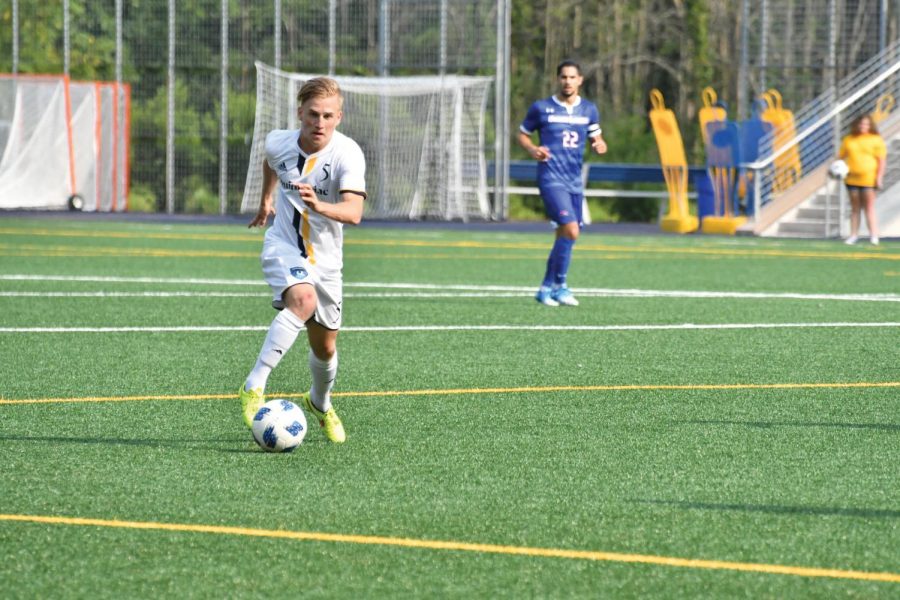 Standing at 5-foot-6 and 145 pounds, many would consider men’s soccer senior midfielder Simon Hillinger undersized, but that doesn’t deter him from making an impact on the pitch. Hillinger was born in Ditzingen, Germany, came to Quinnipiac University in 2017 and has been making his mark since.

Hillinger played in 15 games, making two starts as a freshman, tallying two goals and one assist. He even earned the Metro Atlantic Athletic Conference (MAAC) Offensive Player of the Week award on Oct. 23, of that year. He scored two goals in a game against Marist College, the first one sending the game into overtime and the second winning the match for the Bobcats.

The following season, he was named to the MAAC All-Academic Team. He appeared in nine games and dished out four assists, two of which came against St. Peters on Oct. 3. That season total made him the third-best facilitator in terms of number of assists. Hillinger saw his appearances nearly double as a junior, playing in 16 games and logging over 1,100 minutes while scoring four goals, which was tied for fourth most on the team. Hillinger scored twice in a 5-0 Quinnipiac win over Canisius on Oct. 19.

In 2019, Hillinger continued to perform, netting two game-winning goals, tied for third on the team behind sophomore forward Tomas Svecula and then-senior forward Eamon Whelan, as well as tied for fourth in the MAAC.

Before attending Quinnipiac, Hillinger played for the Hallescher U19 Team in the second-highest league in Germany. Going back to 2014, he was also a part of the German U16 Championship team and played for SV Stuttgarter, which competes in the second-highest U17 league in Germany. Hillinger earned second place at the 2014 Wurttemberg Cup and was part of the U17 North/Northeastern Germany Championship team. Hillinger was also a member of the U17 Sachen-Cup and U19 Sachen-Cup Championship squads.

While Simon may not be able to showcase his talent during a senior season that is lost due to the ongoing COVID-19 pandemic, a possible professional career could be in the works.