The future of sports is now 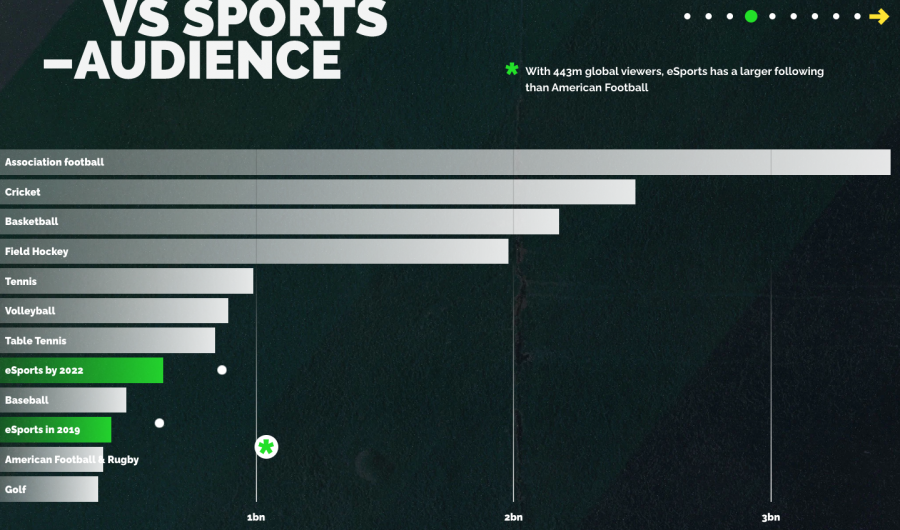 Club sports won’t take place on a hockey rink or a soccer pitch this fall. Instead, the athletes’ dorms will be the center stage.

Over the summer, Quinnipiac University announced it is expanding the club sports program to include esports for the fall 2020 semester to include more socially-distant activities in response to COVID-19 restrictions.

“For this fall, we really looked at what are some of the areas that we’re going to allow our students to be able to do,” said Michael Medina, director of campus life for recreation. “Following the majority of the fall sports and the Metro Atlantic Athletic Conference being cancelled, a lot of our governing bodies in the university decided that we weren’t going to have any club sport competition this fall, with the exception of esports because you can socially distance and be in your residence hall.” 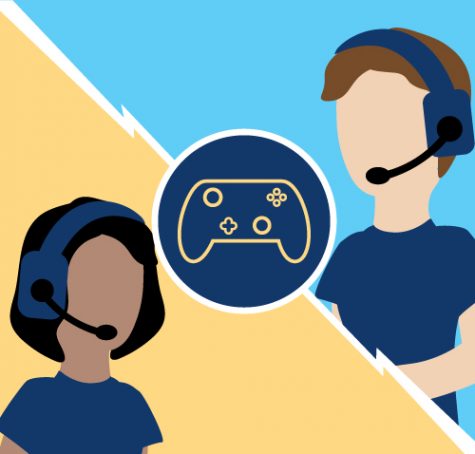 “For this fall, we do not plan on offering (‘Dota 2’ and ‘FIFA’) based off a lack of interest right now,” Medina said. “But I think as we start to see this program grow and get a little more publicity on campus, I think we will make it a strong effort to be as inclusive to all of the games that we can be.”

Before Quinnipiac expanded its club sports program to include esports, Medina said there had been various esports teams that ran out of the game design and development program where students could learn more about the business and the technical skills that go into making video games, while also competing with others online.

“We want to keep that partnership with the academic side of things in the game design … now as you look at the explosion of esports into a billion-dollar industry,” Medina said. “I think it would be a really cool partnership to have students who are learning how to write games and learn the business end of esports also be involved in our club esports program as well and it’s kind of a natural fit where a student who enjoys writing, coding and creating these games also is going to enjoy playing in games and competing against other students.”

Medina mentioned that club esports is a great way for students who might not have been initially involved in club sports to showcase their competitive drives.

“I think this group for us is going to bring a type of students who maybe would not have come into our facilities prior to this,” Medina said. “And that’s probably a little bit of a stereotype that we’re looking at a non-traditional athletic program, but at the same time it is a huge competitive area across the nation, so it’s important for us to continue to have diversity in our offerings.”

However, he also noted that there is more to esports and sports as a whole than just the competitive nature that makes the expansion worthwhile, especially in a socially-distant world.

“I think right now, given some of the social distancing limitations that we have, esports is a great way to meet other students on campus in that virtual setting,” Medina said. “There’s nobody on this campus who can’t connect to BobcatNet, so you have that ability to create a friendship and this team is now going to give an opportunity for students to create that team feel and represent the university when they go out there.”

Justin Ellis, club esports president and co-captain of the “Super Smash Bros. Ultimate” team, says he has been competing in tournaments for six to seven years and said he loves how the esports community can give students a deep sense of belonging.

“I think it’s really great that we’re developing this kind of experience for students to have a part of,” said Ellis, a senior English major. “I always think there’s an interest or connotation around esports where some people don’t consider it a real sport … but I think what it really does is what any sport does and that’s kind of create a sense of community and a group of people that you feel a belonging with.”

Ellis continued and said that this is a unique opportunity for first-year students who might be struggling to find new friends as the normal college experience has been vastly changed due to COVID-19 rules.

“I just think that anyone that has any interest, or has heard about it, or even really doesn’t understand esports and just likes playing the game, I just think it’s so important that you just pay attention and keep your ears open for these kinds of opportunities,” Ellis said. “To just go out and meet people that play a similar video game … I think, as far as the freshman class goes, this is a great opportunity for them to meet people.”

According to Green Man Gaming, esports is projected to have 645 million global viewers by 2022, which would surpass baseball in audience size. If esports continues its upward trajectory, it could make over $2 billion by 2022 and trail only the NHL, NBA, MLB and NFL in revenue.

With the amount of professional esports athletes tripling since 2014 and the amount of money that is being made in the industry, Medina says that there are a lot of opportunities for students in the club esports program to go pro.

“I know there’s a segment of people out there who are going to say esports isn’t a true, competitive sport, and I think when you look at the nationwide trend and the international trend or esports competitions selling out NBA arenas, and the NBA2k league that they have where those are full-time people making money,” Medina said. “There’s a lot more students in our club esports program that could go and make money off of this then some of our other club sports teams right now who are doing it on a recreational side.”

Ellis hopes that esports can grow and become even more popular among colleges across the country and thinks there will be a greater push for a more unified national esports program.

“(The EGF is) really trying to unify among all the conferences, not just the MAAC, Big 10, separately, they’re really working hard to make this a bigger picture thing that will actually go across the United States,” Ellis said. “I don’t think that’s going to come to fruition during my time at Quinnipiac, in my time in college, but by the time our freshman class is graduating I would expect a pretty heavy unity organization at that point among all colleges.”

With esports gaining popularity, Medina says it’s only a matter of time before the NCAA takes notice.

“You’re seeing at other universities there’s this blurred vision of is esports a varsity sport or is esports a club sport, is it a recreational group, and right now we have it as part of our recreation program, but I’m sure you can see in other universities they’re doing it as a varsity esport,” Medina said. “It may only be a matter of time before the NCAA starts to explore whether they want to get involved in creating a championship for it.”