Hamden impacted by West Coast smoke this past week 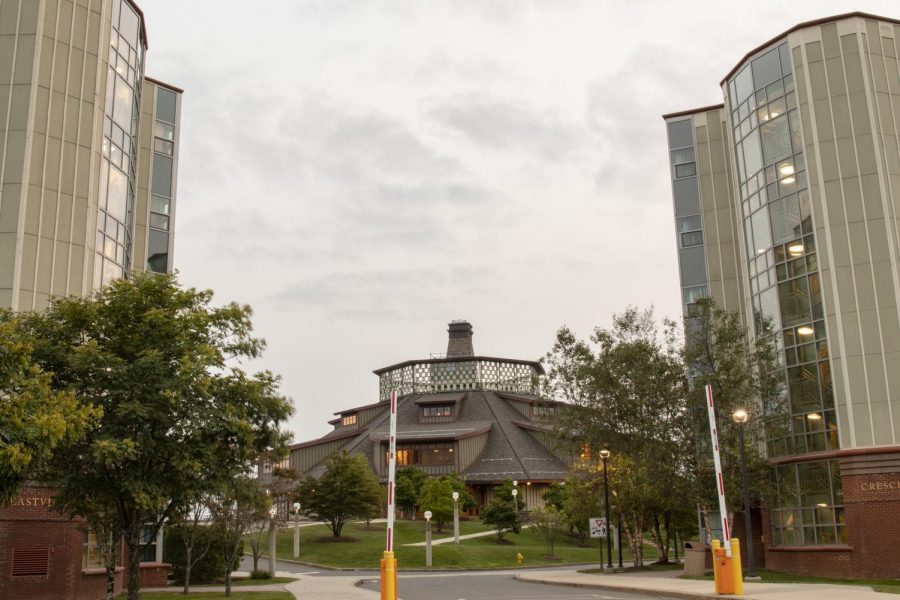 Connor Lawless/chronicle The hazy sky over Quinnipiac’s campus was impacted by the wildfires in the western United States last week.

The West Coast wildfires have caused the sky in Hamden to be covered in smoke, leading to some Quinnipiac University faculty and students to question the impact of wildfires.

For the past couple of weeks, California, Oregon and Washington have suffered multiple fires, which have leaving 35 dead and thousands of others forced to evacuate their homes, as reported by the Boston Globe.

Grace Martin, a senior in the Athletic Training program, grew up in California and her family is still there. She said her friends and family are safe, but the air quality has been severely impacted.

“Local officials warned everyone to stay inside and not go out unless they really need to,” Martin said. “My brother sent me pictures of our neighborhood, and I saw ash dusted over on all of the cars and the skies were dark, gloomy and just gross.”

This past week, residents in New England were able to catch a glimpse of these destructive fires as the smoke reached the eastern part of the United States, according to Gil Simmons, chief meteorologist with WTNH/NEWS8. 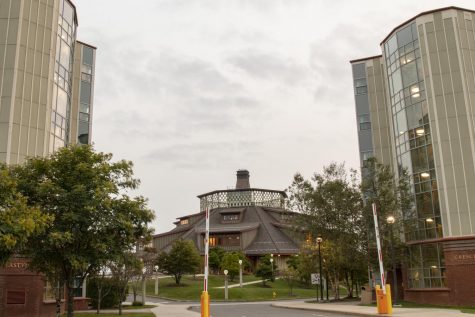 Simmons said there was so much smoke in the western part of the U.S. that when it rose 15,000 feet into the atmosphere, the jet stream’s strong winds carried the smoke all the way to Connecticut.

“That’s why the sky looks sort of dull, and you look up and it’s just kind of gray but you don’t see a cloud outlined,” Simmons said. “It’s almost like somebody pulled a thin sheet where you could still see the light coming through but you see mostly the color of the sheet.”

The smoke is so thick, according to Simmons, that it is expected to reach Europe after passing through New England early this week.

“The smoke over Connecticut will likely make a trip over Iceland and all the way over to Norway,” Simmons said. “We know the Earth is big, but in some ways, this makes it seem a little smaller.”

Sam Edwards, associate professor of legal studies, who teaches Introduction to Environmental Studies, views these fires as a reminder that climate issues are not as far away as they may seem.

“It saddens me to consider the impacts on humans and non-human animals from these tragic fires,” Edwards said. “Research suggests that ‘ethics declines with distance.’ A fire across the country elicits a different response than one that is closer to where you live. The fact that the smoke from these fires can be seen here makes it so that people are more likely to care.”

According to NASA, lightning sparked many of the fires, but it was the “record-breaking air temperatures, periods of unusually dry air and blasts of fierce winds — on top of serious drought in some areas,” that caused the intensity.

“When I was growing up in California, it definitely wasn’t this bad,” Martin said. “We always knew about fire season and had occasional fires, but it has significantly gotten worse. It is alarming to see how quickly it has progressed in my lifetime.”

Since the fires are so powerful, they are producing significant levels of carbon emissions, according to NASA.

Martin said in order to reduce the severity of the fires, serious change needs to occur in terms of climate change.

“It is definitely a global issue that has various social, economic, political and moral aspects,” Martin said. “We can start with a general commitment to reduce the flow of greenhouse gases into the atmosphere. It will take a lot, but we have to just start caring.”