No purpose in political parties 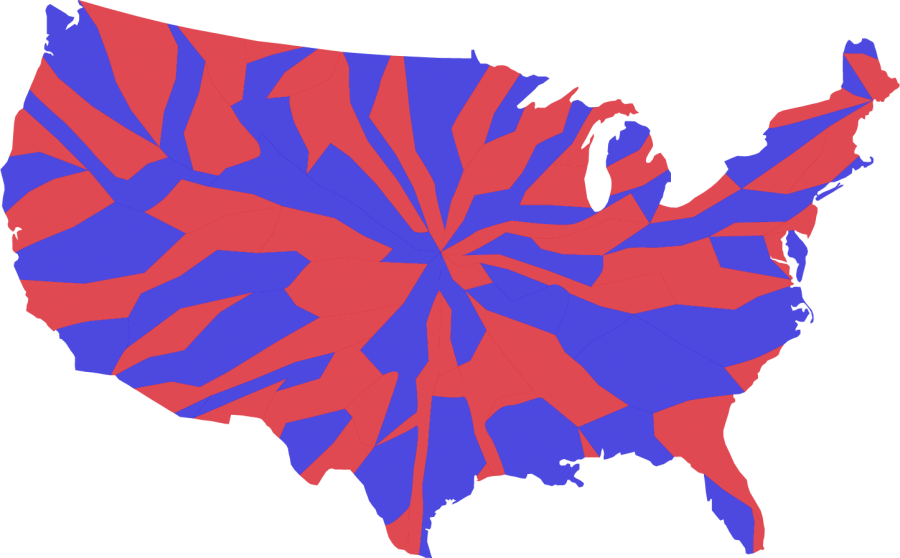 Former President John Adams notably shared his fears about hyper-partisanship in the United States, fearing “… a division of the republic into two great parties …This, in my humble apprehension, is to be dreaded as the greatest political evil under our Constitution.”

The United States has now become the divided republic that the Constitution’s framers feared. This has created a deep divide within the country, where people are unable to accept one another and their differing views. Thereafter, causing not only society to fail at reaching an agreement on policies and issues, but more importantly, our political leaders.

The two-party system has existed for centuries, with an initial purpose to ensure that Americans felt that they were heard and represented accordingly. However, now more than ever, its current standing is focused on conflict and gaining power.

As soon as there is hyper-partisanship, there is a divided government — which means that there are people unwilling to settle on issues or policies for the state — who would rather focus their energies on undermining the opposition. There is no compromise — just resistance.

The consequences of political parties go beyond how it affects our checks and balances system. For example, an individual stating their party affiliation is enough to divide their personal relationships.

If someone were to say they are a Democrat, they would be told they are a snowflake who backs socialism and if they were to say they are Republican, they are a racist, pro-life and privileged person. Despite not even stating what policies and politicians they stand by, they are grouped into the stereotype befitting the party they state. It is appalling that the way in which we view others can be entirely reshaped by knowing which political party they are affiliated with.

Indeed, it is difficult to separate political views from your relationship with another person, as we are predisposed to think that just because someone does not share our exact views on any subject that one automatically would not align with your beliefs. However, there are solutions to this; two stand out the most.

It would be ideal to remove political parties altogether, as they are divisive and they cannot represent every moral or belief that a person has. Furthermore, both hurt the state, because politicians are not focusing on the good of the country, but rather the good of their party.

Today’s politicians spend too much time trying to undermine the opposing party or delay any progress toward the creation of laws or bills for the country. The dissolution of political parties would solve this, as politicians would be working all together, rather than separated by party lines.

What would a party-free election look like? Foremost, the popular vote would take precedence over the electoral college. The primary elections would still take place as there could be a plethora of candidates running for office; it would be essential to have a run-off general election of two candidates with popular vote from the primary.

Moreover, the general election would be similar to the primaries as the two candidates would run against each other and the one with the popular vote would be elected into office.

Although I firmly stand with the idea of breaking away from political parties, I understand how difficult it would be to immediately do this, so there has to be another way to lessen the detrimental impact they cause on society. For example, there must be an emphasis on being open-minded to others’ opinions without shutting them down at the first sign of disagreement.

Of course, there are some exceptions such as any hate speech or racism but judging a person by which party they affiliated with without knowing the exact points that they accept and follow is wrong.

People tend to stray away from facts and drive forward impulsively with emotion — a majority of the time when people disagree they tend not to listen to what the opposition is saying and just think about how to defend their one-sided view.

Learning to understand and respect one another on various topics and issues is essential to having a fairly-run government and society.

The U.S. has undergone many political reforms in its history; it is probable that this will happen again soon. One thing is for certain: if the deep hyper-partisanship that is driving the country into further divide is not resolved soon, the state will fall into even more civil unrest.