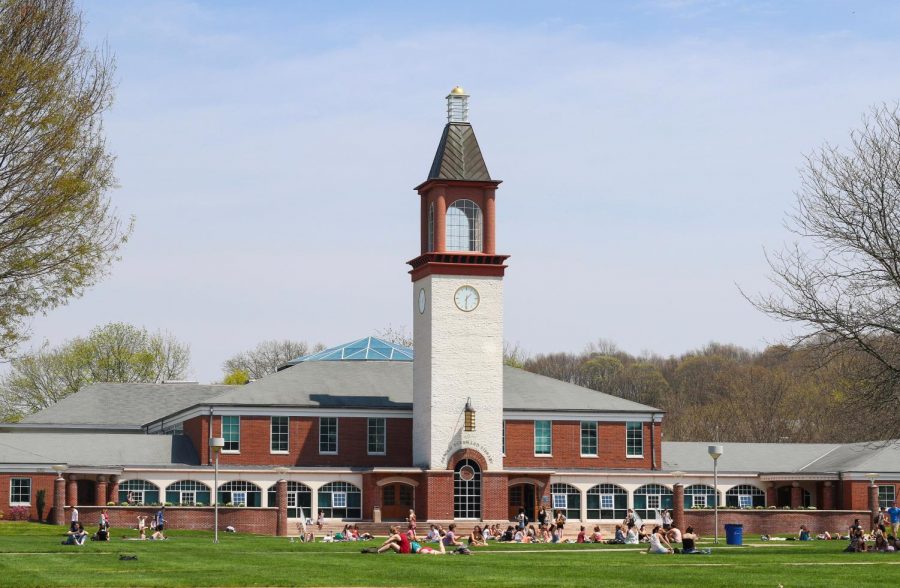 Ten public safety officers were laid off at Quinnipiac University due to budget cuts in June, leaving the department understaffed and overworked during a semester that has more safety and security requirements than usual.

The department’s diversity took a severe hit as all of the LGBTQ+ officers, 33% of the Black officers, 50% of the female officers, 44% of the international officers and 13% of the white officers were laid off.

“They had to lay off by seniority and they did that … they laid off the last five years worth of employees,” said Paul Violano, president of the Public Safety Association. “We’re going to be running short, and aside from that, we’ve changed the demographics of our force based on what just took place. Could they have looked at other departments to lay off people?”

Public Safety makes up 4% of all of the university employees, but its force was reduced by 20%. The department now consists of 45 officers, but Violano said it should have a staff of about 70.

“Typically, you need 15 to 16 officers per shift to fully staff the university,” Violano said. “We’re going down to nine or 10, so that’s four or five spots that are going to go uncovered or unchecked.”

Michael Romano, a public safety officer, said having a smaller force during the COVID-19 pandemic is going to be challenging due to the new restrictions along with potential medical emergencies.

“Eliminating 10 more positions only ensures that Public Safety will not be able to maintain the campus safety that I have witnessed and personally performed over the last 10 years,” Romano said. “It will not be for lack of effort on our part, but a third of our positions will probably not be covered.”

Typically, officers are available to respond to calls for unlocks, transports, fire alarms and student crises. With the decreased staff, the response times to calls will increase.

“There’s just a myriad of things that happen on a daily basis where we’re just going to be short,” Violano said. “We could step it up to some degree, but one guy can’t be in three places at the same time.”

Public Safety receives numerous calls a day related to medical emergencies, and with the reduction in staff, it could create a dangerous situation for students.

“What you don’t want is someone calling up their parent and saying ‘I haven’t been able to breathe and I’m waiting for someone to show up and no one is coming,’” Violano said.

As president of the Public Safety Association, Violano represents the force during issues such as layoffs. He said since the department is a union, the university notified them prior to the layoffs occurring.

After the notification, Public Safety held four meetings with Human Resources  in an attempt to avoid the layoffs from happening.

“We had just gotten done with a three-month payroll deduction that we agreed to, and at the end of that they said ‘we’re going to lay you off,’” Violano said. “They were getting rid of 10 people no matter what, so all of our talking and bargaining was for naught.”

Had they changed which officers were cut, Violano said that the layoffs would not have impacted the diversity within the force as much.

“What type of message is sent to the student body, as well as the faculty, when Public Safety has been stripped of its diversity?” Romano said. “We interact daily with university life, and are seen by all. Unfortunately, we may appear to all look the same.”

Diversity in the security department on campus is essential in helping to  make students feel safe on campus, and Violano said safety should be the main priority of the university.

“Students in crises or students dealing with roommate problems feel more comfortable talking to certain people as compared to others,” Violano said. “What confuses us is that President (Judy) Olian is trying to institute more diversity into the university — we understand the economic issues that are going on, but when it comes to safety, there’s no price on safety.”

The layoffs are also causing officers to more frequently work longer hours. If someone calls out sick or is unable to attend work, an officer who is already on campus will be mandated to work overtime.

“Now you have tired officers working 16-hour shifts because you’re short on people but you need stuff to be filled,” Violano said. “It’s just not realistic. It’s like having nine math classes but only three teachers.”

Violano said the officers will miss being able to interact with the students as that is what makes the job rewarding.

“We all look at you as though you’re our kids,” Violano said. “We’re there to protect you. Sometimes it’s just saying ‘come on, you can make this test, come on, you can do this.’ We’re just not going to be there to do that. We’re not there to have personal connections, that’s not our job and our function but it’s a part of our everyday work environment.”

The upcoming semester is expected to be full of challenges and Violano doesn’t anticipate it being easy for the officers.

“We’re in the World Series, Game 7 and we’ve only got one pitcher, and it’s the start of the game and you ain’t getting any relief,” Violano said.

Update: John Morgan, associate vice president for public relations, released a statement on behalf of the university in regards to the Public Safety layoffs.

“The university’s Public Safety Department remains well staffed and fully equipped to provide around-the-clock coverage to support the full range of student needs across our three campuses,” Morgan said. “When determining positions impacted by the reduction in staff, administration and the officer’s union agreed to use length-of-service as the decision criterion, which means that the order of layoffs was strictly determined starting with most recently hired, to longest serving. We are continuing our determined efforts to advance diversity in all we do university-wide, including in hiring, student recruitment and retention, and across our curricula.”