Normalized Racism Toward the Asian Community 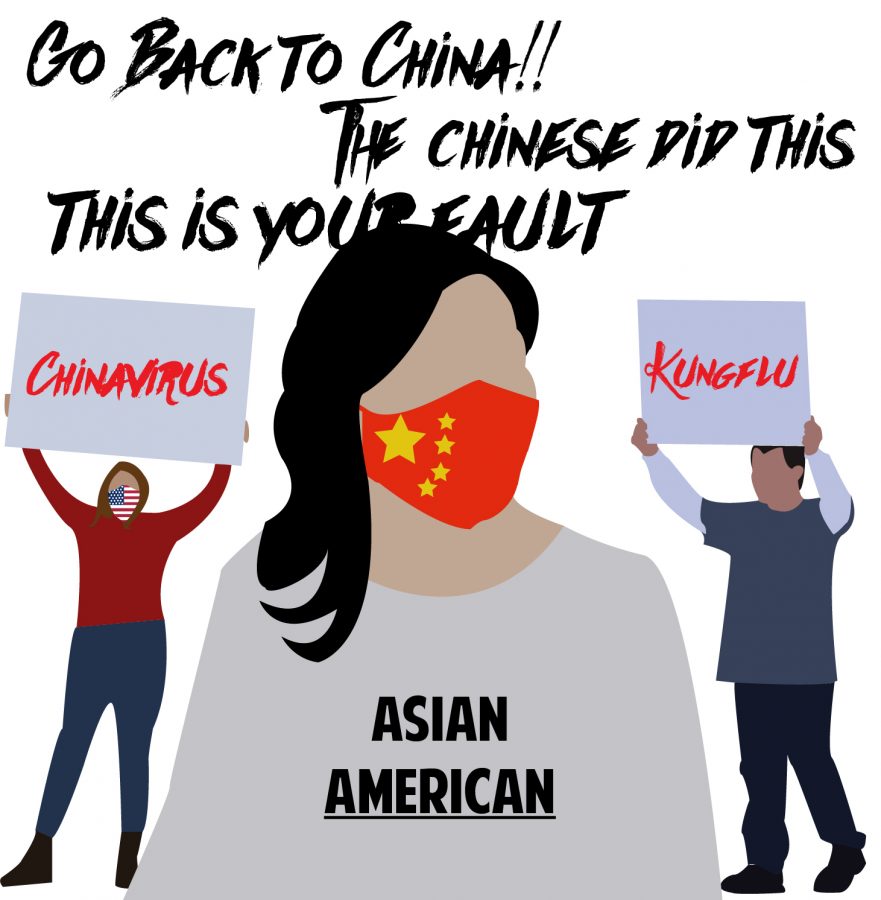 There needs to be steps taken to eliminate the prejudice that still exists in today’s society because somehow it has essentially been normalized for Asian Americans to encounter racial microaggressions. Based on personal experiences of growing up in this country as an Asian American, there have always been certain stereotypes that people make jokes about. People commonly ask about my math and science skills or wonder if I’m a bad driver and this is not usually a problem. But sometimes I feel singled out.

In this same way, I question if Asian Americans are fairly represented in the media. There are rarely any popular blockbuster movies that feature Asian American leads, and the ones that do are difficult to come by. As a society, we should be much more welcoming to people of color, especially since the United States features such a melting pot of people, evidenced by how many people immigrate seeking a better home. These microaggressions that minorities face are a step in the wrong direction. Instead, we should be focusing on progressing forward.

While it is known that people have inherent biases and judgments about other people, discrimination in the form of hurtful slurs or actions are wrongfully projected. Our society needs to begin taking steps forward, starting by learning how to be more mindful of how our words and actions affect other people.

Treating another person as our equal is difficult because as humans, we have a hard time admitting when we may be wrong. Unfortunately, due to this underlying ego issue, we are still unconsciously discriminatory toward others. It is nearly impossible to treat everyone with the same amount of fairness due to our judgments about every person, and because of this, society should strive for more compassion to draw out the hatred in the world. There would be more peace and respect if more people were willing to see from others’ perspectives by looking past their beliefs.

Given that we are stuck in quarantine due to COVID-19, it is apparent that our realities are shifting based on what is happening in the world right now. COVID-19’s spread does not give people the right to be xenophobic and racist toward Asian Americans. There is already such an uneasy sense of uncertainty surrounding what will take place in the future because there is no such thing as “normal” anymore. The economy will not be able to rebound as quickly as one might want it to, and social distancing practices must be kept up as more public places begin to reopen. Every person can have a slightly varied perspective of what is happening, and as a result of this individuality we possess because of human nature, we can all choose to believe in different truths.

One example that is directly related to this is the belief of all of the conspiracy theories surrounding the outbreak. In particular, it has been theorized that COVID-19 was manufactured in a Chinese lab and was purposefully released as a weapon to contain the world’s growing population. Based on which news outlets people choose to tune into, the truth from each side may be altered slightly in their favor. Politically, CNN tends to lean more left while Fox News tends to lean more to the right, politically. In regards to COVID-19, TV stations and social media platforms can have such a large impact on our society as a whole.

Any falsification can seem just as legitimate as any truth on social media platforms like Twitter, which makes it extremely problematic for claims to be spread because someone can tweet a statement that is later confirmed to be inaccurate. Since we are now living in a post-truth era, I think it is becoming increasingly prevalent that people believe what they want to hear and do not care as much about the evidence that supports it. Today, the way that the truth is being presented is just as important as the facts themselves, meaning that people’s credibility can be shot down if they do not sound trustworthy.

That being said, I have read numerous articles about the increase in racist attacks that Asian Americans have faced amid the spread of the virus lately. The president himself has used phrases such as the “Chinese virus” rather than using its medical and neutral counterpart “COVID-19,” but this is damaging because it perpetuates racist and xenophobic slurs. This can be proven with the increase in racial attacks toward Asian Americans since the spread of the virus. Language can be weaponized and used in this negative manner rather than being a way for people to express their thoughts about reality. It is simple to change one’s use of language to eliminate an act of discrimination.

As an Asian American, it has been so disheartening to hear of the mass stabbings and murders that have taken place as backlash for the virus finding its origins in China. I can only urge those in higher positions of authority to counter the hysteria that has been taking place and act on this by denouncing the racist and xenophobic remarks, as well as the other misinformation that fuels them. There need to be consequences in response to people defining others through violent and aggressive acts, hate speech or slurs. People need to be more cautious of the words they are using because they are hurting others, whether or not they realize it.