Quinnipiac University international students will not be affected by ICE ban 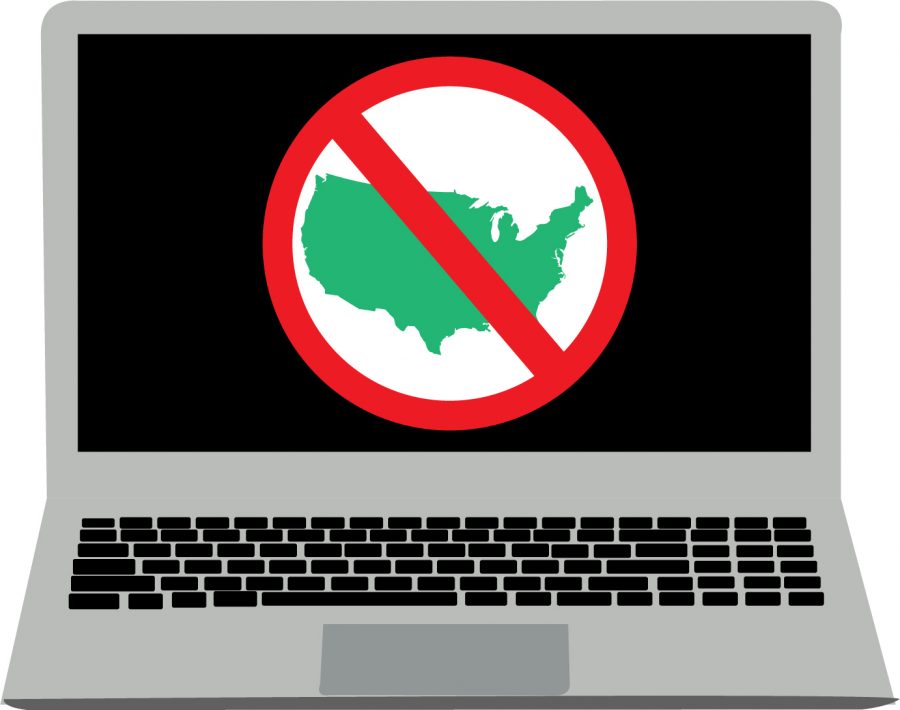 The Immigration and Customs Enforcement (ICE) and the Student and Exchange Visitor Program (SEVP) stated on July 6, that international students who attend schools that are utilizing online-only instruction for the upcoming semester cannot reside in the United States.

The decision is facing backlash from universities across the country as it poses a large risk to the international student population. The challenges of crossing national borders during a pandemic that involve travel bans and restrictions along with the threat of becoming infected with COVID-19 are what pushed universities such as Harvard and Massachusetts Institute of Technology (MIT) to sue President Donald Trump’s administration.

Quinnipiac University students will not be affected by these new guidelines as the institution will offer both in-person and online learning.

As long as international students who have an F-1 visa — a non-immigrant visa for people who want to study at a U.S. school — do not take all online classes, they are eligible to return to the United States for the fall semester. F-1 students must arrive on campus within 30 days of Aug. 24, according to the federal regulations.

Quinnipiac has released a statement saying that it will be accepting transfer students in order to help out any international students who may face having to return to their home country.

“We will also work with any affected students to see if Quinnipiac can support their ability to continue their studies in the United States as they had initially planned,” according to the statement.

“We at Quinnipiac University, as well as the international education community as a whole, are concerned and upset by this guidance that was issued by ICE on (July 6),” Driscoll said. “It directly targets and disrupts the lives and education of the hundreds of thousands of international students enrolled in colleges and universities in the U.S.”

Driscoll also discussed the lawsuits universities such as Harvard and MIT have issued, challenging the decision that ICE made. The suit seeks out a temporary restraining order as well as a permanent injunction against the policy.

“Many states’ attorneys general are pushing back against this and there is still much in the guidance that needs clarification,” Driscoll said. “And that is up in the air as this ruling enters the courts. So the information that we’re going to share today is based on the (July 6) guidance alone, but know that things may change over the weeks and months ahead.”

Mary Dudani, a rising senior criminal justice major who is the director of public relations for the International Student Association (ISA), attended the virtual meeting Driscoll held. She said the meeting provided information and answered questions that international students had.

Dudani said the ICE decision affects more than just whether or not international students can remain in the United States. One example is that when international students are in their native country and have to take a virtual, synchronous class, they often have to wake up in the middle of the night to attend the class.

Another issue is the travel restrictions that are in place around the world. It can be a difficult situation because each nation has different restrictions and regulations.

Isabella Diaz, a rising junior health sciences major and president of the ISA, also attended the virtual meeting, and said that if a ban is still in place in a student’s country in August, that student can take all of their classes online.

“With everything aside, Quinnipiac students are safe,” Diaz said. “Quinnipiac is being very responsive, and they have taken into account that some people are going to have to stay home in their countries. Everything will be able to be done online no matter where you’re from.”

As of July 14, the Trump administration has rescinded the ICE policy, allowing international students to reside in the United States regardless of their school’s method of delivery.