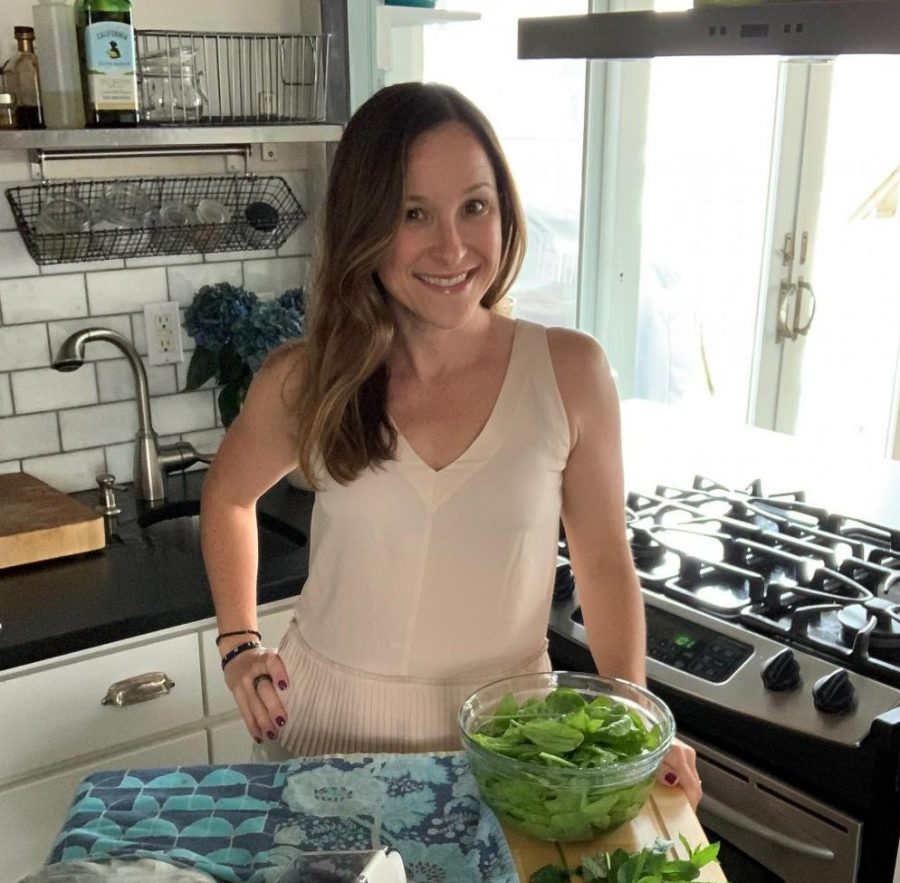 During quarantine, when home cooking has become more popular, Dana White, a clinical associate professor of athletic training and sports medicine at Quinnipiac and registered dietitian, published her fifth cookbook.

“Healthy One Pan Dinners,” which was published on June 9, includes 100 healthy recipes that are designed to be quick and easy to make.

“I have been telling people this is my favorite one, and I mean that because it’s very true to how I operate on a daily basis,” White said. “These are recipes that I kind of go to. (I’m) obviously super busy with work, I have three little kids at home. And I think it kind of resonates to everyone.”

White said she always wanted to write this cookbook, and some of the inspiration came from the popularization of sheet pan dinners.The simplicity of them stood out, but she wanted to shed light on other easy-to-use and affordable equipment such as a skillet, Dutch oven, multicooker and slow cooker.

To make things easier, White’s recipes include ingredients that families often have at home, according to Irena Kutza, a registered dietitian and recipe tester for “Healthy One Pan Dinners.”

“I would especially recommend this book for someone who is busy and looking to put a quick and delicious meal on the table with minimal prep and clean-up,” Kutza said.

Kutza also mentioned how the book changes the understanding of what dietitians eat.

“Dana’s cookbook is not the typical book you would expect from a (registered dietitian),” Kutza said. “The perception is that dietitians only eat ‘diet’ foods, but Dana’s book is a refreshing take on what a healthy meal can look like. You’ll find recipes using white flour and pasta which can be part of a healthy diet.”

White has always loved cooking even before publishing her first cookbook. However, she didn’t study nutrition until graduate school. First, she graduated with a degree in sports medicine from Quinnipiac in 2001.

Following graduation, she worked as an athletic trainer at Cheshire Academy where athletes would frequently ask her nutrition-related questions that she didn’t know how to answer. She also began realizing how nutrition affects an athlete’s performance. So, she decided to pursue a nutrition education degree from Columbia University Teachers College.

“As I started my education in nutrition, I kind of started off thinking I was only going to focus in sports nutrition,” White said. “But then I started realizing that I could also take my love of food and cooking and actually use that as part of my nutrition education degree as well.”

By not fixating on sports nutrition, White received a job alongside Toby Amidor, a registered dietitian and Wall Street Journal best-selling cookbook author, at a startup company after completing graduate school. Once the company went bankrupt, the duo became consultants and nutrition experts at Food Network. The two have held their positions for over a decade, and White refers to Amidor as her “partner in crime.”

“It’s been a really good partnership because we complement each other in different ways,” White said. “She’s a food safety expert. I’m a sports nutrition expert.  We have our little niches. But we have always remained like a 50-50 even relationship at Food Network. If they come to one of us and say ‘We have a separate project,’ we say ‘OK, well you’re going to get both of us.’”

Other than her role at Food Network and teaching classes at Quinnipiac, White is the sports dietitian for Quinnipiac athletics. She mixed her sports medicine and athletic training background with her culinary nutrition knowledge in order to help student-athletes maximize their performance with the proper diet.

“I also do cooking classes with (Quinnipiac) athletes,” White said. “I’ve actually been doing even more since quarantine happened, and everybody had to get sent home. I did at least one Zoom cooking class with almost every athletic team that we have, which was actually really fun.”

Whether it’s in athletics or everyday life, White understands how critical food choice is.

“The thing that’s so interesting about nutrition is that it can have just as big of a negative impact on your health as it can have a positive impact based on the foods that you choose,” White said.

The importance of nutrition is evident in White’s work, especially in “Healthy One Pan Dinners.” She not only provides readers with recipes that promote healthy eating, but also gives them the opportunity to do so with ease and with little clean-up afterwards.

“Within the cookbook, (White) uses a lot of fruits, vegetables, meats. She uses all the food groups,” Amidor said. “That’s part of (being) a registered dietitian and having balanced meals, that’s something that’s really important and she does that really nicely. … She uses it really nicely in her dishes that she creates, which just means you’re getting more nutrition in every bite.”