Quinnipiac student joins the cast of a TLC reality show 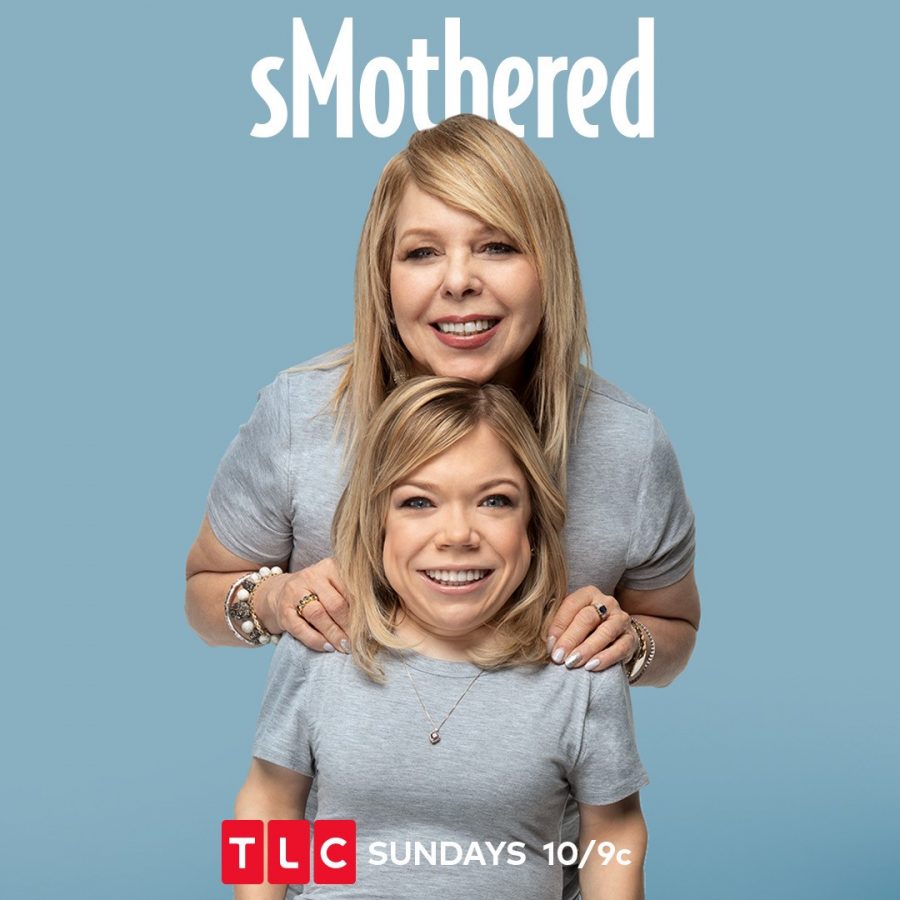 Alena Galan, a Quinnipiac graduate student, and her mom Marcia will star in a TLC reality show.

Receiving a job in the entertainment industry is Alena Galan’s dream. Now, she is one step closer to achieving it after joining the cast of the TLC reality show, “sMothered.”

Alena Galan, a Quinnipiac graduate student in the MBA 3+1 program, along with her mother, Marcia Galan, landed a spot on the show in September after taking a chance.

“It was all my fault,” Alena Galan said. “The type of person I am — confidence, dedication and compassion for inspiring people … To get on TLC, I was in my dorm and doing work, this was September. I was just looking around and I found a website. I was like ‘Oh my gosh. Look. There’s a mother and daughter. They look cute.’ So I started reading up, and I thought this would be a cute show for my mother and I because I wanted to have my own talk show that will be on TV. That’s when I was like ‘let’s see. Let’s just take a chance.’ I auditioned and filled out all of the paperwork.”

The show, “sMothered,” is about mothers and daughters that have very close relationships. Some of these duos take this relationship a step further by bathing and showering together. Because of some of the craziness that takes place on the show, Marcia Galan didn’t think the producers would cast her and her daughter.

“I said to (the producers) ‘I don’t take a bath with her. I didn’t do any of that stuff, so this might not work,’” Marcia Galan said. “I just said that’s the end of that. The day later, Alena ran into my room and said ‘they loved us.’ And I was like, ‘what do you mean they loved us? That’s impossible.’ So she said, ‘no, they want to cast us.’ So I said, ‘that can’t be.’ That was it.”

A lot of the filming took place during the fall, which meant that Alena Galan had to travel back and forth between Quinnipiac and her home in Briar Cliff, New York.

“What happened was that I was in school so I’m always at my dorm, and I am always with all of my friends,” Alena Galan said. “Sometimes when they had to film, they would Uber me all the way home and then I would go all the way back just for filming.”

During the fall, Alena Galan took 21 credits and finished her Bachelor’s degree in marketing in January. She aims to complete her MBA during the fall 2020 semester. In order to stay on top of her schoolwork while also filming for “sMothered,” she would stay up late in order to complete her assignments or even finish her work in the car going back and forth from filming.

“I was determined to get As, but also film and do what I love,” Alena Galan said.

On the show, both Alena and Marcia Galan discuss their relationship, but also Alena Galan’s medical history.

Alena Galan was adopted by her mother from Siberia, Russia when she was 3 years old. Shortly after arriving in the United States, she was diagnosed with mucopolysaccharidosis and needed a rare enzyme replacement.

“They told me that she was peaking and that she would die within five years,” Marcia Galan said. “It was unbelievable. Low and behold, the pharmaceutical company was working on an enzyme replacement. Alena was the first one in the Northeast that got it. It saved her life and because of that, she gets infusions every week for five hours.”

Now, it is known that Alena Galan’s disease is also known as Maroteaux-Lamy Syndrome or MPS VI. Both Alena and Marcia Galan give lectures to medical students and others about this rare disease.

“Alena has thrived and got bigger and better,” Marcia Galan said. “What she used to do when she lectured at the medical schools, she started singing. At the end of every lecture, she would get up and she would sing. Her whole face lit up. It was amazing. I think that was the beginning of her realizing that as she was giving back to everybody and they always remembered her, she also knew that was something positive and she could really excel in it.”

Singing is important to Alena Galan. After performing “This is Me” by Demi Lovato at Radio City Music Hall, she began to take professional voice lessons. She also auditioned for X Factor and made it to the fifth round. After that experience, she began to write her own music.

“My aunt introduced me to musical arts, and that’s what opened the door to becoming professional in writing my own music and the first song I wrote, ‘The Face of God,’” Alena Galan said. “That’s when I started really getting into it, and I performed at Carnegie Hall when I graduated high school that year before I went to Quinnipiac.”

While at Quinnipiac, Alena Galan is continuing to write her own music, but also is very involved on campus. Along with her own radio show called “Alena Galan’s Amazing Hour,” she has joined the Q30 newscast, worked for the technology center, starred in students’ films and spent time at the Peter C. Hereld House with her group of friends.

“I was just so blessed I got to go to Quinnipiac because I never thought that I would actually make lifetime friends and I did,” Alena Galan said.

The friends Alena Galan met at Quinnipiac mean the world to her.

“We were randomly placed as suitemates in Crescent our junior year,” said Danielle Goldberg, a spring 2020 health science graduate. “Our friendship quickly began and we are super close now, spending basically all our time together during the week and the weekends.”

Her group of friends also watch Alena and Marcia Galan on “sMothered.”

“I heard about the show during its first season last year, but I didn’t watch it,” said Erika Givre, a spring 2020 health science graduate. “Once I found out my best friend was going to be on it, of course I had to watch. So far I have watched every episode that has aired from the new season (season 2)”

After Alena Galan graduates from Quinnipiac, she is hoping to move to Los Angeles and pursue life in the entertainment business.

“Hopefully maybe singing and writing and recording my own music, but I would also like to be on television acting or maybe being in some movies or shows,” Alena Galan said. “I’m also hoping to be a role model for people with differences and little people too and people with medical issues. I’m hoping somebody picks me for something … We’ll see where this show takes me.”