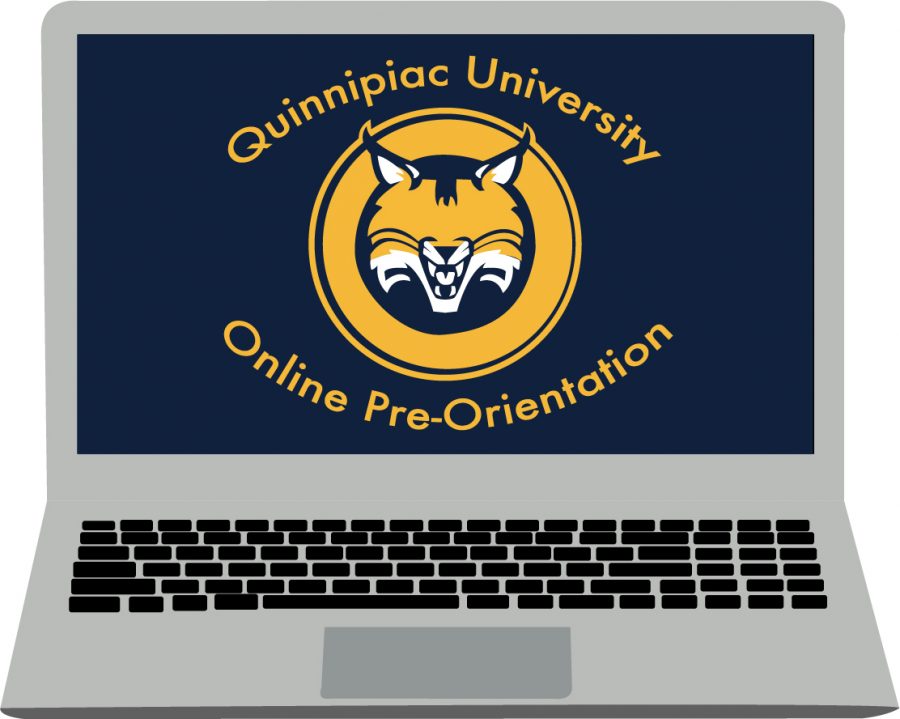 Even though orientation for incoming Quinnipiac students has been postponed to August, students must partake in an eight-week virtual program beforehand.

Erin Provistalis, director of campus life for student centers and student involvement, has created plans for both an in-person and a virtual orientation in August. A decision for how students will participate in the August orientation session will be made in the coming weeks.

“There will be things that will have to be cut down, but that’s part of the reason why we’re doing this pre-orientation,” Provistalis said. “What’s great about the pre-orientation is it’s allowing us to do even more than what we would’ve normally done just at the two-day orientation program. With anything right now, there’s a lot of moving pieces, and a lot of changes day-to-day.”

Provistalis said that although an online program was unexpected this year, she had been searching for a way to close the gap between the orientation in June and the start of the semester for incoming students.

“What’s ironic about this entire situation is I feel like this whole thing that we’re doing with pre-orientation has laid the foundation of what that bridge program will look like down the road,” Provistalis said.

The themes of pre-orientation will cover topics such as Quinnipiac’s history, residential life, student organizations, studying abroad and community service.

“I am very excited to become more involved with my first-years this summer because it will be a challenge for all of us, but it will be so cool to see all that we can accomplish through a screen,” said Joancy Espinal, a junior biology major and an orientation leader. “Being an orientation leader means that you are used to things not always going as planned and in reality you just have to be very comfortable with that. As long as my students see that I am trying to make this the best experience for them as I can and that they can get so much out of it, then it means that I have done my job correctly.”

Provistalis said that the program cannot be successful without the orientation leader staff, and that the leaders have been willing to face the new circumstances head on.

“One thing that has been great is the OL staff, who are in training now, they’ve been fantastic,” Provistalis said. “It’s really inspiring, and I’m excited the new students will get to work with such a good group of leaders.”

If orientation is on-ground in August, it will be a one-day session, with no overnight stay. Since the program will be reduced, Corey Windham, a junior graphic and interactive design major and orientation leader, said he will miss witnessing the students’ transformation at orientation.

“Students come into orientation with all types of assumptions about what orientation or college will be like and by the end of each session, those assumptions usually change for the better,” Windham said. “I’ve seen the quietest students come into a session and at the end of day one, they are talking and laughing with everyone in the group. It is an amazing thing to see, and that is why I do my job.”