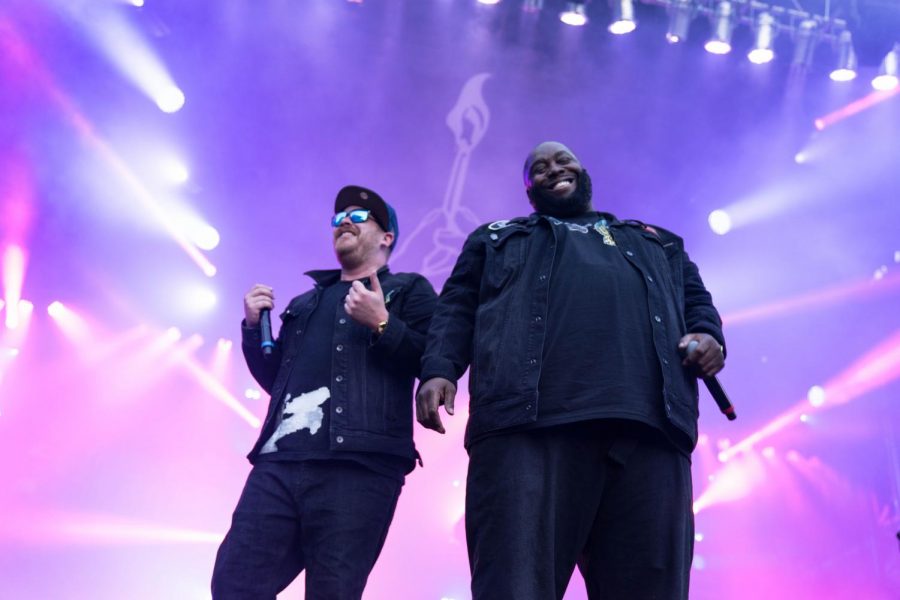 Unless you live under a rock, you know that millions of Americans are taking to the streets to protest the ongoing threat of police brutality that has ended numerous black lives across the country. The murder of George Floyd in Minnesota was just the match that lit the powder keg of revolution.

Atlanta rapper, Killer Mike, one-half of the rap duo Run the Jewels with New York rapper and producer El-P, held none of his feelings back in a press conference with Atlanta officials on May 29.

“I’m mad as hell,” Killer Mike said. “I woke up wanting to see the world burn down yesterday because I’m tired of seeing black men die. He casually put his knee on a human being’s neck for nine minutes as he died like a zebra in the clutch of a lion’s jaw.”

With tears flowing and his voice cracking, Killer Mike pleaded to the people of Atlanta to use this as an opportunity to make something good out of this horrible situation, even when it feels like their cries for help are going unheard.

“So that’s why children will burn it to the ground, they don’t know what else to do,” Killer Mike said. “And it is the responsibility of us to make this better right now. … So my question for us on the other side of this camera is after it burns will we be left charred or will we rise like a phoenix from the ashes?”

All of those raw emotions come to life in Run the Jewels’ latest album, “RTJ4,” which released on June 3.

The album starts with its lead single, “yankee and the brave (ep. 4),” which instantly captivates the audience’s attention with loud and hard-hitting snares that you can feel in your chest. The track features lyrics about robbing stores and fighting back against the police that are common in much of Run the Jewels’ previous work.

It’s not until the fifth track of the album, “goonies vs. E.T.,” where the duo’s stand against systematic oppression and police brutality takes center stage.

“Ain’t no revolution that’s televised and digitized,” Killer Mike raps. “You’ve been hypnotized and Twitter-ized by silly guys/Cues to the evenin’ news, make sure you ill-advised/Got you celebratin’ the generators of genocide.”

From that point on, “RTJ4” doesn’t look back and jumps straight into the most eerily-relevant  track of the entire album — “walking in the snow.”

The track addresses how people, especially minorities, are still enslaved by the racist and oppressive institutions that the people in power use to oppress the poor, citing the detention camps at the U.S.-Mexico border.

“Funny fact about a cage, they’re never built for just one group,” El-P raps. “So when that cage is done with them and you’re still poor, it come for you.”

However, it’s Killer Mike who drops the hardest-hitting lines in this entire track. In fact, his verse is so prophetic of the George Floyd killing that they seem like they were recorded last week.

“And every day on evening news they feed you fear for free,” Killer Mike raps. “And you so numb you watch the cops choke out a man like me/And ’til my voice goes from a shriek to whisper, ‘I can’t breathe.’”

These words hit like a ton of bricks because not only is it relevant to the murder of George Floyd, but also because it is a reminder that this problem isn’t new.

The line was originally in reference to Eric Garner, whose last words were “I can’t breathe” before he was murdered by New York City police. Black voices have been trying to warn America about the systematic killing of their people, yet nothing has been done and because nothing has been done, more black men and women are being murdered by racist cops. It’s a cycle.

You can’t help but to feel energized and angry hearing these lyrics. They’re the type of words that make you want to start a revolution.

On the next track, “JU$T,” featuring Pharrell Williams and Rage Against the Machine’s Zack de la Rocha, the enslavement motif from earlier is continued.

“The Thirteenth Amendment says that slavery’s abolished,” Pharrell Williams raps. “Look at all these slave masters posin’ on yo’ dollar.”

This song tackles how people can do everything right to lift themselves out of poverty, but the system will still trample them.

“Man, you better thug out, get the bag and then bug out,” El-P raps. “Try to run home, you might run your luck out/’Cause just when your bases loaded/They’ll roll a grenade in the dugout.”

Each song is a poem, and just by reading the lyrics, you can feel the artists’ energy, but under all of these amazingly-woke lyrics are great beats and production by El-P, Wilder Zoby and Little Shalimar.

The extra-terrestrial feeling of tracks like “never look back” and “pulling the pin,” the in-your-face noise of “the ground below” and “yankee and the brave (ep. 4)” and the grandiose sound of “a few words for the firing squad (radiation)” all come together to make an album that has a lot of variety, but it still maintains a unique identity throughout.

In the final track, “a few words for the firing squad (radiation),” Killer Mike describes the difficulty of moving on from the death of his mother in 2017, but he gives a positive message of fighting through the hard times and being a better person because of it.

“Circumstance woulda broke a weaker man, but I put it on my mama,” Killer Mike raps. “I’m a man of honor and the hardship made me a better money runner.”

While that experience is unique to him, I think his message can be applied to everyone who is feeling hopeless and weak as we see yet another black man be killed by police. Even if things seem hard now, we must grow stronger and fight harder if we want to make this stop. If our elected officials won’t do anything to help us, then we only have ourselves to protect us, so we have to do our best if we want to see any change in our cruel and unforgiving world.

Words alone can’t describe how important it is that this album was released during this time, but I’m glad it was. This will likely go down as my favorite album of the year.