I am not black, but I stand with you

The importance of being actively anti-racist 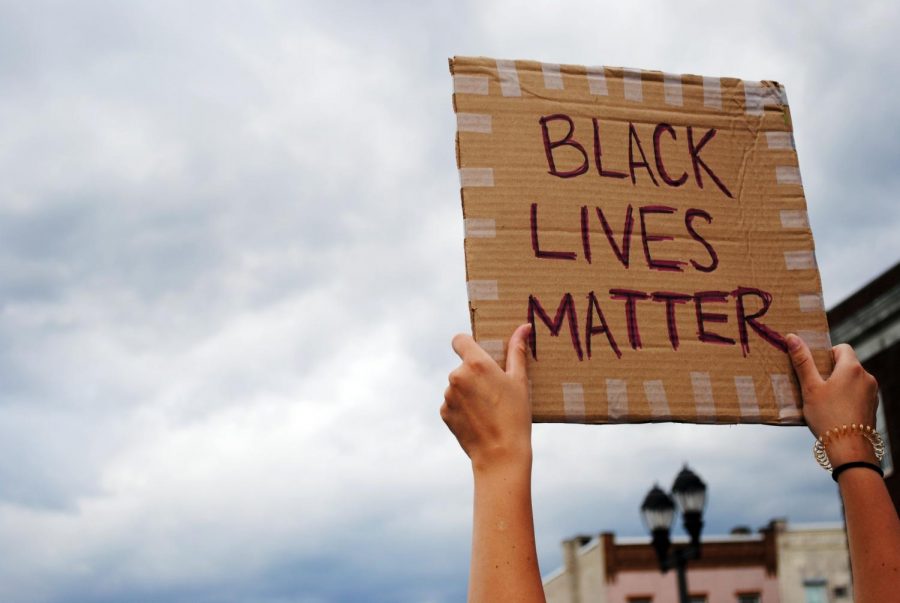 Racism is nothing new. The black community has experienced generations of oppression while facing systematic racism. The only thing that is new is the exposure. More media platforms and coverage are shedding light on this recurring problem.

As of writing, there have been 1,028 police brutality related deaths in the past year alone, according to The Washington Post’s database tracking police shootings. That alarming number does not even include those who died in police custody or were killed by different methods.

For onlookers not affected by this reality, there is one question they should ask themselves: do I want to be non-racist or anti-racist?

People who fall under the non-racist category know what the right thing to do is but fail to respond in the right way. It boils down to non-racist people taking no action toward fixing the problem. Moral psychology is the leading cause behind this standpoint — whether that be moral judgement, moral reasoning or even moral development.

A non-racist might feel self-assured because they don’t sing the N-word in their favorite song, they’re not burning any crosses, they didn’t vote for a bigot, they enjoy the aesthetics of black culture or they watch the mistreatment of others on the news with a feeling of disgust. They go about their life based upon a moral code, instead of doing a damn thing.

And that’s it. That’s the problem — they sit back and watch without taking the next step toward change.

There is a great quote by Desmond Tutu that intertwines the whole idea that I am trying to get across to you: “If one chooses to be neutral in situations of injustice, they have already chosen the side of the oppressor.”

Now, the confusion for some people is the difference between non-racism and anti-racism. According to Oxford Languages, the definition of anti-racism is the policy or practice of opposing racism and promoting racial tolerance. Anti-racists identify racism, describe it and then further work to dismantle it.

No one is born racist or even anti-racist — this all results from the choices we make. The color of your skin does not define what you can do to create change, everyone can be an ally. It is the job of people with privilege to amplify the voices of those that are without.

You might be asking yourself: what can I do to become actively anti-racist? There are several resources that one can access in order to do so that don’t necessarily include in-person protests.

First and foremost, it is critical to understand how white supremacy occurs everyday in society. Although some aspects of it are deemed socially unacceptable, there are still a lot of everyday racist actions that go without any consequences. It is important to not only be educated on this yourself but also to educate other people on this matter.

The next step is to follow and donate to various different organizations that work towards creating total social justice and racial equality. Although some people don’t agree, signing petitions can actually create real change. Some organizations to get involved with include: Antiracist Research & Policy Center, Black Women’s Blueprint, Families Belong Together, NAACP, SisterSong, Color of Change and Colorlines.

There are also tons of films and shows that one can watch to fully understand the past and present of racism. Netflix, Hulu and even basic movie rentals all have a vast selection of choices to watch. Some suggestions are: “Dear White People” directed by Justin Simien, “If Beale Street Could Talk” directed by Barry Jenkins, “Fruitvale Station” directed by Ryan Coogler and “American Son” directed by Kenny Leon.

Subscribing and listening to podcasts that dive into conversations about social equality are also a great way to work towards becoming an anti-racist. The New York Times, NPR, Crooked Media and The Leadership Conference on Civil & Human Rights are just a few names that have produced these types of informative podcasts.

Finally, there is a vast selection of books you can read to educate yourself on the subject. Reading such literature can serve as a building block towards gaining new perspectives and becoming a well rounded anti-racist. A few recommendations include: “Black Feminist Thought” by Patrcia Hill Collins, “How To Be An Antiracist” by Ibram X. Kendi, “Just Mercy” by Bryan Stevenson and “So You Want to Talk About Race” by Ijeoma Oluo.

Let me be clear when I say that I am not black and I understand my privilege. I have never personally been oppressed, but I recognize the failed system. Not only do I acknowledge the problem, but I am actively doing my part in creating change.

I am using my privilege as a platform for the black community — whether it be signing petitions, going to protests, actively educating and correcting others, donating to organizations and just plain out spreading awareness on social media.

As people who are not a part of the black community, it is our responsibility to step back, listen, learn, take action and repeat. As Martin Luther King Jr. once said, “Our lives begin to end the day we become silent about things that matter.” Every voice that speaks up has so much magnitude to create real change.

This is critical for our world. We need to reverse the course of it and ensure that our future looks nothing like the world that we live in today. This is a movement that everyone must take part in.