Write your own story

Nobody has the right to tell another who they are 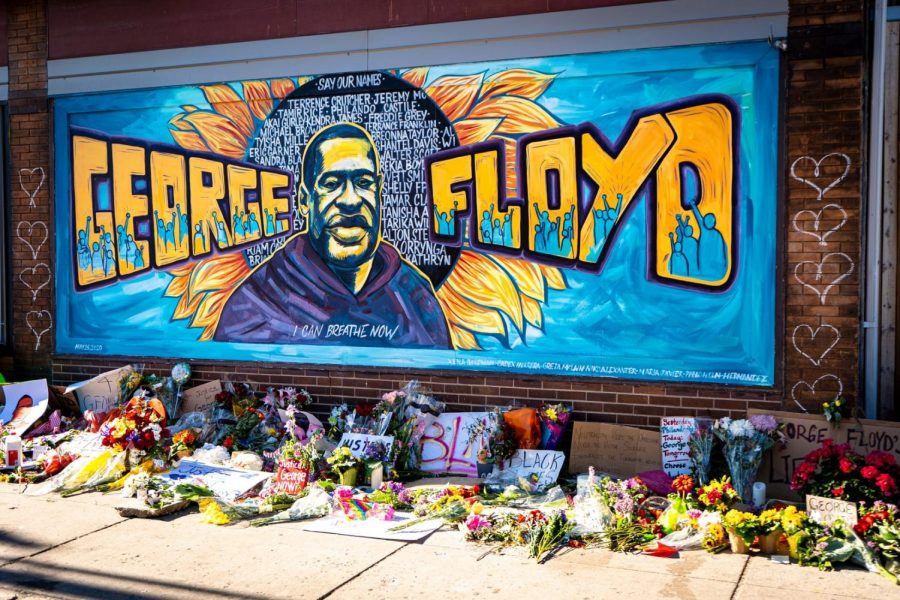 As the events following George Floyd’s death continue to unfold, tensions continue to escalate. Protestors have attacked officers who are at no fault while other officers themselves have been documented losing their tempers and abusing peaceful civilians and members of the media. This is an extremely difficult and emotional time, and we’re witnessing it all take place in front of our eyes.

It’s easy to get caught up in emotion. It’s easy to feel so passionate about something that once an argument starts, the only goal is to prove your own point correct. In doing so, it’s easy to lose sight of the fact that a conversation is as much about listening as it is about speaking. As somebody who has been proudly outspoken throughout these events, I always stay conscious of the fact that if I wish to be heard, then it is essential that I listen. But, far too many people have lost sight of this notion.

Yet, even still, in some conversations we aren’t required to both speak and listen, but instead, we must practice only the latter. When it comes to arguments of opinion, nobody should ever give up their voice. We all have a right to express our thoughts and feelings, no matter how radical or different they are from others’. In conversations of fact, though, it’s essential that people digest the information rather than fight it. It’s important to quiet your own voice and instead listen.

In a recent conversation with a friend — who has read this piece and granted me permission to publish it, and who I hold no animosity or hard feelings toward — I had a troubling experience. While debating who is to blame for the destruction of local businesses, which are the product of a lifetime of work in many cases, the conversation started drifting into the direction of the experience of minorities in America.

I myself, as a minority, tried to shed light on my experience as such. My father is a brown man and my mother is a white woman. I love them equally. But I explained that I’m much more aware of saying goodbye to my father.

When I hang up the phone after speaking with my parents, I always say goodbye and I love you, but I’m always more conscious of doing so with my father. When my dad goes on bike rides, there’s cause for me to sit worried at home as the time he spends out grows longer. I don’t choose to feel this way, to be more aware of my goodbyes, but I need to be because there are far more people in the world who would murder him for riding his bike than there are who would do the same to my mother.

Every single day I live with a fear that no white person lives with, and still, so many more live with a fear that even I can’t understand. There are those who have the same worries as I do but about both of their parents, about all of their siblings, their children or grandchildren or about themselves. Imagine living every single day with the fear that if you or a loved one decides to leave you home, that something deadly may occur.

I brought these fears back to the riots. I explained that I agreed with my friend’s sentiment that people losing their businesses is bad and wrong. It is heartbreaking to think that somebody’s entire life was spent working toward a goal that they finally accomplished just to have it taken from them against their will.

They said that people need to be held accountable for these business owners losing their life’s work, and I agreed once more. We both said that some people were doing the wrong thing for the wrong reason, while others were doing it with no cause at all. We agreed that those with no cause needed to be held accountable, but I excused those who were blinded by fear and pain, who felt forced into these actions, while my friend holds them accountable as well.

It’s OK that their beliefs are different than mine. I have no problem accepting that their opinion varies from my own. I wish I could change it, and during our conversation, I made an effort to, but at the end of the day everybody’s opinion is their own. I can’t force anybody to agree with mine.

The troubling aspect of the conversation occurred when I was making an effort to persuade my friend into seeing things the way I do.

I put forth an analogy: A man is standing with a gun to your head. The man beats you, whips you, murders your family in front of you and tells you that if you don’t accept it and let it happen, he will shoot you in the head. You scream as a result of the abuse, because how is anybody expected to take this torture without any sort of reaction?

This analogy is representative of the riots taking place today. Black Americans are being forced to live with the fear I described through my own experiences earlier. We have guns to our heads, forced to live with the torture and abuse of leaving our homes with fear every single day. Forced to witness our brothers and sisters murdered with no cause. Forced to hug our fathers closer, knowing each time may be the last just because somebody doesn’t like the way they look.

And that is the experience of a black American. That is the experience of myself and so many others. That is what we live with, every single day, with no end in sight. And so we screamed. We rioted. We started burning down buildings and looting stores. And people will say there are better ways to handle this. For those people I ask, what better way would you handle this torture? How is this an unreasonable response to generations of oppression, torture and murder that’s been forced on an entire race of people who never chose to be here? How would you sanely handle that situation?

But the reason for my writing this isn’t to convince you that you shouldn’t blame the beaten, bloody victim with the gun to their head. It’s to convince those who have no insight into the experiences of these victims that they don’t have the right to discredit them.

That’s what happened to me. I was told that my analogy was incorrect.

I was furious, but more than anything I wanted to cry. Imagine the pain of knowing that not only are you silenced when you fight for yourself, but you now don’t even have the right to tell your own story? Imagine the pain of knowing that no matter how you explained your experience as a minority in America, that a white man will rewrite that story for you regardless of what you say, and more will believe him than you.

Imagine you dunked a basketball from 10 feet away while nobody was watching. You run out of the gymnasium to your friends to tell them what you did, and their response is, “No, you jumped from five feet away.”

At this moment, I’ll pose another question: What right do they have to tell you where you jumped from? How could they possibly tell you with confidence, looking you in the eyes, any detail about what you just did if they weren’t in the gym? Do they have any sort of right to tell you about inaccuracies in your story?

The answer is no, they don’t. They weren’t there. They can’t speak to the events that they themselves weren’t a part of, that they didn’t experience. Why then did a white man think he was able to tell me about the ways I was wrong in explaining my experience as a minority? What delusional logic causes somebody to believe they’ve been granted that power?

When a black American explains to a white American what their life is like, the same logic from the basketball scenario needs to be applied. The white listener has no right and no authority to tell that story-teller where they went wrong.

I understand — as does every minority in this country — how difficult it is to lose your voice. I realize how frustrating it is knowing that there are some conversations you just can’t be a part of. I understand that it’s scary to have zero say in some situations, but this is one of them.

That doesn’t mean that you can’t speak up about the riots. That doesn’t mean you can’t voice concern over local business owners or how you think this response should have been handled. However, when a minority tells you that you have no right to speak on their experiences, don’t be foolish and twist it into something larger.

We’re not using this as some “end-all” solution to prevent you from speaking, telling somebody they don’t understand your experience isn’t a weapon. We want you to speak on what you can speak on, we want to hear your concerns about what’s going on so we can start a dialogue, a conversation with speaking and listening on both sides.

But beyond the riots, when your friend tells you what happened while you were away, it is impossible for you to be a part of that story-telling. Similarly, when a minority tells you about their experiences, as a white human, you can’t be a voice or an author in that discussion. All you can do is listen, embrace what you’re being told. Accept it as the truth because it is the truth. From there, how you respond and the action you take is in your own hands.