The Quinnipiac Chronicle • May 15, 2020 • https://quchronicle.com/70328/news/quinnipiac-updates-students-about-move-out-procedures/ 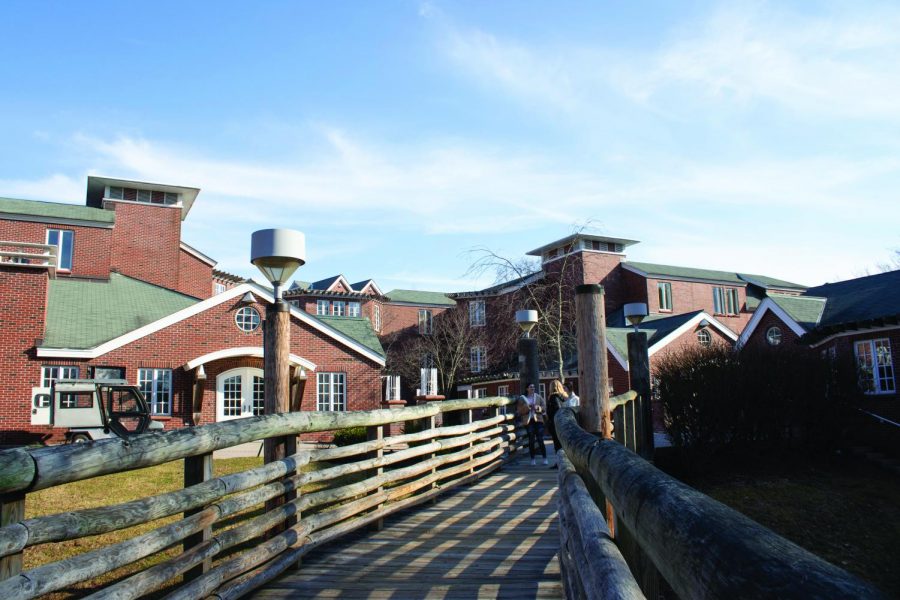 Resident students living in Commons, above, and all other university housing will be able to move out between May 22 and June 5.

Students will begin collecting their belongings from campus housing between May 22 and June 5 according to an email from Monique Drucker, vice president and dean of students, on May 11.

Each student who has not moved out received an email with two dates between May 22 and June 5 for when they can go to campus and safely retrieve their items.

Connecticut is allowing businesses to reopen beginning May 20, but individuals are still required to maintain social distancing measures such as wearing face masks and limiting large gatherings.

To follow these orders, Quinnipiac is minimizing contact between people while students move out. The university assigned dates and times to limit the amount of people in a residence hall at one time.

Upon arriving on campus, students will have to show their QCard to a public safety officer to get a temporary card to access their room. Everyone on campus is required to bring their own mask and wear it at all times.

All students’ belongings have been packed into 10-15 boxes that are 16 inches wide, 11 inches high and 22 inches long. Quinnipiac packed students’ items to make it convenient to move if health care workers and first responders needed the space to stay there.

“I think it would’ve been nice to pack up my own things, but I believe it’s just easier for everyone that way even though it’s a little uncomfortable,” said Noel Walton, rising senior health science major.

Every box was sealed and labeled with the name of the building, room number and where in the room the items were found.  All students’ possessions remain in their rooms, but residents of Whitney Village and 13 units in The Hill had their belongings moved to the People’s United Center.

“It’s easier for everyone this way and much quicker and safer,” Walton said. “Overall, I think Quinnipiac did the best they could to handle moving out with the pandemic.”