Is it really ‘just a word?’

What effect do these racist TikTok videos actually have? 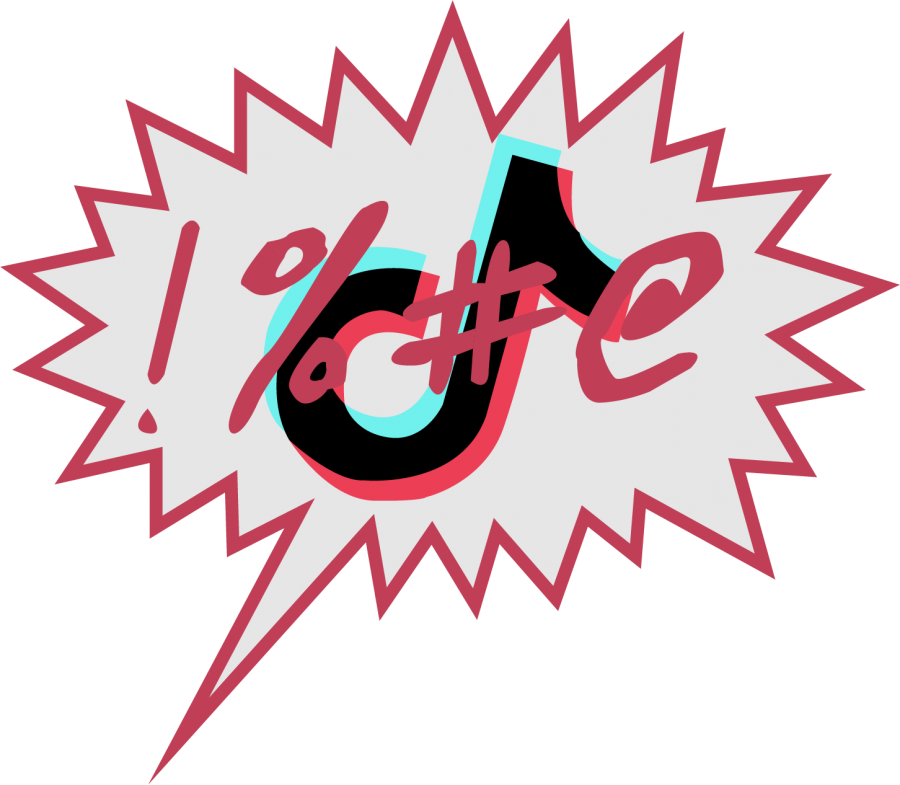 In the past two weeks, there has been a wave of racist videos going viral on the video-sharing app, TikTok. These videos have picked up a lot of outrage across social media platforms, with users taking to Twitter and Instagram to express their frustrations.

What set off this tidal wave of racist content was a video made by two Georgia teens. In the video, they were seen using a racial slur and highly negative stereotypes targeting black Americans. As a result of their actions, they were expelled from their high school.

There has also been a series of videos showing various harmful images through a meme titled “How’s my form?” The format of this TikTok starts with the person posing under a comment aimed at catching the attention of a specific demographic, followed by the person posing to depict a racist stereotype of that group of people. Some images include picking cotton, which is targeted toward black Americans and eating a bat, which is aimed at Chinese people.

Some of the users who made these racist videos have posted videos of themselves apologizing in response to the backlash. One user made an apology after her father urged her to. The user made a video following the “How’s my form?” format, with her posing in front of a cotton field with the words “3/5 Compromise” behind her.

The 3/5 Compromise is a clause in the 1787 United States Constitution that stated enslaved Africans would be counted as three-fifths of every white person in their state when it came to deciding congressional representation. That means that an enslaved black American is considered to be three-fifths of a person compared to their white counterparts, who were considered wholly human.

In her apology video, the teen says, “I genuinely didn’t think that this video would blow up like that and I didn’t mean for it to come off as racist…” adding, “I was just doing a TikTok trend.”

Her apology doesn’t do justice to the trauma that she brought up in her video. It’s clear the type of effort she put into ensuring her video was racist by including the 3/5 Compromise. Her defense of “I didn’t mean for it to come off as racist” is questionable. How could she have not been trying to be racist when she was that specific? She can’t simply excuse her racist actions’ specificities by saying she was just doing a TikTok trend.

This is not the first time that teens have gotten “canceled” for offensive online content. What’s even worse is that their apologies almost always seem forced, and it’s crystal clear that they’re only sorry for getting caught. Their apologies read more like public relations tools used to make the backlash go away, rather than the apology of a person that’s genuinely sorry for the mistake they’ve made.

Their apologies usually contain phrases like “if I offended” and “didn’t mean for it to come off as racist/sexist/homophobic,” etc. The insincerity is palpable because they’re not apologizing for their actions, but rather for the reaction to their mistake. Their crocodile tears shouldn’t fool anyone. It’s imperative that creators understand the true weight behind their words before they try to write it off as a “simple mistake.”

I’ve been wondering if there even is a point in “calling out” these TikTok creators when they’re so defiantly apathetic in their apologies. They created a harmful environment for black, indigenous and other people of color on the app, using their platforms to spread hate masqueraded as “dark humor.”

I highly doubt these creators recognize the effect their words and “jokes” have. They usually hide behind the people in their comments that adamantly defend their racism. The people defending the creators ostracize the targeted community by invalidating their outrage by telling them that they’re overreacting. They say things like “It’s just a joke” and sometimes even ask, “So what? Are you saying we can’t say it even though it’s in every other song?”

There needs to be a larger conversation about what these racist videos are actually doing and about how disgustingly unapologetic these creators are. They don’t seem to realize that they’ve used their platform to promote hate, condone prejudice and invalidate generations of trauma.

It’s also important that we consider that some of these creators participate in this shameful trend seeking internet fame through their controversy. We need to step back and think about whether or not we’re providing a platform for them to get even more famous. Are we doing a disservice to the people these slurs and stereotypes are targeted toward by giving the creators’ attention?

Seeing videos like these is no longer surprising when there’s another influencer, YouTuber or actor that gets “exposed” for saying racial slurs every other week. This informational desensitization holds us back from seeing the true weight that these words carry.

A lot of people come to the defense of these creators, referencing freedom of speech and how “it’s just a word.” These defenders don’t realize that by saying these words, they’re actively trying to erase the extremely violent and damaging history these racial slurs hold. Racial slurs have been weaponized against marginalized groups of people for hundreds of years and are still used today with the same intent and hatred as when these were first said. And so, no, it’s not just a word. It’s a weapon that threatens, kills and harms black, indigenous, and people of color daily.

As for freedom of speech, racial slurs aren’t on the same playing field as other words. These bigoted words carry specific, racist histories and are heavy with the antipathy they hold. If you use a racial slur, saying it’s just a joke or a part of your favorite song, not only are you being racist, but you’re also participating in the erasure of its history and meaning. Erasing the history and true meaning is actively participating in the current oppression of that specific group of people. You’re also invalidating the experience of people who have had that word weaponized against them.

These creators need to realize that these racist videos aren’t just “trends” but instead are oppressive and harmful. And your insincere apology doesn’t take away the trauma from the people of that group that your video reached. It definitely isn’t “just a word.”