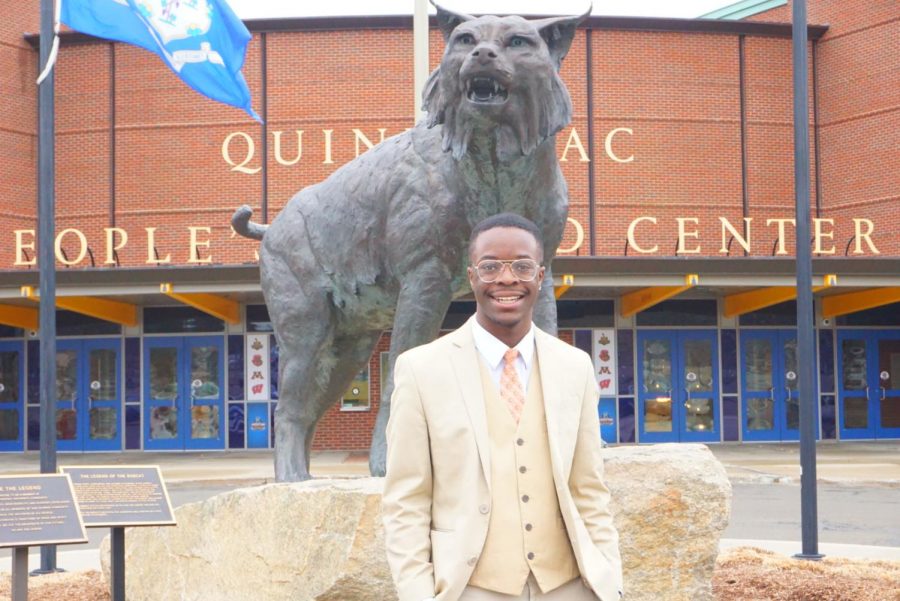 Jamien Jean-Baptiste aims to broaden his role as vice president of public relations.

Duties of the office include serving as the chair of the Public Relations Committee, coordinating all community service projects for the organization, updating and advancing all SGA social media and websites, reporting SGA updates to media outlets and promoting SGA events, initiatives and general affairs.

Last year, he said he geared his campaign toward being a candidate who thinks outside of the box. He plans to keep the same platform and develop from there.

“(My platform is) mainly expanding upon the already existing platform and really holding myself accountable to a lot of those same values I included,” Jean-Baptiste said.

While keeping the same values, Jean-Baptiste also said that he wanted to broaden the role of his office by going beyond his normal duties defined by the governing papers in a creative way to get more students engaged with SGA activities.

In Jean-Baptiste’s experience as vice president for public relations, he said it was difficult to find the balance between taking a risk of over-posting on social media and finding the right things to report, as Jean-Baptiste believes there were many things that should have been highlighted but didn’t get coverage.

“I think with the help of my committee, I hope to kind of fill in those gaps and recognize a lot of the good things that SGA’s doing this year,” Jean-Baptiste said.

Jean-Baptiste has been involved in the SGA since his first year at Quinnipiac. He said he believes that he has a deep understanding of how the organization operates.

Other leadership positions that Jean-Baptiste has held include new member educator, membership vice president and interchapter relations chair at the Alpha Phi Omega service fraternity and orientation leader, which he said gave him insight into how Quinnipiac works as well as making connections with other students.

Jean-Baptiste said he initially stepped into the SGA as he was interested in the idea of making changes on campus.

“I was surrounded by people that were always complaining about things,” Jean-Baptiste said. “So instead of joining in with that, I kind of took the initiative to run for student government and actually try to make change on some of those things.”

As Jean-Baptiste is running unopposed, he said he intends to focus more on informing the student body on the elections rather than campaigning for himself.

“I’m very excited to see how these elections turn out like in terms of voter turnout,” Jean-Baptiste said.