Bernie Sanders left the race but his legacy will linger 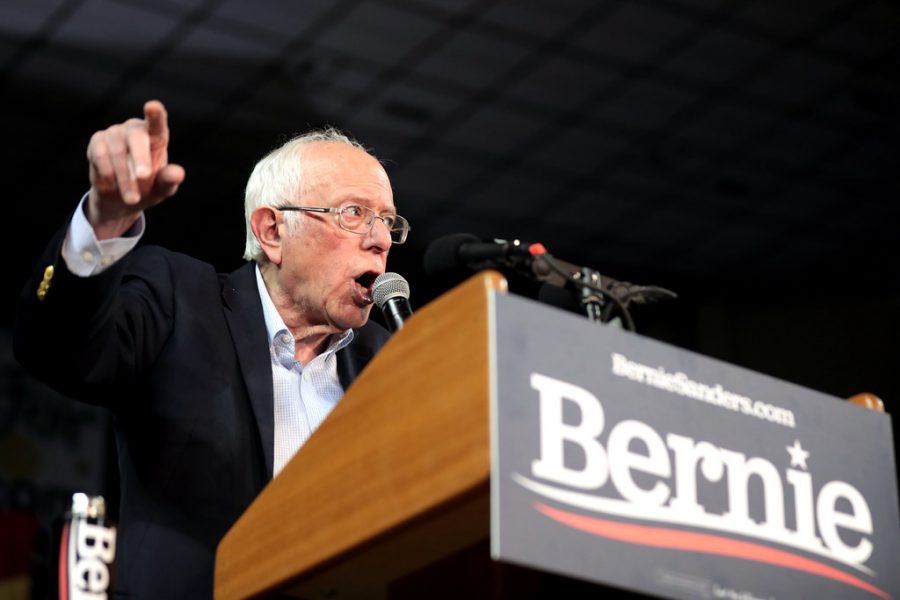 Bernie Sanders is out.

The field of women, minorities, LGBTQ+ candidates, progressives and moderates has narrowed down to just one white moderate man: Joe Biden.

As the wide field of talented contenders narrowed, Bernie Sanders showed no signs of dropping out. Until April 8, 2020.

In an announcement largely overshadowed by the coronavirus pandemic, the face of the progressive movement in America dropped out of the 2020 presidential race in a virtual announcement.

It was only the third biggest story on the evening news after the death toll and the unemployment numbers caused by COVID-19. But it is still the end of an era. Sanders tried and failed to win the nomination in 2016 and lost to moderate Hillary Clinton. History repeated itself in 2020, as Sanders, once a front-runner, now sees no mathematical path to the nomination. His chances of running again in 2024 are slim-to-none as he is already 78.

While Sanders is gone, his legacy has never been louder. Many of Sanders’ ideas, previously touted as “radical,” have emerged as common sense solutions to the health crisis currently facing America.

Republicans who have long criticized government handouts are now backing stimulus packages to support families and businesses during the economic collapse. Sanders has always supported government intervention to make the economy work for all Americans.

Overcrowded prisons are becoming breeding grounds for the virus, forcing government leaders to release nonviolent drug offenders. Sonja Starr, a criminal law professor at the University of Michigan, told Vox that there is virtually no way to practice social distancing given the crowded conditions. Sanders has consistently been a champion of legalizing marijuana and had promised to release nonviolent drug offenders on his first day in office, effectively reducing the crowding.

As college students have been sent home, work studies have been cancelled and summer job offers have disappeared, the government has delayed federal student loan payments until the end of September. Sanders’ plan to cancel all student debt suddenly seems fair, rather than radical.

Americans who work in industries like fast food are forced to come to work even if they are showing signs of sickness because they depend on their hourly wages to support their families. Sanders’ promise for government-funded paid family medical leave now seems like a necessity rather than a pipe dream.

The COVID-19 crisis has also proven that employer-provided insurance doesn’t work when millions of Americans are losing their jobs. The case for Sanders’ Medicare for All plan has never been more compelling.

I have never been Biden’s biggest fan, but I will be turning out for him in November (or sending in my ballot in the mail). But I will waltz to the polls (or seal my envelope) with a little more zest if Biden can adopt some of these progressive and apparently highly realistic ideas.

In November, America will still be reeling from the coronavirus. While some social distancing guidelines may have loosened up, the economy will still be in recovery mode. Families will need time to bounce back from months of unemployment, and they may have trouble finding a new job in a market where some businesses have been unable to reopen.

Americans are hungry for a post-coronavirus world, but they are also hungry for peace of mind and a promise that things will improve. Biden has proven himself to be a safer option than Trump, but it is time for him to adopt policies outside of his comfort zone.

A moderate response is not enough for a radical problem. Only progressive policies, like Sanders’, will suffice.