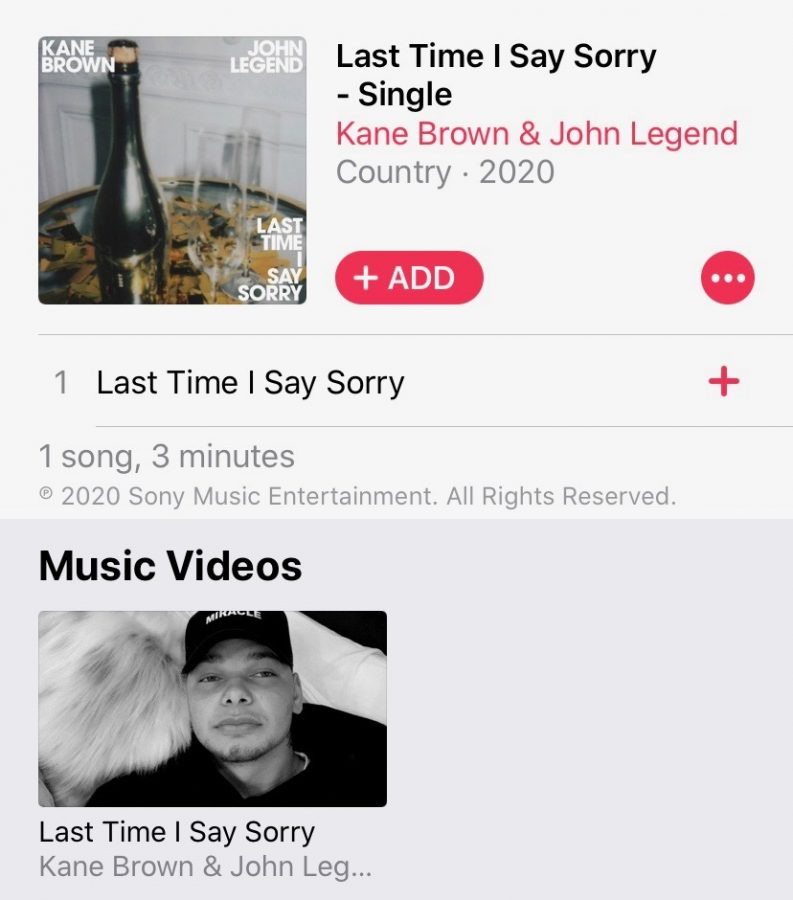 While the two couldn’t be together to shoot the music video for their first duet, they both filmed simple and raw footage from the comfort of their own homes. The music video dropped April 4, as coronavirus battered large parts of the country.

Brown, a country star, and Legend, a pop icon, seem to be singing directly to their wives as their voices alternated and intertwined. The music video was simple black and white footage of Legend playing his piano in what appears to be his living room and Brown sitting on his couch.

Legend sings about a personal moment, the first time he slept on the couch because of words that he “still can’t believe” came out of his mouth. Brown sings that in his perfect world “I’d only make you smile.”

Legend’s high-profile marriage to Chrissy Teigen and Brown’s recent marriage to his longtime girlfriend Katelyn Jae, are both relationships idolized and embraced on social media. To hear that even married couples that appear as perfect as theirs have arguments and apologies was a breath of fresh air from the stifling facade of social media.

The personal, heartfelt promise to be better to their wives was even more powerful when delivered in the backdrop of their own homes. These rooms might have been places where the couples fought and argued, but also where they made up and learned to forgive. In this way, coronavirus was a blessing because I don’t think any other music video would have been as appropriate.

While the two stars typically prefer to sing different types of music, this song was a perfect fit for both of them. Legend’s prowess on the piano coupled with their unique vocal styles was a beautiful distraction from this ugly situation.

Brown has proved to have such a versatile style. He can sing pop with Marshmello. He can sing country pop with Lauren Alaina. He can sing the kind of soulful country you want to play at your wedding like in his single “Heaven.”

Now, I know he can match the fall-in-love, raw, simple, piano-style of Legend.

I am sorry I never have anything negative to say about these country duets, but this will be the last time I say sorry.