Dua Lipa’s sophomore album is pop music at its finest 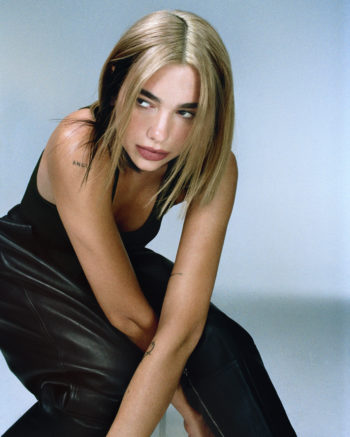 Dua Lipa's album, 'Future Nostalgia,' received a 7.5 out of 10 rating from Pitchfork.

Dua Lipa, the Grammy-award-winning pop star, who released the global sensation “New Rules” in 2017, is back with her second album, “Future Nostalgia.”

Often in music, sophomore albums are judged the harshest because of the high expectations set by the first album. It is common for many artists to have a “sophomore slump” in commercial success, critical success or even both. Many have been able to beat this curse like Adele, who had her magnum opus with her second album “21” or Amy Winehouse who gained an insane amount of success with her second album “Back to Black.” While others like Evanescence, Meghan Trainor or Macklemore and Ryan Lewis were never able to reach the highs their debut albums brought them. So, while listening to Lipa’s sophomore effort, “Future Nostalgia,” it is a relief to hear that she falls into the former category.

Released early due to online leaks and the COVID-19 pandemic, “Future Nostalgia” blends the sounds of the past with the present, whereas her self-titled debut album was filled with EDM and modern pop sounds. For this album, Lipa brings back the sounds of the 1970s and 1980s. She manages to create a fresh and unique sound out of the old, infusing together 21st century pop with disco. Produced by a handful of different producers including Stuart Price (Madonna’s “Confessions on a Dance Floor”) and Jeff Bhasker (Mark Ronson’s “Uptown Funk”), “Future Nostalgia” is one of the sleekest produced pop albums in recent memory.

“Don’t Start Now,” the album’s lead single, perfectly emphasizes why Lipa is at the top of her game. It is a colossal kiss-off track that features exquisite production that only gets better as the song goes on. This is the type of song that you think nothing of once you first hear it, but then once you hear it a few more times, you begin to hear its greatness. It is the perfect choice for a lead single — it’s a track that keeps its listeners dancing without overwhelming them. It pulls the audience in without it even realizing it. It makes sense why this track has reached No. 2 of the Billboard Hot 100.

If “Don’t Start Now” didn’t get you to fall in love with Lipa, then “Physical” is sure to. The album’s second track is an ’80s throwback that references the Olivia Newton-John song of the same name. Lipa has created an ode to the decade without it being too kitschy or redundant. “Physical” is pure energy. It is the type of song you will hear endlessly in spin classes, without it getting annoying.

The only downside of “Future Nostalgia” comes at the end of the album. Not only because we have reached the end, but also because the final track, “Boys Will Be Boys,” feels out of place. It is a sonically quieter track that has a powerful and important message about the sexism and violence women face from men and how it is often improperly excused through the saying that “boys will be boys.” The track feels more like something that Katy Perry would release. It’s not to say the song is bad — it is great and sharply written. However, it just doesn’t fit Lipa or the sounds of the rest of the album. It is an abrupt shift, sonically, from multiple dance heavy songs to one baroque pop song.

Lipa has created an album to remember that features smart songwriting and a sleek production. With “Future Nostalgia,” Lipa, not only proves she is more than a one-hit wonder, but also that she is one of the biggest rising pop stars of the 2020s.