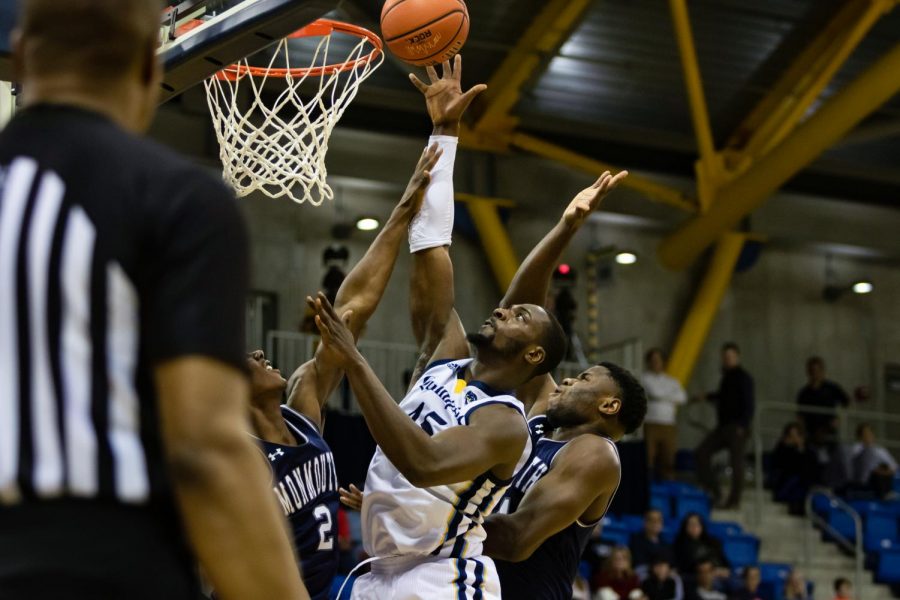 Quinnipiac men’s basketball redshirt forward Kevin Marfo has decided to transfer to Texas A&M and is immediately eligible to play in the 2020-21 season.

Marfo announced his decision in a live Twitter broadcast with All Facts Media on Saturday, March 28, at 7:30 p.m.

The forward led the NCAA in rebounds per game with 13.3, while also finishing second on the team with 10.2 points per game. He only trailed junior guard Rich Kelly’s 16.7 PPG, who also entered the NCAA transfer portal.

Marfo joins the Aggies who had a 16-14 overall record and 10-8 SEC record. They’re led by head coach Buzz Williams, who will enter his second year as the head coach of the program and 14th overall year as a head coach. He’s previously coached at New Orleans, Marquette and Virginia Tech, and has been to the NCAA Tournament eight times.

The Aggies acquire a much-needed inside presence as the team is losing its second leading rebounder in senior forward Josh Nebo, who also led the team in scoring with 12.5 PPG. The team, which was outrebounded 34 to 34.4 per game, will add the nation’s leading rebounder to its roster next year.