Season four of ‘One Day at a Time’ returns

After initially being cancelled after three seasons, ‘One Day at a Time’ comes back with more drama to offer 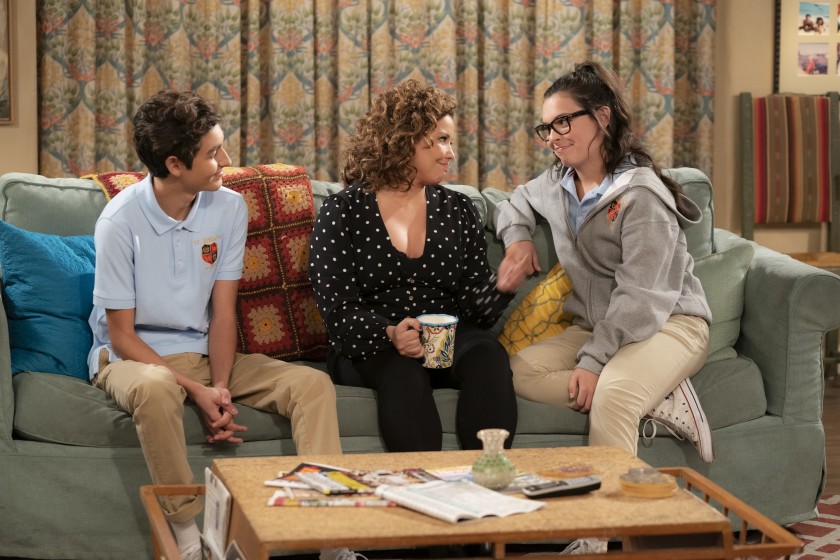 'One Day at a Time' is inspired by a 1975 television series of the same name.

‘One Day at Time’ has been praised for how it handles and discusses topics such as gender roles, LGBTQ+ acceptance, immigration, mental health and balancing cultural traditions with necessary progress, and was renewed for a fourth season.

For example, the show handles 15-year-old Elena’s (Isabella Gomez) quinceañera extremely well. It’s brought up in the first episode of the show when her grandmother, Lydia (Rita Moreno), and modern mother, Penelope (Justina Machado), pushed the idea of having this cultural tradition onto Elena. This ends up doubling as her coming out party.

But things hit Elena hard when her father can’t accept her sexuality and walks out of her quinceañera. However, the rest of Elena’s family — her brother, their landlord, her mother, her grandmother and her mother’s boss — surround her during the father-daughter dance show their loving support for Elena during this difficult time. This made for an emotional moment.

Following the end of season three, Penelope becomes a nurse practitioner, while her mother Lydia is shown in Cuba with Leslie. There are a few small changes in the show that are noticable to viewers.

The most noteworthy thing you notice is that the Gloria Estefan-sung theme song that Lydia always dances to in the first three seasons is also missing.The theme song for the show also has been changed to a much shorter and condensed song that goes directly into the show, which is now being filmed in front of a live studio audience.

Season four brings new beginnings as a result to how close the cast has become. The sharp jokes, the live studio audience and the ensemble of the cast make for a more free-lived kind of show that people can laugh, cry and smile at for long periods of time. The show also brings light to certain issues such as anxiety and depression, making it not only relatable for the audience but also bringing awareness to mental health issues that shouldn’t be ignored.

The show itself is more than a sitcom, connecting the audience with real backstories by not just using hijinks and one-liners. The goal of ‘One Day at a Time’ is to take you on a path through the darkness, before bringing you into the light again. It’s clear that writers made changes, but the show is still as raw as ever, making it even more watchable. If you are to watch anything while you are sitting on your couch during quarantine, I’d recommend the show ‘One Day at a Time.’ You will cry and laugh so hard that it hurts to smile.