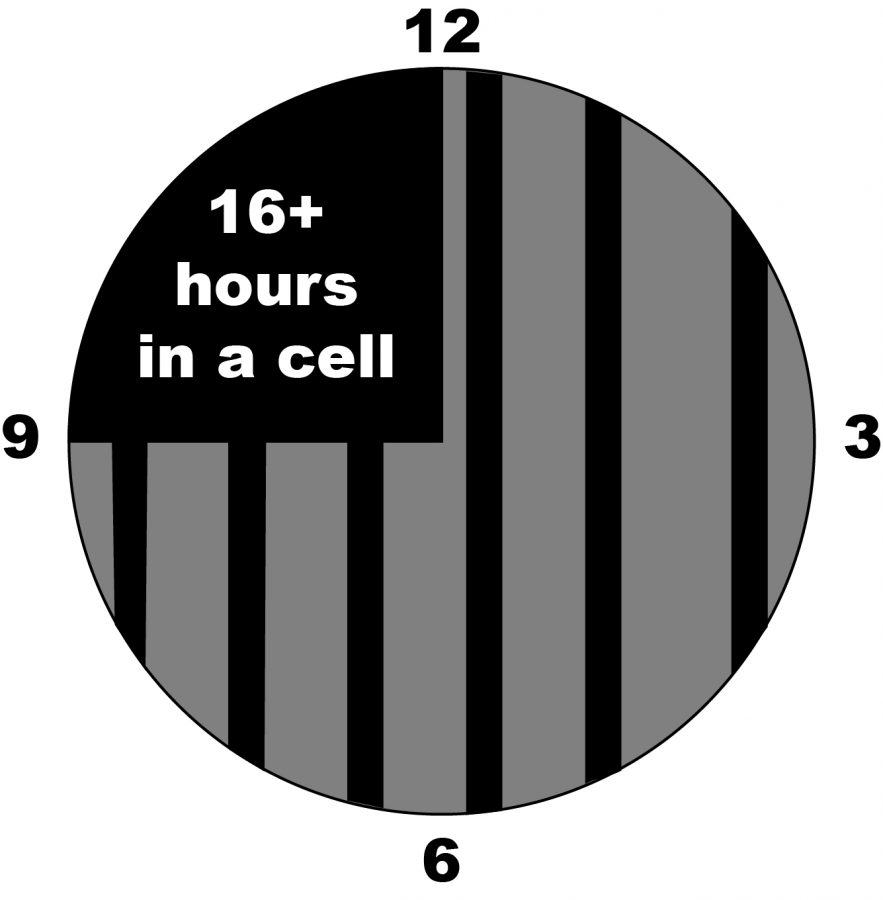 Prisoners in solitary in Conn. can spend over 16 hours chained up and alone in a cell.

Quinnipiac University advocates for prison reform with programs such as Inside/Out, as well as hosting events that educate people on criminal justice reform.

An event that discussed the issue of solitary confinement use in Connecticut’s prison system was held at the School of Law on Feb. 26.

Leighton Johnson, a solitary confinement survivor who served on the panel, was sent to Northern Correctional Institution in Somers, Connecticut, which is classified as a “supermax facility.”

“Have you ever been stuck in an elevator or a small room?” Johnson asked. “Imagine that, but you’re chained up like a slave — three days at a time. It was a never-ending cesspool of despair, destruction and filth.”

Kevnesha Boyd, a professional counselor who spoke at the event, talked about the suffering and trauma that solitary confinement causes the inmates. Boyd used to work as a counselor in a corrections facility and discussed how the environment was not conducive to prisoners’ rehabilitation.

“(We were) not required to do much more than peak our head in a window and make sure people are alive,” Boyd said. “Inmates reported to me that they felt anxious and desperate … they had to choose between picking their skin or banging their head against the wall.”

Boyd said that being in solitary confinement did not benefit anyone, in the criminal justice system or otherwise.

“When people re-enter society, who do you want to be your neighbor?” Boyd said. “The one who suffered and was abused? Or the one who was actually rehabilitated?” 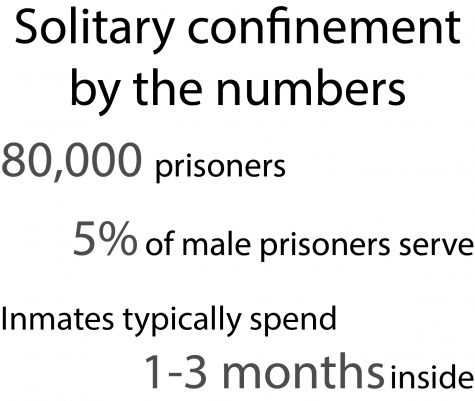 Stop Solitary CT is currently advocating to pass a piece of legislation it designed known as the PROTECT Act.

The PROTECT Act plans to end all solitary confinement unless there are extreme cases, end the use of abusive restraints, guarantee incarcerated individuals to have a certain number of phone calls, letters and visits, support correction officers with mental health issues, shut down Northern Correctional Institution, and create a council that will oversee the Department of Corrections.

“The Mandela Rules reinforce human rights principles, including the recognition of the absolute prohibition of torture and other cruel, inhuman or degrading treatment or punishment and effective guidance to national prison administrations for persons deprived of their liberty,” Melzer said.

The university has a program called Inside/Out that closes the gap between ordinary citizens and those in the prison system. Students are only identified by their first names for their safety.

“I want to write about criminal justice reform in my future career, and I thought to myself, ‘how could I write about something I’ve never experienced or witnessed firsthand?’” said Summer, a sophomore media studies major with a minor in criminal justice. “I wanted to be able to test my own knowledge and assumptions about the criminal justice system and discern fact from fiction.”

Inside/Out is a program in which students from Quinnipiac take a class at a Connecticut state prison with people who are incarcerated. Program members meet once a week for a seminar that is focused on class discussion. The class concentrates on current events, prison, crime theories and everyone’s individual experiences.

Stephen McGuinn, associate professor of criminal justice and director of the Prison Project at Quinnipiac, teaches the Inside/Out class.

“I teach about punishment … I talk about why we punish, we talk about prison, justice, morality, race, class, gender, there’s a lot about social identity,” McGuinn said. “The class just happens to take place inside a prison.”

Mackenzie, a sophomore psychology and criminal justice major, said that she is working toward becoming a counselor in the prison system, so the class was a way to gain exposure to the environment.

“It’s such an amazing class and amazing opportunity,” Mackenzie said. “Every day you leave with a different outlook on something. You have such deep discussions, the guys are so nice and friendly, and you get to learn a lot about them and about prisons from a firsthand perspective. Words just can’t do it justice.”

Abdulai, a sociology major who graduated in 2019, said it was one of the best academic experiences he has had.

“The program made me realize a lot of things, but my biggest take away was as a young, black, Muslim male, I am three to four times more likely to be arrested or stopped by officers than any other race,” Abdulai said. “My older brother was arrested, and I could never really understand why it was so hard for him to get himself together after the arrest. After taking the class, I could finally understand why. My final day of class, every single “inside” student came up to me and basically told me to be careful. I appreciate each and every single one of them. I know they’ll be proud of the man I have become and that’s because they had a bigger impact on me than anyone could imagine.”

McGuinn said that he feels a class like this is essential to a complete criminal justice education.

“You need to see this stuff, we’re spending a lot of money on this stuff, are we making smart choices about what we’re doing?” McGuinn said. “Until we start seeing what these places are, and really sitting in them — a tour doesn’t do much, it treats everyone inside like they’re zoo animals. You get to see it, you get a real sense of what these institutions are, and you get to sit next to someone that’s actually sentenced, and we have conversations about where we are and what we’re doing.”

It’s not just McGuinn and other program directors who feel this way. Those who participate have also emphasized the importance of the program in their lives not only as students, but as people.

“I could not imagine graduating with a criminal justice degree having not taken this program,” said Olivia, a junior criminal justice and law in society double major. “Hearing the different perspectives and views offered an insight that would not be able to be accomplished if we were in a regular lecture class setting. Daily, I use these experiences and notes in my other classes whether they are criminal justice related or for my law in society major.”