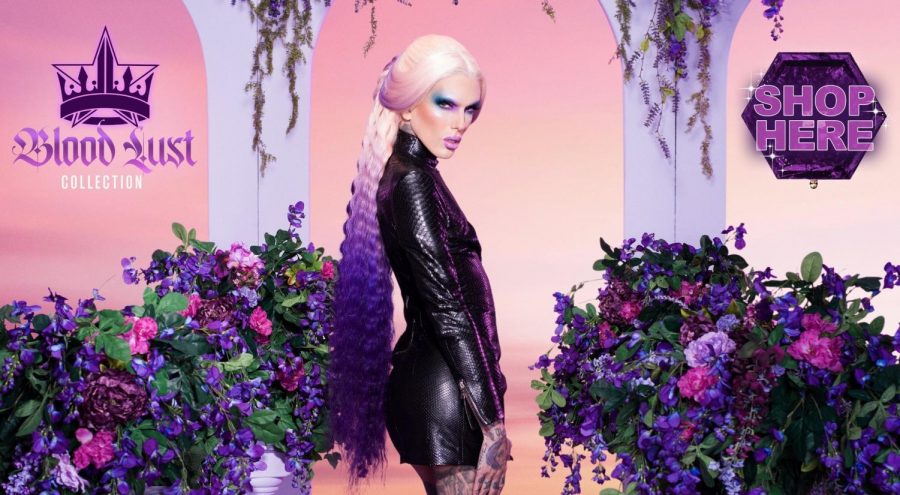 Star took to Twitter and Instagram to preview the third installment of his Bloodline series. Following his announcements, Star revealed the full collection on his YouTube channel. In the video, he discussed details regarding his new purple-themed collection including information in reference to the much-anticipated eyeshadow palette as well as the official launch date and time of the whole collection.

“We did red, we did blue, and to me, Blue Blood was very royal, like that was my royal moment,” Star said in his 30-minute video. “I did not want to call this palette Royal Blood, Purple Blood, I think that’s too easy. With Jeffree Star Cosmetics, we always want to take it to the next level. I want to invoke some feelings. I know its makeup, but I’d like to have a real theme. Almost like I’m launching an album every time. You know what I mean? So, from Jawbreaker to Thirsty to now Blood Lust, I want to bring you guys feelings.”

Unlike Star’s previous eyeshadow palettes, Blood Lust comes in a unique hexagon shape. The exterior of the palette is covered with purple velvet fabric and holds 18 brand-new shades for the brand, ranging from classic matte to his new metallic formula. Despite the unique color scheme, the collection still stays true to Star’s iconic aesthetic that bleeds through all of his releases.

The other products that were revealed were: five new lip gloss shades, a new Extreme Frost highlighter, Queen Bitch — an eight mini lipstick bundle featuring two new shades, three new hand mirrors, two new grinders, a four-pack of purple metal straws and various wearable accessories in the consistent purple theming of his new collection. The Blood Sugar, Conspiracy and Blue Blood palettes were also restocked on Friday, Feb. 21, in cohesion with his launch. Star’s palette, however, faced some criticism after the official color story was revealed. Despite his collection mainly revolving around the color purple, there is a significant lack of purple shades in the palette, according to most fans. The abnormality of this choice shocked fans and many took to Twitter to express their frustration.

Iesha Rose (@Iesha_Rose3) wrote, “I thought there were going to be lots of dark rich purples and golds to compliment them from the packaging. This looks like the jaw breaker pallets little sister.”

Star took to his Instagram story to express his feelings about many of his fan’s criticisms.

“I wanted to make a palette that could complement any pink, any purple, any magenta, and fuchsia look,” Star said. “And I think maybe the photography is translating a little light on a few of the shades but when you see them all in person you touch them, and the shifts and the metallic and the lavenders … bitch, it’s everything I dreamed of.”

Star has had a very eventful start of the decade, to say the least. He announced in early January that he and his long-term boyfriend, Nate Schwandt, split after a five-year public relationship. Prior to his breakup, Jeffree moved into a $14 million mansion in Hidden Hills, California.

This launch marks Star’s first eyeshadow palette since his makeup collaboration with popular YouTuber, Shane Dawson, that was released at the end of November 2019. Star and Dawson’s eye shadow palette, Conspiracy, and the collection was a monumental moment for Jeffree Star Cosmetics. The launch broke records and was the main focus of Dawson’s YouTube documentary-style series. The series showcased the creation of their makeup collaboration from start to finish and lifted the curtains on many of the details on what normally goes into creating a makeup line.

Despite previous criticisms, his Blood Lust palette, along with a majority of his collection, sold out online in less than 24 hours. Though his newest collection wasn’t as internet-breaking as his Dawson collaboration, many of his dedicated fans still continue to support and purchase from the brand. Star thanked fans on Twitter following the success of his launch.

“Goooood morning everyone!” Star tweeted. “Waking up and having almost the entire Blood lust Collection sold out is so insane!!! THANK YOU for all the love and support always.”