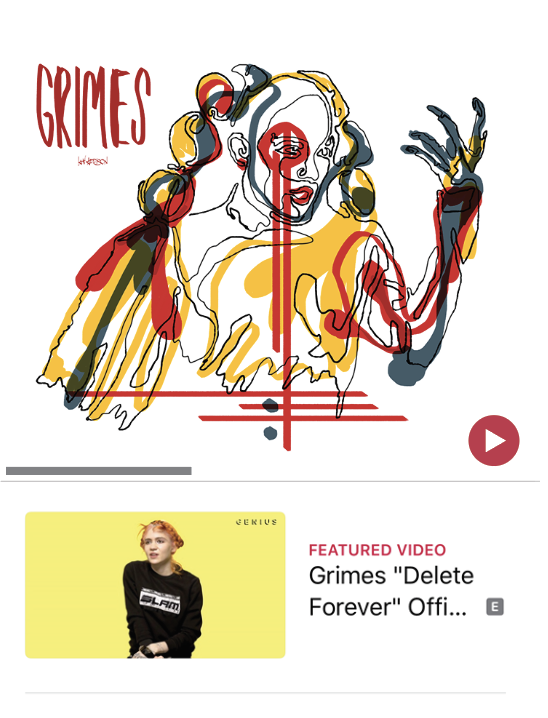 2020 is shaping up to be a big year for music across genres. Based on its early returns, the new year is certainly off to an encouraging start.

With all this being said, here’s a brief rundown of our pick for album of the week, top 20 songs and recent music news.

Album of the week:

In “The Slow Rush,” Parker manages to maintain his core psychedelic values while also exploring the limitless boundaries of his own pop sound. Eight of the albums 12 tracks run longer than four minutes, a testament to an unrelenting, precise vision that has guided the course of his projects. The record displays textured and ambitious pieces that cross multiple styles. You hear touches of Pink Floyd’s psychedelic innovation, a form of acid rock, mixed with prog pop and R&B. This album is a detailed slowburner that allows curiosity to wander freely. It’s fascinating to see how an artist like Parker plays his cards. Through all of his experimentation, style shifts and breaks, his artistic integrity is never lost. “The Slow Rush” showcases an auteur in total control of the music, from start to finish.

Songs for your playlists

“Blue World” —  Mac Miller: Miller’s posthumous album, “Circles,” will forever serve as a reminder of where the 26-year-old artist was headed. The album highlights a clear desire to experiment with a range of genres, including elements of hip-hop, soft rock and pop. “Blue World” is a brilliant song on an album full of them, in which just two songs are considered rap. The rest of it is Miller at a highly creative peak, opting for clarity and a gentle touch over careful melodies.

“Borderline” —  Tame Impala: Following the success of 2015’s “Currents,” Parker’s next album became a highly anticipated one. After five years, he delivered “The Slow Rush.” The albums third track, “Borderline,” highlights his mastery of multiple genres, seamlessly blending psychedelic influences and 1970s disco feel with a modern approach. A subtle and effective bass part carries a groovy wave of synth and keys. It certainly feels like “The Slow Rush” was worth the long wait.

“No Time to Die” —  Billie Eilish: Perhaps no pop star had a busier start to 2020 than 18-year-old Billie Eilish. In late January, she swept the major Grammy Awards, highlighted by her Best New Artist and Best Album of the Year wins. Just a week later in February, she performed a haunting version of The Beatles classic, “Yesterday,” at the Oscars. Her next move? She earned the prestigious honor of performing the theme song for, “No Time to Die,” the upcoming James Bond film. In the process, Eilish became the youngest to ever write a Bond theme song. The tune itself morphs from slow ballad to an emotional, triumphant finish. In just two months, Eilish has done what some artists try to do in a lifetime.

“Delete Forever” — Grimes: “Miss Anthropocene” is the fifth studio album released by the Canadian artist, Grimes. Since releasing “Art Angels” in 2015, Grimes has released several singles from her 2020 LP, including “Delete Forever.” Reflecting on people she cares for, Grimes implies they are flying too close to the sun with violent habits and a lack of self-care. The singer notes in her acoustic-driven ballad that everyone is going through his or her own struggles, whether or not those issues are acknowledged.

“Bad Decisions” —  The Strokes: Aside from 2016’s EP, “Future Present Past,” The Strokes — an indie rock group — took the majority of the decade off. Having released two full LPs in the first half of the 2010s, “Angles” (2011) and “Comedown Machine” (2013), the band has returned to producing studio efforts. “Bad Decisions” is single No. 2 from the upcoming (April 10) nine-track release, titled “The New Abnormal.” Coming in at 45 minutes, fans of The Strokes will be happy to hear that “Bad Decisions” is a return to the cherished sounds from “Is This It” (2001) and “Room on Fire” (2003). Make good decisions and give this one a spin.

“Simmer” — Hayley Williams: When Paramore frontwoman Hayley Williams announced in January that she would embark on her solo work, fans were torn on what she would sound like without her bandmates (including drummer Zac Farro who returned to Paramore for the band’s 2017 LP “After Laughter). Williams came out with a video for “Simmer” which features the vocalist running through the woods from something ominous. The song feels both caressing as well as impactful, and through her airy vocals, Williams is able to form her own world on 2020’s “Petals For Armor I.”

“Bad Habits” — Silverstein: The post-hardcore stalwarts remain prominent in the punk scene 20 years after their formation and 17 years after their debut album “When Broken Is Easily Fixed.” In the past five years alone, the Toronto five-piece has put out two studio albums, as well as a reimagination of songs from its first four releases. With album No. 11, “A Beautiful Place to Drown,” set to release on March 6, the band has featured several guests on tracks, including Aaron Marshall of Intervals. Confirmed by Silverstein lead guitarist Paul Marc Rousseau, the lyrics to this track feature callbacks to every entry in the band’s discography.

“Candy” — Holy Fawn: Arizona shoegaze/post-metal band Holy Fawn consists of four creatures with a knack for composing hauntingly beautiful melodies. Seen in the intricate structures of its 2018 debut LP, “Death Spells,” Fawn’s 2020 EP, “The Black Moon,” emulates a similar ethereal density. The band howls through a personal piece about possible substance reliance, “burnt sage in my lungs where I find you, hiding in a draw like candy,” later continuing, “Can you hear me when you’re sleeping, I swear I can see you always.” The tune feels lighter and more experimental than its 2018 debut, but continues to show the megalithic chords and chilling vocal delivery it’s been honing.

Rapper Pop Smoke was shot and killed after gunmen stormed his Hollywood Hills home on Feb. 19. The Brooklyn, New York, native was scheduled to start his U.S. tour on March 2, and perform at this summer’s Rolling Loud festival in Miami, Florida. He was 20 years old.