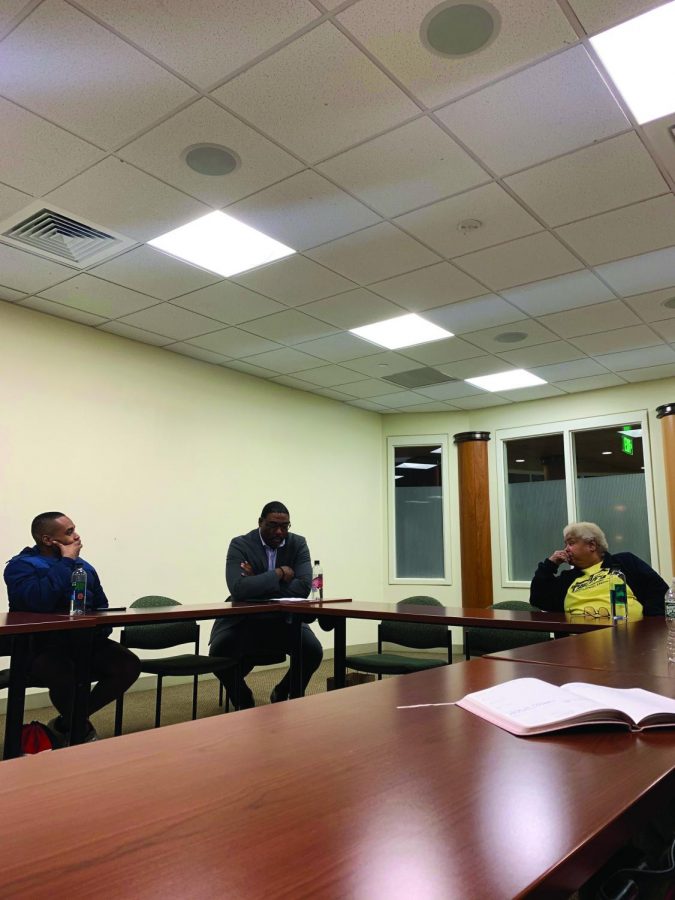 The talk stressed a need for organization.

Quinnipiac’s Office of Cultural and Global Engagement held an open discussion in SC 120 on Wednesday, Feb. 19, for students to come and talk about community organizing and the legacy of black activism.

“We wanted to do an event like this to get students geared up about their own student voice and to recognize their own power,” said Daymyen Layne, director of multicultural education and training. “It’s important for students to realize that they have a certain amount of power on campus.”

The event allowed students to hear the thoughts of two separate activists and to share their own ideas on the material. Layne made the decision to hold the discussion after being co-panelists with one of the activists at the beginning of the fall 2019 semester.

“We want to open student’s eyes about the legacy of black feminist activists and organizers, but also about the rich history that comes along with organizing in America,” Layne said. “If we can help students realize this stuff a little sooner, we can start to see different changes on campus.”

Students of different majors and ages attended the discussion and each had various hopes of what they wanted to get out of the event. They were also able to share why they originally chose to be there before the discussion began.

“I came to this event because I wanted to stay abreast and not be blind to things that are going on,” said Alexys Small, biomedical sciences graduate student. “I wanted to see what Quinnipiac was doing towards problems for social injustice and race.”

Vanessa Liles, one of the guest speakers who is the co-project director at PT Partners, spoke about her involvement and work as community activist organizer.

Liles used the event as an opportunity to share her real-life experiences with students and to help them understand that they play a key role in creating change in the world and on campus.

“A college campus is the place where I learned to become an activist and to organize,” Liles said. “This is a great place to hone in your intellectual ability around it, so it can afford you space to start operationalizing some of that.”

One major element that was stressed throughout the event is how students can get involved. Students were able to listen to the activists talk about the importance of being personally connected to community organizing while also still being enrolled at the university.

“Even if you’re not from the area and you are just here for school, your local community still needs you in any way that you can as a student,” Liles said. “We’re not going to push you out because you’re not from here. We need people power.”

“We organize young people by supporting and teaching them as much as we can about how systems work and how to have an anti-racist analysis,” Castillo said. “My job is to be the amplifier voice to them.”

Castillo also described the urgency for student involvement in order to make an impact on society. She explained to students how a problem that affects them will most likely affect other students around them as well.

Several students who attended the event said they gained a new perspective on community organizing and black activism.

“I thought the event showcased phenomenal African American women activists in the greater New Haven area,” said Chidi Nwuneli, senior political science major. “I was persuaded by their thorough grasp and understanding of the subject matter pertaining to black activism and the contemporary American political scene. They were very persuasive in their comments about grassroots and youth-led activism.”

Both guest speakers ended the event with words of wisdom on the importance of student involvement in community organizing and black activism. They encouraged students to understand the current need for their participation in the movement.

“When I look at what our ancestors did, I see that they found their own liberation in their movement,” Castillo said. “I think it’s time for us to find ours. It’s our generation’s time now.”