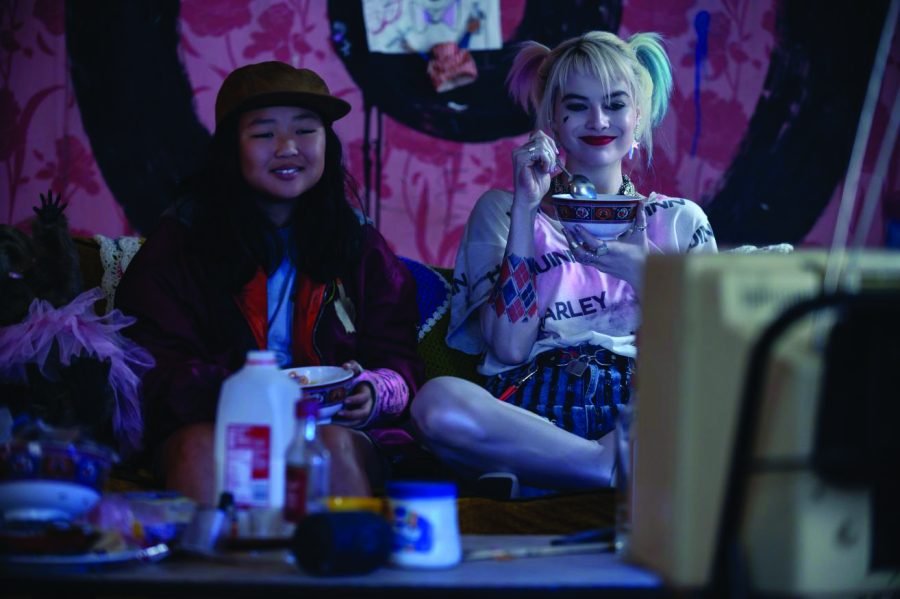 A cop, a pickpocketer, a singer, an assassin and one Harley Quinn take Gotham by storm as they face sexism and criminals in order to save their own skins.

“Birds of Prey,” released Feb. 7, is a film centered around Quinn, portrayed by Margot Robbie, and her newfound freedom after her breakup with the Joker following the events of 2016’s “Suicide Squad.”

“Birds of Prey” is an incredibly fun movie to watch. It has fun action sequences, great character chemistry and has strong representation. The characters refer to themselves as the Birds of Prey, crack jokes and tie up their hair as they take on the Black Mask’s goons, making typical comic book movie action sequences more fun and dynamic.

The film continues to add depth to Quinn’s character through her narration and back-and-forth storytelling. In the beginning of the film, Quinn retells different parts of the story multiple times but from different perspectives, which I find particularly unique. Viewers get an idea of Quinn’s madness

However, the in-depth characterization that Quinn receives often overshadows the secondary female characters, who I believe deserved more screen time. In particular, Mary Elizabeth Winstead’s character, Huntress, who I believe is the most interesting and entertaining character in the movie, has less than 10 minutes of screen time.

Another qualm I have with the movie is Roman Sionis and his lack of realism. While Ewan McGregor is a fantastic actor, his character is written as a stereotypical, sexist man whose only motivation is his resentment for Quinn and women in general.

While the plot of the film is that of a generic action movie, I do not feel that I was bored with it or I had seen it before because of the unique storytelling through Quinn as well as the fun dynamic of the “Birds of Prey.”

“Birds of Prey” was set to make around $50 million on opening weekend but underperformed, making only $33 million. Some believe that the reason for this underperformance was sexism. However, the movie was R-rated, cutting out Quinn’s teenage audience.

In a ploy to get more people into theaters to see it, Warner Brothers changed the title of the movie to “Harley Quinn: Birds of Prey” from the original title,“Birds of Prey.” In a statement to The Verge, a Warner Brothers’ representative said the title change was done in order to optimize search engine results and to tell audiences this movie was centered around Harley and not the Birds of Prey.

If you are looking for a fun movie to watch with your friends, “Birds of Prey” is the way to go. Although it has not performed well in the Box Office, the film has an 80% rating on Rotten Tomatoes from certified critics and audience members.