Eli Manning; Hall of Lame, not Hall of Fame 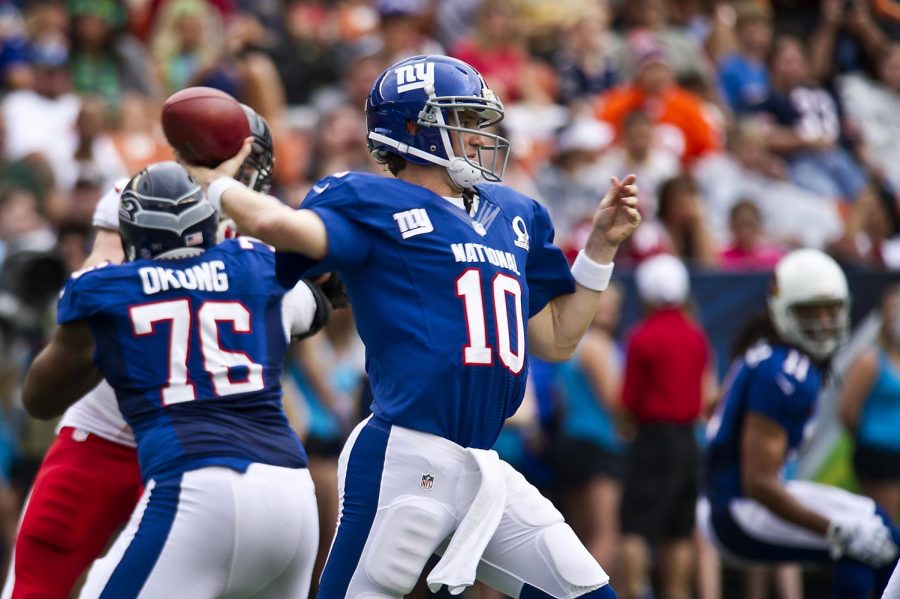 Eli Manning has only been invited to four Pro Bowls in his 16 year career.

After 16 seasons of the best facial expressions a football fan could ask for,  New York Giants quarterback Eli Manning has decided to hang up his cleats and retire. His successor, rookie Daniel Jones, has started 12 games in 2019, and with Manning looking like a deer in the headlights every time pressure comes, it made sense for the Giants and Manning to finally part ways.

It did not take long for Manning to realize that his window for a starting job elsewhere had closed some time ago, and his decision to retire has launched the discussion on whether or not he deserves to be in the Pro Football Hall of Fame in Canton.

In the words of Vironika Tugaleva, an award-winning author and poet, “Sometimes ‘No’ is the kindest word.”

Manning is not a great quarterback. He definitely had his moments, like his 2011 playoff run when he only turned the ball over once while throwing nine touchdowns to win his second Super Bowl. His “Iron Man” streak of 210 consecutive starts is probably the most impressive accolade Manning has — tied with Jim Otto for the tenth most all time. Knocking off Tom Brady in his prime twice on the biggest stage in American sports is an awesome feat as well.

But a couple good playoff runs and the ability to hobble out on the field every week does not make him a Hall of Fame player.

Manning loves to turn the ball over. Or at least it looks like it. He has the 12th most interceptions of all time as well as the sixth most fumbles ever by a quarterback. There was not a single season in which he was the starter when he finished with under 10 interceptions. Manning even threw 20, 25 and even an astronomical 27 interceptions in a single season during the 2007, 2010 and 2013 seasons, respectively.

Well, at least he won games, right? Wrong. Manning has lost as many games as he has won, retiring with a 117-117 record in the regular season. Not great.

Manning does have the seventh most touchdowns of all time. But that will change given that Aaron Rodgers and Ben Roethlisberger are just two and three touchdowns behind. Granted, these are two Hall of Fame caliber quarterbacks. Manning has also started 234 total games compared to Rodgers’ 174 starts and Roethlisberger’s 216 starts. Even Matt Ryan is 45 touchdowns behind, and he should surpass that before he retires.

In terms of accolades, Manning does not have much to show for either. He has been invited to the Pro Bowl only four times in his career. This is a pitiful number compared to other Hall of Fame quarterbacks. Roethlisberger, Rodgers and even Phillip Rivers have at least two more Pro Bowl appearances than Manning, and Rivers will most likely not be a Hall of Fame quarterback. Manning has also never been an All-Pro, meaning he was never one of the top-tier quarterbacks during his long career.

For someone who consistently played 16 games that is unacceptable. He has had more games than most to show off his skills, and he has failed in that regard.

Manning also averages only 7.0 yards per attempt.. When you combine this stat with his career completion percentage, Manning looks more like Case Keenum than a Hall of Fame quarterback.  This is a quarterback that has dumped the ball down over and over again, evident in his yards per attempt stat, yet he still has a mediocre completion percentage. Yards per completion is even worse, as his 11.6 yards sits all the way back at 143rd, historically. That is below guys like Mark Sanchez and Matt Schaub.

Of course, I would be remiss if I did not fully dive into his biggest accomplishments which would be his two Super Bowl wins. After all, this is where he garners much of his Hall of Fame support since the Giants beat the nearly undefeated Patriots in 2007.

He also threw the ball for the “Helmet Catch,” one of the most famous plays in NFL history. Manning made a good play to break a sack, and then threw one of the luckiest and most errant chuck-up balls I have ever seen. Wide receiver David Tyree then made a spectacular catch using his helmet to bring the ball down.

Manning’s other huge play, a throw to Mario Manningham in his second Super Bowl, was a great throw but was made legendary by a terrific “toe tap” catch.

Profootballreference.com has a Hall of Fame monitor in which it rates the Hall of Fame players based on a formula around peaks in their careers as well as normal statistics.

It helps Manning that he is a part of one of the most famous football families. His brother, Peyton Manning, is an all-time great quarterback. His father, Archie Manning, was a two-time Pro Bowl quarterback for the New Orleans Saints. Having those connections and name recognition has served Eli well over the years and will certainly play a role in his potential nomination in the Hall of Fame.

Of course, that has nothing to do with football and how he has played. Yet, because of his last name, he will certainly receive an advantage over other nominees. Look at Jim Plunkett. He won two Super Bowls and has yet to get into the Hall of Fame.

I’m not saying Plunkett deserves to be in the Hall of Fame, but it shows that rings are not everything.

Legendary Hall of Fame cornerback Deion Sanders put it perfectly when he wrote a small bit for nfl.com.

“Honestly, I’m not so sure what being a Hall of Famer means anymore,” Sanders wrote. “Football immortality used to be reserved for players who redefined their position, made a big impact on the game or dominated their position for a period of time. The way the Hall is trending now, Eli will get in most likely because he won two Super Bowls. It won’t be because he embodied any of those three points while in the league. It is what it is, man.”

Manning deserves his place in Giants history. Twice he brought the Lombardi Trophy to one of the most demanding fanbases out there. But franchise legends are not always Hall of Fame worthy.

“No Giant will ever wear No. 10 again,” Giants owner John Mara said.

That’s all well and good. You can honor his accomplishments. But five years from now, when Manning is eligible for the Hall of Fame, people will have to look past his famous last name and realize that he just does not deserve to be in the Hall of Fame.