A ‘vision’ into Marvel’s future

The reveal Marvel fans have been waiting for 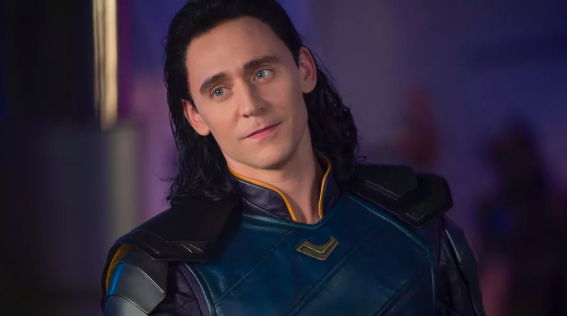 'Loki' was one of the new Disney+ original series presented during the Super Bowl.

Super Bowl Sunday had its fair share of action and entertainment.

We saw Patrick Mahomes and the Kansas City Chiefs make a fourth quarter comeback to capture the Lombardi Trophy. We got to see Tom Brady’s speech about Hulu’s content, not people’s initial thoughts of his retirement speech. We saw Jennifer Lopez and Shakira’s electrifying halftime show. We even saw the birth of Baby Nut, the baby version of Mr. Peanut.

But none of those things could top what Marvel fans have been waiting to see for quite some time now. A new trailer for Marvel’s big three new original series on Disney+ aired during the Super Bowl.

The three new shows that were presented were “The Falcon and the Winter Soldier,” “WandaVision” and “Loki.”

The trailer starts out by zooming into Captain America’s shield, and it gets yanked out of a tree. We then hear Sam Wilson say, “It’s time,” as he chucks the shield at another tree at a pretty far distance.

We finally get to see how these two characters interact with each other since their comedic interactions during “Captain America: Civil War.”

The trailer then shows some quick action clips of what is to be seen from the new show. Then a doorbell goes off, and we see Vision and he says in his calm tone, “Wanda, welcome home.”

We will learn how Vision is alive, since he was killed by Thanos in “Avengers: Infinity War.” Does he get reincarnated or is this a hallucination that Wanda is having for her late partner?

There is even a clip where Wanda is in a wedding dress holding hands with Vision, and he is wearing a suit and tie.

The segment ends when a telephone rings, and Wanda picks up the phone and says “Vision residence” as it shows to be on a classic style television set.

After that, there is a clip with a quote that states “The universe is expanding” showing that the world of Marvel is not slowing down and only growing from what it originally started with.

We then got to witness a small teaser clip of the show “Loki.”

Loki seems to be sitting in a dark room and with a grin on his face then says “I’m going to burn this place to the ground.” The scene looks as if the God of Mischief is being interrogated for something bad he has done … What else is new?

We get to see how he becomes alive since he was also killed by Thanos during “Avengers: Infinity War.” He finds a way to bring himself back to life during the time heist of “Avengers: Endgame.”

Fans now get to see how everything comes together now and how it turns out.

There is no set release date for any of these shows, but we finally saw a glimpse of what is to come.