Next in reality television

Netflix’s foray into fashion is a worthwhile watch 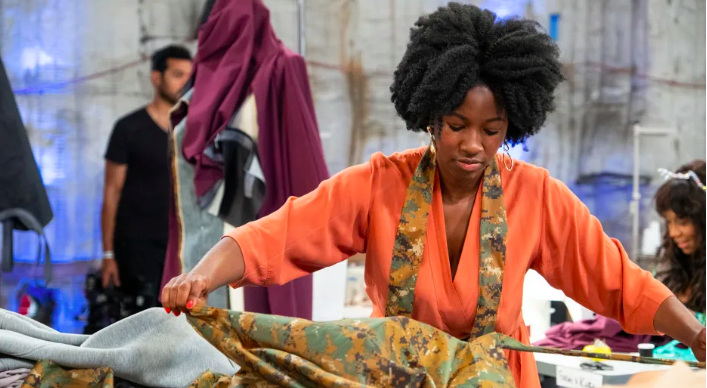 'Next in Fashion' was released on Netflix on Jan. 29.

With the rise of the media giant that is Netflix, we have seen a wide range of new programming come with it. From dramas like “The Crown” to comedies like “Unbreakable Kimmy Schmidt” and now to reality television with “Next in Fashion,” Netflix is making sure it creates content for everyone.

“Next in Fashion” is a 10-episode reality competition that seeks to find the next big fashion designer. The project is hosted by “Queer Eye’s” Tan France and fashion designer and model Alexa Chung. The winner receives $250,000 and can create a collection in collaboration with Net-a-Porter, a fashion retailer. The premise of the show is not all that different from that of “Project Runway.” Except, this show is on a streaming service which means no commercials and every episode is at your disposal.

There are 18 contestants from all different areas of the world, each with their own talents and experiences. In the beginning, all contestants are paired together in order to see how each designer works in a team. Some are paired together because they know each other, while others are not which creates tension and drama between differing fashion styles.

Each week, the contestants are given a new challenge in designing a type of clothing whether it be a red carpet look, a denim design or a streetwear outfit (the term streetwear being used very lightly as many of the designs feel too over-the-top for many to actually wear on the street).

It is particularly interesting seeing the teams interact with each other. Some teams, like Issac Saqib and Nasheli Ortiz-Gonzalez, operate with one person seemingly doing all the work, while others have trouble combining both their tastes like Hayley Scanlan and Julian Woodhouse. Others are a great team together, showing the power to friendship and even shedding some tears like Angel Chen and Minju Kim.

Overall, most of the teams work well together. It is a nice change of pace seeing people be nice to each other on reality TV instead of screaming at each other. Instead, we are given sweet moments of growth, love and respect. The show is reminiscent of “The Great British Bake Off” in that regard. Both show the world artists that are incredibly passionate about their work while also being incredibly nice.

“Next in Fashion” never views its subjects as something to be played with. The producers of the show clearly have some respect for not only their contestants but fashion in itself. Nothing ever comes off as cheesy or overproduced. Everything is presented with care and legitimacy, allowing fashion to come through as  true art and not something for petty drama. It creates a friendly competition between passionate designers that want to show the world their work and themselves.

The designers have an endless array of fabrics and tools that they can pick from to design their outfit. It seems as if Netflix spared no expense when it came to deciding the show’s budget. It doesn’t stop there either. The workshop and runway  designs are spectacularly constructed. Each week, the workroom transforms into the runway seamlessly and creates a fashion show production.

Each episode ends with Tan and Alexa sitting down on the couch and performing a little skit of sorts urging the audience to press the “next episode” button. As if much of the audience needs urging because “Next in Fashion” is the perfect binge-watch or to just have it playing on in the background. It balances that fine line between making sure the audience cares while also being mindless reality television.

“Next in Fashion” is a great addition to the endless assortment of fashion-related reality competitions, but it stands on its own with the strength and kindness of its contestants. You come expecting fashion drama and exceptional looks, and you stay for all of that and the great personalities. The show is worth the watch if you’re into “Project Runway” and all things related to fashion. But be aware, it can be addicting.