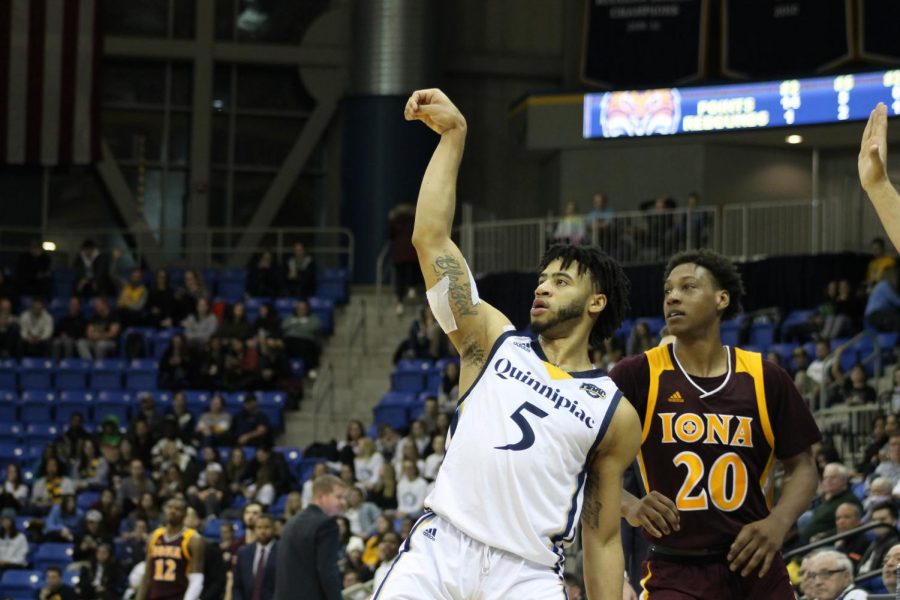 The defending MAAC champions showed that despite being in last place in the conference, they are still a team to watch out for.

At the start of the game, both teams came out cold, and no one was able to get a bucket for close to three minutes until Iona hit a three to break the scoring drought for both teams.

“We started the game with a good amount of defensive intensity, got a lot of stops early and for whatever reason our offense is not clicking,” Quinnipiac head coach Baker Dunleavy said.

Through most of the first half, the game was close. Both teams traded baskets, until Iona began to pull away toward the end of the half. Iona started making jump shots and forced Quinnipiac to turn the ball over and get out in transition. Iona ended the first half on a 14-6 run leading 32-20 at the break.

Early in the second half, Quinnipiac came out with a bit more sense of urgency cutting a 12-point lead down to seven, getting to the free-throw line and getting stops on defense, but that wouldn’t last long.

After cutting into the lead to within three, Iona called a timeout. The Gaels came out of the timeout firing.Iona was able to hit two 3-pointers in a row to extend its lead back out to nine.

Iona’s lead was not safe as Quinnipiac junior forward Jacob Rigoni and junior guard Rich Kelly were both able to hit two 3-pointers of their own to cut the lead back down to three again, but that was the closest Quinnipiac could make it.

A big reason why Iona was able to hold off Quinnipiac was its presence down low. The bigs were able to outwork the Quinnipiac bigs coming away with 40 rebounds.

“They are a physical team certainly with some guys with some size and probably didn’t answer the bell on that as well as we could’ve,” Dunleavy said.

All of Iona’s starters were in double-digit scoring and recorded all 73 points in the win. Quinnipiac tried for one last push, but Iona was too strong causing turnovers that lead to fast break scores.