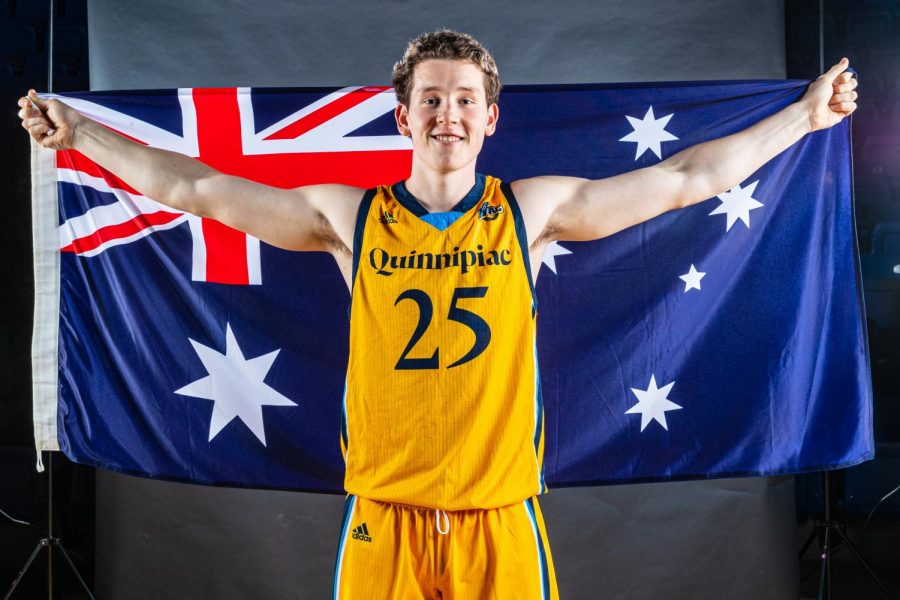 Junior forward Jacob Rigoni has been working to set up the fundraiser since December 2019.

“(The firefighters) are volunteering, they are putting their lives on the line for their country, and that is kind of what Australia is about, sacrificing yourself for the people beside you,” Rigoni said. “Hopefully supporting them to keep being able to fight the fires and rebuild their homes. It is just something I’m really appreciative of. It makes me proud to be Australian.”

Rigoni and his family are from Adelaide, South Australia — a population of 1.3 million as of 2016. In Adelaide, over 80 houses were destroyed, along with a third of the grapevines in the wine region, according to BBC News.

“It’s a pretty tough time Australia is going through. Thankfully my family has been pretty safe, but I’ve seen a lot about the families affected who I’ve grown up with or played against before,” Rigoni said. “It means a lot to have the support of the school. That’s why I love this place and the people here. I think since putting the fundraiser up, we’ve got a lot of responses, and we are trying to make as much money as we can for this cause.”

Rigoni, along with the Quinnipiac men’s basketball program, has been working on developing the fundraiser since December 2019. With the help of the Quinnipiac athletics communications and marketing teams, the fundraiser launched on Feb. 3. Nicholas Solari, assistant director of athletic communications, and Mary Alice Limperopulos, assistant director of promotions and ticketing, are two of the people helping push Rigoni’s fundraising.

“Jake had the original idea, he came to us looking for help. That is when we pieced it together and helped him with the creation of the webpage,” Solari said. “Even though he hadn’t been personally affected by it, it was something he wanted to help raise awareness and raise money for, and we were happy to help.”

Quinnipiac head coach Baker Dunleavy noticed how the team and the Quinnipiac community came together to support Rigoni and his fundraiser for CFS.

“Certainly, our guys have supported Jake,” Dunleavy said. “His family has been safe throughout the whole process, but his homeland is a long way away, and it has certainly affected him. It’s cool that the community is stepping up to try to help him do a little fundraising.”

Rigoni built a strong bond with the team in his first year at Quinnipiac, and that support has never wavered even in tough times.

“They were supporting me the whole time being here, through tough times like these fires and even when I’m struggling personally,” Rigoni said. “It is nice the way they have your back and look out for you.”

The Quinnipiac men’s basketball program will give fans the opportunity to donate to the CFS Foundation on Friday, Feb. 7, against Iona and Sunday, Feb. 9, against Manhattan. There will be tables set up in the lobby of the People’s United Center where donations can be made. Those who cannot make it to the games can donate online at https://squareup.com/store/QUstudentfundraising.