Three in the Key: The best of the MAAC

Quinnipiac is in good hands with Rich Kelly and Kevin Marfo, despite losing Cam Young 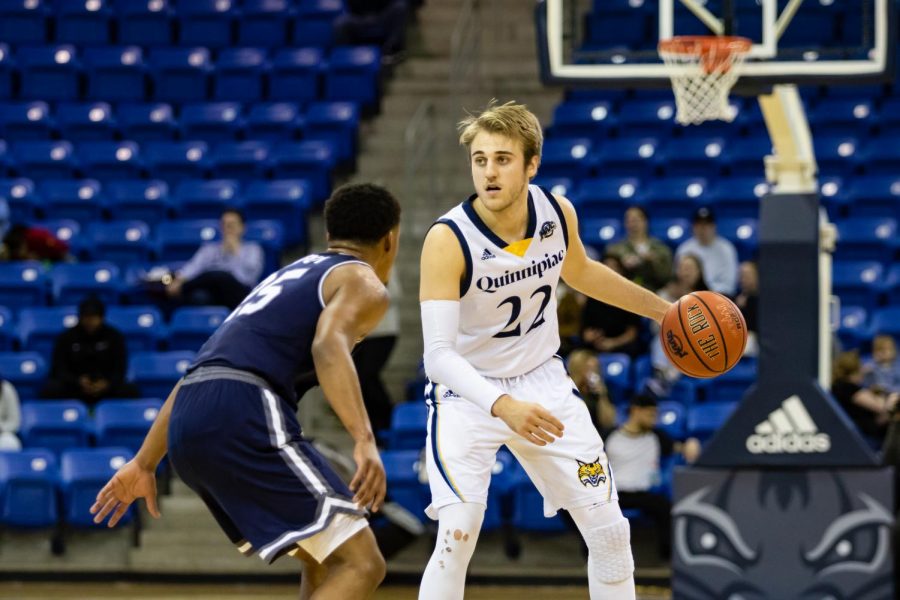 Cam Young, the former Quinnipiac guard, was one of the best Quinnipiac players to grace Hamden’s hardwood.

Young lit up the MAAC last year with and average of 23.5 points per game (PPG) on 48.2% from the field and 43.7% on 3-pointers en route to unanimously winning MAAC Player of the Year. So, entering the 2019-20 season, it was fair to question who would be able to replace his incredible offensive output, and how many people it would take.

For one person to replace Young would be statistically incredible. For example, junior guard Rich Kelly was last year’s second leading scorer with 13.2 PPG. If Kelly was going to individually supersede Young, Kelly would have to average 36.7 PPG — nearly 40 per game. That would be the most in NCAA history since 1975-76 when Marshall Rogers averaged 36.8 PPG for Texas Pan American. 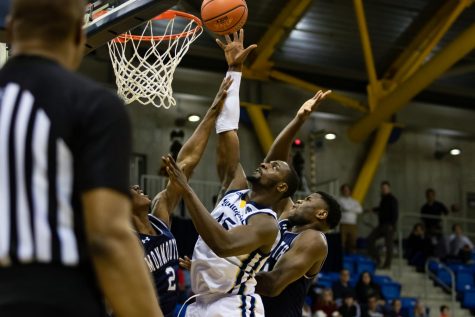 So, one person wasn’t going to cut it. Quinnipiac head coach Baker Dunleavy understood that entering the season and acknowledged that no one person would be able to increase his output by 23.5 PPG.

“We have not just one guy that fits that role, but maybe three, four, five guys,” Dunleavy said before the regular season. “Cam averaged 24 points per game for us last year. We don’t have anybody that’s going to average 24 more points.”

Dunleavy was right. One person didn’t step up. Two did. Kelly and redshirt junior forward Kevin Marfo did.

The two have grown significantly on the court, and through 20 games, their leadership and productivity stand out in the MAAC.

Kelly, the team’s starting point guard for the past three years, jumped nearly four points in his PPG average. He’s scoring 17.1 PPG compared to last year’s 13.2 and now leads the team in that category by about seven points. His average is also the second best in the MAAC, so he has a chance to be the second consecutive Quinnipiac player to lead the conference in scoring.

Now more than ever, Kelly has the ball in his hands, orchestrating the offense. His usage rate has increased from 20.2% to 26.3% while simultaneously decreasing his turnover percentage from 21.3% to 16.7%. So, he has the ball more often, and he turns the ball over less. Impressive.

Additionally, Kelly reached 1000 career points on Jan. 24, against Fairfield. He became the 15th player in Quinnipiac Division I history to reach the mark and the first since Young did so last year.

All this personal growth isn’t prioritized for Kelly, though. Before the season, when asked what was next in his development, Kelly said he wanted a MAAC championship. Nothing else.

His leadership and commitment to team success have put the Bobcats in the position they’re in now — a 6-4 record in the MAAC.

As was mentioned before, Kelly was not unaccompanied in his leap into stardom. Marfo, the starting team’s center, has not only blossomed into a defensive juggernaut for Quinnipiac, but also has garnered national attention because of his rebounding numbers. 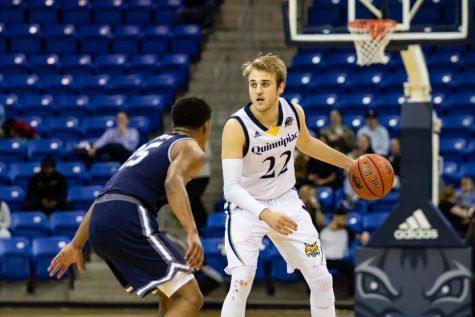 Morgan TenczaJunior guard Rich Kelly is second in the MAAC with 17.1 points per game.

Marfo grabs more rebounds per game (RPG) than every other NCAA Division I player this season. Incredible. He’s averaging 13.6 RPG through 20 games and has not had a game with fewer than 10 boards. If his season ended today, his average would rank 18th in NCAA history.

Leading the country in rebounding comes with consequences as Marfo has often been boxed out by two and sometimes three players. None of that concerns Marfo, though. He’s focused on himself and doing his job as a rebounder.

“I play against a lot of great rebounders, great rebounding teams,” Marfo said following a win against Fairfield in which he grabbed 15 rebounds. “The mentality is: have them stop me.”

Although Marfo’s rebounding gets national attention, his defense shouldn’t be undermined. At 6-foot-8 and 245 pounds, Marfo shuts down opponents in the paint. He’s the clear-cut defensive leader of the Bobcats, and his efforts are represented in his 95.8 defensive rating which is fourth in the MAAC.

To those unfamiliar with Marfo’s play, he’s not a traditional shot blocker. He only averages 1.0 blocks per game (BPG). Instead, he uses his strong frame to muscle players out of position. He does a terrific job at jumping straight up to contest layups and floaters. In nearly 28 minutes per game, he averages only 2.6 fouls per game.

Aside from his efficient defensive play, Marfo has nearly doubled his offensive output. Last season, Marfo didn’t get a ton of scoring opportunities because he shared minutes with former forward Abdulai Bundu. This year, Marfo increased his PPG average from 5.4 to 10.2. Most, if not all, of those points come from layups, dunks and free throws. The third has been a major improvement as he’s shooting 73% from the free-throw line after shooting just 63.2% in 2018-19 and 53.6% in 2016-17 at George Washington University.

To describe Marfo’s play on both ends of the floor as anything less than incredible, would be a crime. If the stats provided don’t convince you of his dominance, his player efficiency rating (PER) is 26 which ranks second in the MAAC and is 11 points greater than the average of 15. PER is a metric used to measure how effective a player is on the court based on the player’s minutes and the team’s pace of play.

Last year, Quinnipiac had arguably its best player ever in Young. This year, it has two stars in Kelly and Marfo. Under the tandem’s leadership, the Bobcats should have no trouble carving a path to the MAAC title game once again.