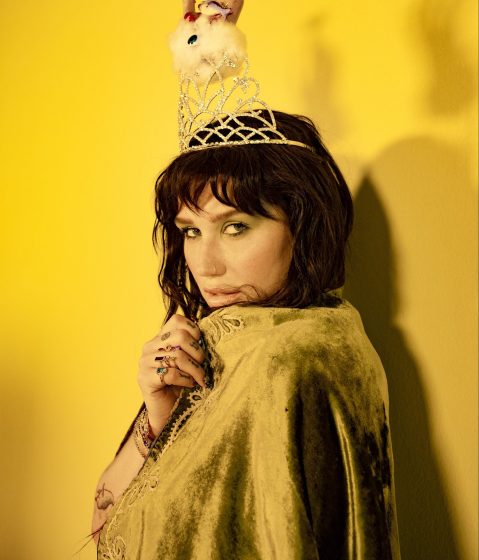 Kesha has always been the life of the party, and on her new album “High Road,” that hasn’t changed. In fact, her personality shines through brighter than ever before.

This is the first album Kesha has released since 2017’s “Rainbow,” which chronicled her intense and public legal battle with producer, Dr. Luke. Previously, Kesha had accused Luke of physical, verbal and sexual abuse. It was a towering achievement of pain, healing and escaping her abuser. In addition to the newly-found voice, she discovered a new sound moving away from the early 2010’s synth-electro beats to a more acoustic and chill pop.

Now, on the new album, she continues that change and improves on it.

If the album is anything, it is a feel-good record. Kesha is here to have fun, and she wants her audience to join her. On the lead single, “Raising Hell” featuring Big Freedia, we see Kesha not wanting “to go to heaven without raising hell.” It is in stark contrast to the rest of pop radio that seems to be getting quieter, darker and sadder. It is an uplifting anthem that is perfect for a party, a walk to class or just needing a little lift during the day.

Kesha continues the fun with “My Own Dance,” a song of self-love and ultimately trusting your gut. This song is probably the heart of the album — the thesis statement to some extent. It is about being free and ignoring all the other voices trying to get into your head. Kesha gets a bit weird on “The Potato Song (Cuz I Want To).” The song continues the themes from “My Own Dance” while also letting her inner child come out. She complains that she is “over adulthood,” and that she is throwing her “big girl panties in the garbage can.” Both songs provide the carefree vibe that Kesha is known for.

The fun doesn’t stop there. On the album’s title track, “High Road,” Kesha declares that she’s “taking the high road, I’m high as fuck/ And these assholes won’t shut up/ Got me laughing, I ain’t losing no sleep.” These are the exact type of lyrics that Kesha is known for singing. They are fun, not too serious lyrics that Kesha first put on the pop airwaves back in 2009.

However, this isn’t 2009 anymore, and pop stars are required to be serious sometimes. So, there are some more somber tunes on the album like “Father Daughter Dance.” The quiet song is the emotional peak of the album that sketches out Kesha’s longing for a father figure. She wonders “if I had a dad, would he have protected me from all the bad shit.” It is a simple song that deals with disappointment while also still being thankful for what you have.

The final song on the album picks up the beat without making it a party. The song, “Chasing Thunder,” is the perfect way to end the album. It probably should have been the album’s lead single. It is catchy, well-written and features a confident voice — a voice that is “going to keep chasing thunder.” The sound is reminiscent of the music of Elle King and Imagine Dragons. This is the type of music that I want to see more of from Kesha.

Overall, the album may be a little uneven when looking at it as a whole project. The sounds too often jump back and forth between pop electronic sounds and acoustic country-esque sounds. Nevertheless it is a great and fun pop album. It is Kesha at her highest and happiest. Often in pop music, stars try to cater to a carefree persona, but few can actually say they are carefree like Kesha. Kesha has created an authentic record that will be recognized as one of her best artistically.