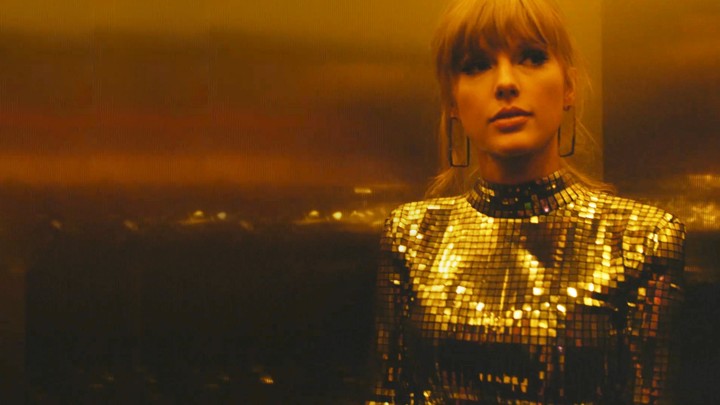 The documentary about Taylor Swift, 'Miss Americana,' received a 90% rating from Rotten Tomatoes.

In the Lana Wilson documentary, the camera follows Swift through home videos, one-on-one interviews and moments from television. Viewers see Swift’s rise to fame, controversy and her constant reinventions of herself.

Shots of Swift eating dinner and with her mother, Andrea and her friend, Abigail Anderson, show the multi-faceted woman that we see through performances and interviews. Clips of home videos from early in Swift’s career show her before she rose to stardom.

As Swift leaves her New York City apartment, fans line the steps, and she has to be escorted to her car by security. Swift discusses how this constant upkeep of appearance has had a toll on her, saying she has suffered from eating disorders in the past and is still fighting to recover.

“I’m a lot happier with who I am, and I’m happier with how I don’t care as much if somebody points out I have gained weight,” Swift said in the interview after leaving her apartment. “It’s just something that makes my life better. The fact that I’m, you know, a size six instead of a size double zero. I mean, that wasn’t how my body was supposed to be.”

The documentary only briefly covers Swift’s relationship with her partner, Joe Alwyn. Although viewers don’t see much of him in the film, Swift says that keeping their relationship private has allowed her to be happy, but not in the way that she “had been trained to be happy.” The documentary does not mention Alwyn’s name or show his face more than once.

In 2018, Swift opened up about her views in politics, supporting Phil Bredesen in the Tennessee Senate election. Viewers get to see Swift stand up to her father and team, who believe it is not her place to make such judgements.

Swift also refers to Bredesen’s opponent, Republican Marsha Blackburn, as “Trump in a wig.” Blackburn has previously voted against legislation such as the Violence Against Women Act, which protects women from harassment and stalking.

“Taylor is an exceptionally gifted artist and songwriter, and Nashville is fortunate to be the center of her creative universe,” Blackburn said in a statement released hours before “Miss Americana’s” release.

I was surprised that the documentary did not mention Swift’s ongoing feud with Scooter Braun. Braun acquired the rights to Swift’s first six albums which led to a disagreement between her and Big Machine Label Group, her former label. Swift accused Braun of barring her from performing her old songs, which he later disputed.

While I do wish that it featured interviews with Swift’s parents or other people involved in her career, I realize that that was not the intention behind this documentary. At its heart, the entire story that this documentary sets up is a coming of age story. Despite Swift being in her late twenties when it was filmed, the amount of growth that viewers see her go through is astounding.

“There’s this thing people say about celebrities, that they’re frozen at the age they got famous, and that’s kind of what happened to me,” Swift said over clips of her interacting with fans. “I had a lot of growing up to do, just trying to catch up to 29.”

Older clips that were used in the documentary portray Swift as a shy, sweet country girl who does not make noise or break expectations others have set for her. As the documentary goes on, Swift begins to stand up for herself, becoming a strong, passionate figure for young girls to look up to.