Three Oscars Races to Watch For

This year's Academy Awards feature a handful of tight races, as heavyweights ‘1917’ and ‘Joker’ loom large 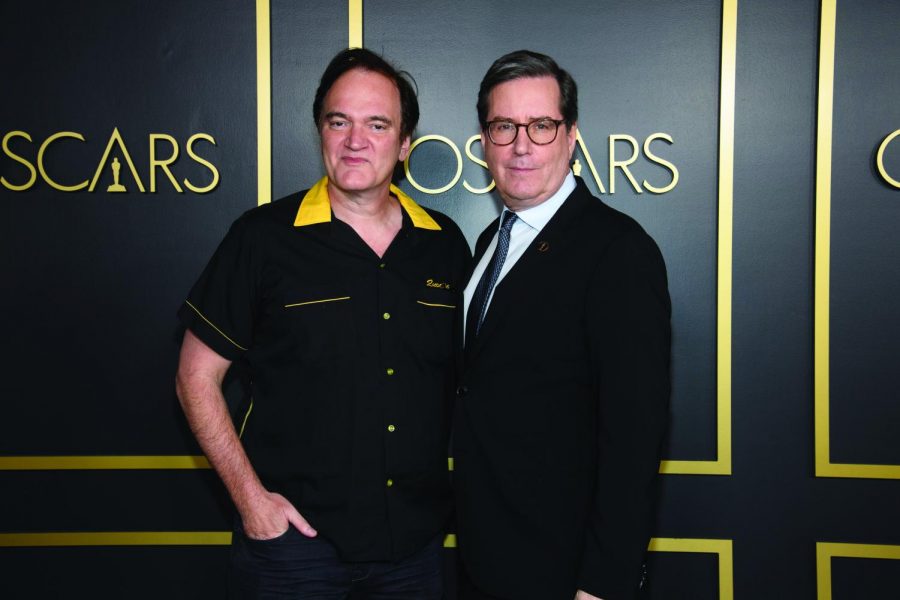 Photo from the Oscars Press

The 92nd Academy Awards will be sure to provide an entertaining evening, as 2019 was a particularly prolific and memorable year in film. In an awards night packed with diverse offerings, exciting presenters including Timothee Chalamet, Will Ferrell and Gal Gadot, this year’s nominations are stacked across the board. Here are three of the tightest races and some of their potential winners.

The race for Best Supporting Actor features quite the ballot. Mob epic “The Irishman” offers Al Pacino’s portrayal of Jimmy Hoffa and Joe Pesci’s performance as mob boss Russell Buffalino. Pacino’s depiction of Hoffa is convincing, but Pesci is the film’s true supporting star, a quiet force. In a stacked race, Pesci may not be able to beat out heavyweight Brad Pitt, who is the favorite to win for his role as stuntman Cliff Booth in “Once Upon a Time… in Hollywood.” Anthony Hopkins in “The Two Popes” and Tom Hanks in “A Beautiful Day in the Neighborhood” round out this category’s loaded ballot. Given the Academy’s love for films that embrace Hollywood, it feels like this award is Pitt’s to lose.

My pick: Joe Pesci, “The Irishman”

Likely pick: Brad Pitt, “Once Upon a Time… In Hollywood”

This year’s Best Picture race features a staggering amount of outstanding filmmaking and overall strong performances. It’s hard to forget about “The Irishman” and its nine Oscar nominations, but it may have lost steam after failing to take home any Golden Globes or Screen Actors Guild Awards. “Once Upon a Time… in Hollywood” could win here, but it feels like it’s destined for Best Original Screenplay. Signs point towards Sam Mendes’ war epic, “1917,” as the likely winner. Its momentum might be too much to stop after its success at the Golden Globes, Screen Actors Guild Awards and BAFTAs. It would be fun to see “Parasite” win here, too.

It’s a shame that Greta Gerwig won’t contend for this award for her work on “Little Women,” a result of the Academy crafting an all-male ballot. Gerwig’s partner, Noah Baumbach, also deserved consideration for “Marriage Story.” Despite their absences, the pick for Best Director will be one of the night’s biggest moments. This is the one race where it truly could go any direction. Sam Mendes will earn plenty of consideration for his work on “1917,” but will it get more attention for Best Cinematography or Best Picture? Martin Scorsese looms as the elder statesmen of the nominations and pulling off Best Director wouldn’t be a total shock. Quentin Tarantino, however, is squarely in the mix for what would be his first Best Director nod. Don’t forget about Bong Joon-Ho’s “Parasite.”

My pick: Quentin Tarantino, “Once Upon a Time… in Hollywood”

She stands out in this category. Margot Robbie’s performance in “Bombshell” is the dark horse contender.

If not for “Joker,” Adam Driver would likely earn his first Oscar nod.

“Once Upon a Time… in Hollywood”

Quentin Tarantino’s summer hit feels like the pick here, but could “Marriage Story” pull off the upset?