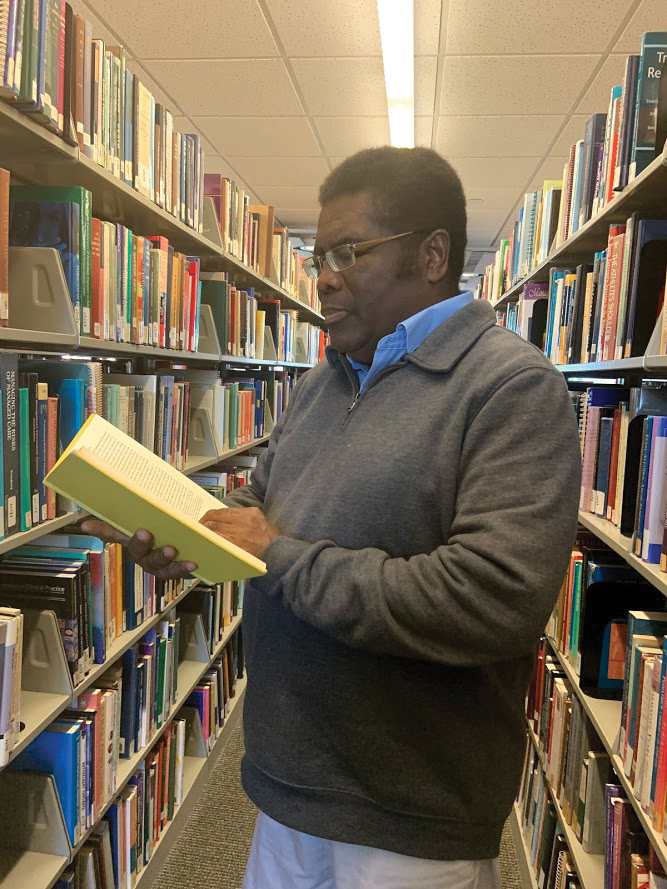 Patrick Harewood has spent years making his mouthwash and hopes to launch it late this year.

A Quinnipiac University professor was awarded a patent on Jan. 7 for a mouthwash that will aid in relieving the symptoms of dry mouth.

“She’s our dentist,” Harewood said. “She knows my background as a food microbiologist, a chemist and asked if  (my son) thinks it would be something I would be interested in. She and I started talking about it and it took off from there.”

Harewood’s knowledge in the dentistry field was limited because his background is in food science and biology.

“It’s a lot of work, a lot of research. I had to learn about dry mouth and that dental aspect of it because I didn’t have that experience,” Harewood said. “My partner and I would brainstorm and come up with our likely ingredients, and I came up with this mix.”

“I got involved with food and agriculture because my grandfather, he was very into agriculture,” Harewood said. “He had a lot of agricultural land. He produced a lot of fruits and vegetables and sugar cane and all that type (of) stuff. My mom was also interested in that, she was a very, very good cook. Food was something I was raised up into.”

Since the mouthwash is claiming to alleviate the symptoms of dry mouth, which is classified as a disorder, it has to go through a different process for approval from the FDA, unlike other mouthwashes, which are categorized as cosmetic products.

“The way it works is that it has a two-fold application,” Harewood said. “It acts as a moisturizing agent. It also plays an important role in stimulating the saliva glands to actually produce saliva.”

Harewood explained how dry mouth can be detrimental to a person’s health, causing issues such as tooth decay and gum disease.

“Saliva also neutralizes the acids that are produced by bacteria in the mouth that cause tooth decay,” Harewood said.

Harewood said he wants his research experiences to be used as an opportunity to engage his students in his biomedical science classes.

“I am very excited … to have this opportunity to share my experiences with my students,” Harewood said. “I hope that they can get inspiration from me. If I can do it, they can do it.”

Sophomore biomedical marketing major, Emilie Wilkinson had Harewood as her professor in BMS 117 (The Human Organism) and said she felt having a professor who was so involved in research made a difference in class.

“Learning from someone that has actually gone through what they’re discussing means so much more than someone who hasn’t,” Wilkinson said. “You could tell that Professor Harewood was extremely knowledgeable about the research process and what it takes to develop a product and bring it into the world.”

Harewood and Fantarella are working on the final details regarding manufacturing and distribution and have plans to have their product on the market in late 2020 or early 2021.