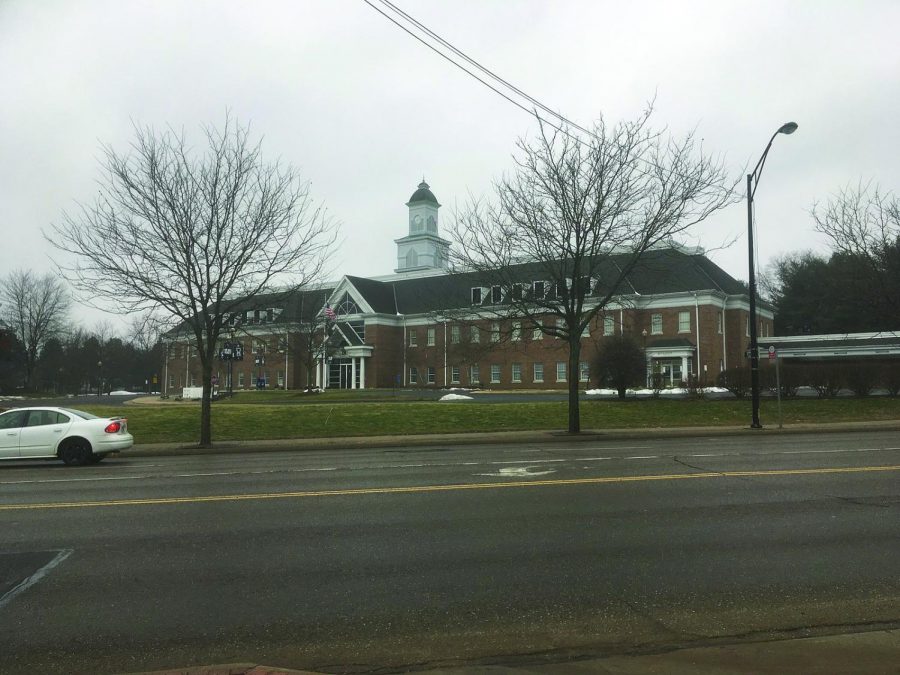 LeBron James’ I Promise School is a public elementary school that opened in 2018 and aims to support at-risk children.

When Kobe Bryant, his 13-year-old daughter Gianna Maria-Onore and seven others were killed in a helicopter crash on Jan. 26, people across the globe were sent into a state of shock. The news was unbelievable, and thousands took to social media to give their support to the families of those involved in the crash.

One person who had something particularly troubling to say, though, was Felicia Sonmez, a Washington Post reporter. Just hours after news of the crash broke, Sonmez tweeted, “Kobe Bryant’s Disturbing Rape Case: The DNA Evidence, the Accuser’s Story, and the Half-Confession,” with a link to a story about the case from three years prior, one she didn’t write.

That doesn’t excuse Sonmez for what she did. Reposting a story like that hours after a man and his daughter were suddenly and tragically killed is disturbing and despicable — but that’s not the point of writing this.

What I’ve been realizing in times of late is that people like Bryant, Tiger Woods and even Michael Jackson are held to standards that all icons should be held to. With the exception of Bryant, given how recently he passed, all are thought of in their totality — the way it should be.

It is important that we remember Woods’ mistakes. He cheated on his wife and damaged his family. He broke the trust of those he was closest to and faced severe consequences for his actions. Still today, the narrative of Woods is one that’s shrouded with negativity and judgement.

In my experience, I’ve had very few conversations about Woods that don’t involve his scandal. When I recently mentioned that Woods is one of my heroes, a friend of mine queried as to how I could look up to such a disgusting human being.

But that’s the thing, all of our heroes have flaws. Everybody we look up to is imperfect.

Albert Einstein, who is universally and near-exclusively praised, committed more than a fair share of sins himself. Dinitia Smith, a writer for the New York Times, once detailed those sins, exposing parts of Einstein’s personality seldom mentioned.

In letters to his first wife, Einstein demanded she serve him three meals each day and obey his every order. He threatened to end their marriage if she refused to leave his bedroom or study at his first order to do so, and commanded that she, “renounce all personal relations with me, except when these are required to keep up social appearances.”

So when I was asked how I could look up to Woods, it would have been just as easy to turn the question around and ask how could anybody look up to someone like Einstein. The reason I didn’t is because it would have been just as wrong for me to pose that question as it was for my friend to. No hero is perfect, not our black heroes nor our white ones. It’s just that our white ones have an easier time obtaining and keeping the label of perfection.

No role model is the one perfect person to try to emulate, because no role model had it all. What’s unfortunate is that people seem to forget that nobody is perfect, and they seem to have a much easier time forgetting that notion while thinking of their white heroes.

The color of Einstein’s skin should serve as no excuse for being the cold, harsh husband he was, and Woods should continue being denied a free pass for his actions as well. They need to be held to the same standards.

Another example of a white icon escaping a troubled history is Peyton Manning. The legendary NFL quarterback is known as one of the greatest players in the history of football, remembered for his two Super Bowl victories and five Most Valuable Player awards.

What people have so easily forgotten is that while at the University of Tennessee, Manning forcibly exposed himself to a female trainer without consent. Manning has been given a free pass for his mistakes, seldom remembered for what he did wrong during his time at school.

Chris Brown, on the other hand, is justly being held accountable for his past wrongdoings. The singer-songwriter defiled his reputation when he abused his then-girlfriend Rihanna. Rightfully so, Brown’s mistakes have lived with him since they became public. People are treating Brown the way all idols should be treated; as an imperfect being with flaws, but Manning and others like him are given lower standards.

And still, quite unfortunately, the issue doesn’t cease there. It isn’t just that white icons can earn the perfection label, even when they’ve done horrible things, but that people sometimes hope an icon of color will fall from grace. If Sonmez’s tweet isn’t proof enough, then look no further than the scrutiny and hatred LeBron James battles every day.

Citizens across the globe seem to wait with bated breath for James to finally slip up, refusing to embrace the positive change he’s brought to so many communities, instead painting him as a monster.

When James created the I Promise School in Akron, Ohio, he worked with educators to implement a plan that would raise the level of education for the city’s students. Without prompting, James decided he wanted to pave a road toward success for countless children he didn’t know.

The response? For most, it was positive. People were happy to see what James was doing for his community. There were, however, an overwhelming amount of people who were furious with James. Rather than praise his actions, people became obsessed with smearing his name.

There was a blatant effort to tarnish James’ clean record. People made up lies that his new school would increase taxes for local residents in an attempt to corrode James’ reputation. He was dubbed a crook who hurt the people living in his community. Critics were all too excited to have an opportunity to destroy James.

People should appreciate what he’s been able to do and the example he’s been able to set for adults and children alike, not pray for his downfall. His efforts should be exemplified and taught, not ridiculed. It’s wrong that even when given a higher bar to reach, when a person of color meets the higher standards they’re held to, they still don’t get the praise they deserve.

What makes it more upsetting, though, is that seemingly no white icon receives the same treatment that James does. It’s rare, if it occurs at all, to witness the same level of hatred expressed toward James being expressed toward somebody like Dirk Nowitzki.

The fact is, we as a country are a long way from equality, but one great place to start would be here. If children can grow up idolizing men and women of color as well as white men and women, the divide will start to shrink. But until we fix the false notion that people can be perfect, and that the only people who can be are white, we won’t reach equality.

Until everybody is held to equal standards, then nobody will understand that all humans are equal. Until people can appreciate and ridicule white and black legends in the same way, the march toward equality will remain motionless.