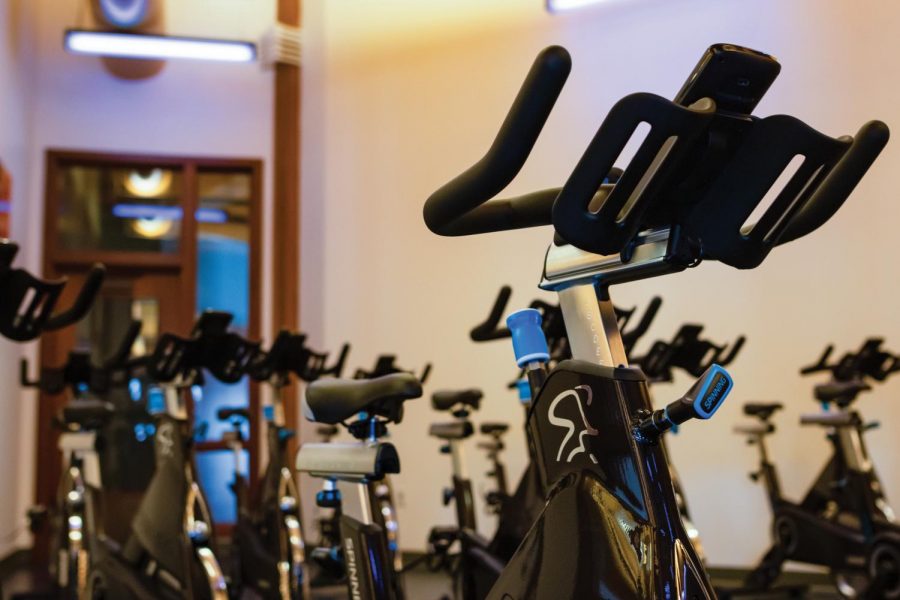 The equipment is meant to offer a more immersive and entertaining workout experience for students. The 29 new machines include eight treadmills, eight ellipticals, six bikes, four adaptive motion trainers (AMT) and three steppers. The old equipment, which had been in the fitness center since it first opened in August 2010, was long overdue for retirement.

“All of our equipment in this facility was original to when Rocky Top opened,” said Mike Medina, Quinnipiac’s director of campus life for recreation. “All the cardio, all the strength equipment and then all the spin bikes were original (machines).”

Most gyms replace their equipment after three years of use according to John Somers, the coordinator of campus life for recreation at Quinnipiac.

“This is a university investment in York Hill,” Medina said. “We know that they’re investing money downstairs, and the pub is the new, sexy idea that everybody is like, ‘I can’t wait for the pub to open,’ but the experience at York Hill is more than just a bar for people who are 21-plus.”

Twenty-six of the of the 29 new machines, are considered “network equipment,” meaning they can link to the Preva application.

The Preva application is where the new features start to come into play. Preva, which is available on the App Store as well as Google Play, can be downloaded to any smartphone or accessed on a web browser.

Once a student registers for a free Preva account, they can keep a closer eye on their workout information. All workouts are documented and stored on students’ accounts, which can be linked to their QCards for quick and easy sign-ins. With one tap, students are able to log into their account and start their workouts.

“(The machines) have a new computer console that’s in a better spot so people can see their statistics,” Medina said. “We’re seeing the trend right now in fitness and wellness, everybody wants to know — between wearables and everything that they do — what’s my post-workout statistics.”

The new machines offer such statistics on the go. Users can access past workouts whenever they desire, even comparing a current workout to a previous one. This way, progress can be tracked in real time during a workout rather than post-workout.

“Say I were to pick one of the workouts on here, and the next time I log in I were to pick the same workout, it would show you where you are in relation to that workout,” Somers said.

The machines also offer entertainment experiences while working out. The new consoles come with applications including Netflix, Live TV, Spotify, iHeart Radio and more. Students can link their Bluetooth headphones to enjoy a show or music while doing cardio.

Medina noted that ideally, each machine will also add Hulu and ESPN+ to its list of usable applications by summer 2020. Spin classes are taking on new identities as well.

“We’ll have a spin class, and we’re going to call it ‘Bikes and Brews,’” Medina said. “So you go (to class), you ride, then you go downstairs to the pub and you’ll be able to get a beer afterwards. We’re going to cater to some events with the pub.”

The classes themselves should start seeing improvements in the near future as well. Tamarack Reilly, the director of fitness and well being, has ideas about how to make spin classes a more enjoyable and realistic experience.

“Eventually I know one of (Reilly’s) goals is to do ride-alongs,” Medina said. “So you’ll have a screen up here in the front (of the spin classroom), there will be a picture that’s moving while you’re spinning … so it feels like you’re actually out there doing the workout.”

The project is part of an ongoing effort to improve the student experience on York Hill.

“We have to give more offerings for the students who are living up here, and this is a huge investment to help a student,” Medina said. “This is the university saying this is an improvement that we need to make to have our students have a better experience at York Hill.”