In Tyler Perry’s Netflix debut, he releases another faulty project 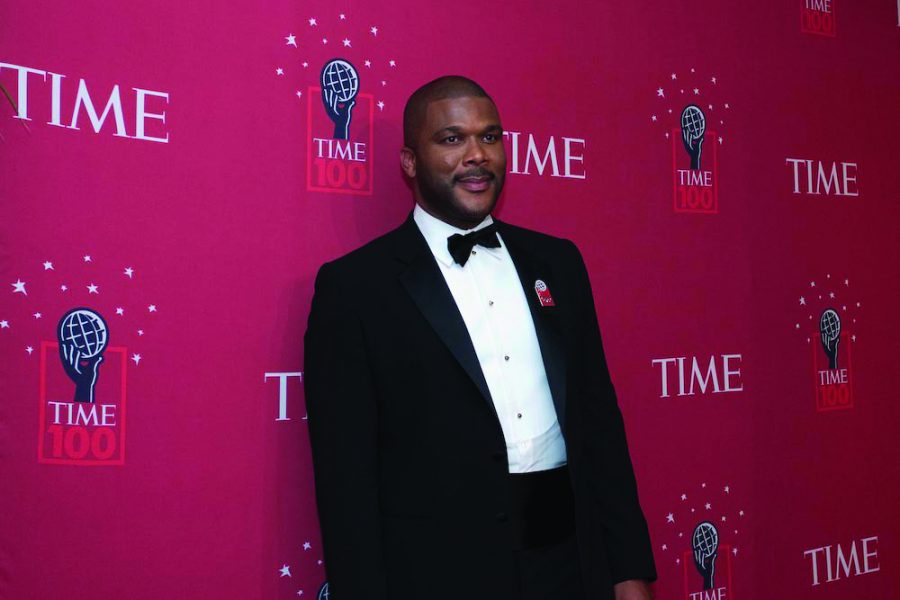 Art is subjective. Only the artist knows what he or she is trying to convey to his or her audience. Now, how well his or her message communicates the message, concept and inspiration can be left for judgment. The same goes for movies. Often times, the general premise of the movie is solid, however, where directors usually lose the audience’s attention is the execution of the story.

“A Fall from Grace,” released on Jan. 17, on Netflix, has had time to circulate around and be digested by the masses. It’s supposed to be an ominous, unsettling, slow-burn thriller made to keep you on the edge of your seat. It has a solid roster of actors: Crystal R. Fox, Phylicia Rashad, Mechad Brooks and a slew of capable others. However, you don’t have to look far past the first scene to realize anyone associated with the project was done a disservice.

In Perry’s latest creation, a middle-aged woman named Grace is swept off her feet by a young, handsome artist named Shannon, giving her a new perspective on life. They love, live and eventually elope, and Grace is on top of the world. However, her bliss quickly morphs into misery after she learns her newly wedded husband is just a low-life scammer that preys on older women.

Through a series of fraudulent legal transactions, Shannon takes everything Grace owns. Broke, facing jail time and constantly being subjected to mental and verbal abuse, Grace snaps and kills her husband with a bat. Grace’s lawyer fights feverishly against the clock and even her boss wishes to find out the truth behind what really happened.

That plot screams classic Tyler Perry production, and that isn’t meant to be a compliment in any way.

While watching “A Fall from Grace,” I found myself making a mental laundry list of things about the movie that were hard to believe or just poorly written. I noticed a bigger, overarching problem: All of his movies are like this. Whether it’s the underdeveloped scenes, poorly written dialogue or the stale characters that lack depth, Perry is constantly being found guilty of lazy writing.

Perry is a repeat offender of skimping on logic in an effort to weave together his over ambitious plot twists. His movies are crammed full of blunders that can’t be explained in any other way than laziness. His faulty props, poorly chosen wigs (sometimes actor’s hair change mid-scene) and there are even instances when the actor’s microphone is visible. There is no way to explain things like this besides negligence. It almost comes off as an insult to the viewers’ intelligence at times.

Each movie he creates is uniquely bad for their own reasons. However, a central theme they seem to share is that the foundation of his movies is centered around black women suffering intense physical, emotional and mental abuse. All but three of his movies (“Precious,” “I Can Do Bad All by Myself ” and “Why Did I Get Married?”) have a woman tussling with a man for her mental, physical or financial liberation only to be saved by another completely different man in the end. He’ll constantly put them in the most dire and gullible situations. It’s evident that at no point in time during the writing process was there an actual black woman present with influence to alter the script or a character’s portrayal.

I’m not the first person to come out against Perry’s productions. Social media is often quick and ruthless when giving feedback on his movies. However, none of it has swayed Perry from creating the kinds of movies he’s built his reputation on.

“I speak to my folks. And I speak my language,” he said. “And how would I look, disassembling my machine because someone doesn’t like the stories I tell and how I tell them — when millions of people do?”

While there is an undeniable number of people that loathe his productions, there is a legion of Perry’s faithful that demand his brand of movies. Masquerading around as Madea — Perry’s most notable character, he has earned over $1 billion.

Perry’s roots are so entrenched in African American cinema that he’ll always have an audience. Since the 1990s, he’s been on top of the modern theater scene, and he knows that. He’s been entertaining the same audience for 20 years now.

Anyone that wasn’t an adult at the time of his inception probably isn’t going to like his movies. His melodramatic, hyper-stereotypical movies aren’t for the younger demographic. His stories that he’s so privy to and familiar with aren’t things that the current generation can relate to. Seemingly, more of today’s generation is liberal and progressive in comparison to when Perry first broke out as a filmmaker- illuminating women of color as strong characters of resolve is a direction Perry should try in the future.

It’s for the same horde of patrons that have been following him since the beginning. If you can’t relate to the plot or consume them leisurely, you probably shouldn’t watch his productions at all.