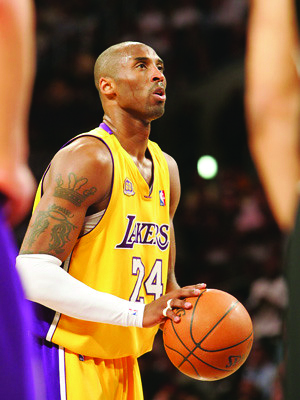 Kobe Bryant was an NBA legend and a father of four.

Thank you for helping me love basketball as much as I do. I was born in 2000. You were drafted into the NBA in 1996. I don’t know basketball without you somewhere in it. You were my first basketball jersey. Some of my earliest memories of basketball is hearing your name shouted by my dad who rooted for your success late at night while I was trying to get enough sleep for school the next morning. That is why the news of your death along with your 13-year-old daughter Gianna is incredibly hard for me to swallow. My deepest condolences to all the families of the nine victims who died in the helicopter crash on Jan. 26.

Even after writing these words it still doesn’t feel real that this actually happened. The news left me speechless and shaken to my core. Losing you so early and so tragically has left me heartbroken not just as a diehard basketball fan but as a person who feels an immense amount of sympathy for your wife, Vanessa Bryant, your three other children, your parents and everyone that knew and truly loved you.

To me, you are the epitome of hard work. For as talented as you were as a basketball player drafted straight out of high school, you are the personification of overachieving and never becoming complacent. While alive, you were a living legend. You had a reputation for practicing by yourself in gyms while other great players slept. You broke a bone in your right hand and that upcoming summer you made — not took, made — 100,000 shots in order to correct your shooting form. After tearing your Achilles — one of, if not the most, derailing injuries in professional sports — you managed to drill both foul shots and eventually play another 107 games after that. You scored 81 of your team’s 122 points to lead the Los Angeles Lakers to a win and possess the record for the second-highest single-game scoring performance in NBA history. You scored 60 points in your final professional game. On the court, your work ethic is nothing short of legendary. You played and practiced like every game was your last. This is why it hurts so much as a basketball fan to know that you are gone forever.

It would be expected that you would take a break after having an unforgettable basketball career for one of the marquee teams in all of sports because maybe your 20-year basketball career restricted parts of your personal life from blossoming sooner. This, as anyone can expect, was a silly concern because that was not the Kobe way, the mamba mentality. As one of the preeminent basketball players of your era, you turned out to be an even more preeminent human being. You were a husband, a son and a loving father to your four daughters. You founded the Mamba Academy, a high-level training facility for adults and kids. You wrote children’s books meant to inspire the imagination and as you put it, “encourage children to develop their own inner magic and believe they can achieve the impossible and do so in a fun way.” Two years after stepping away from the game, you won an Oscar for Best Animated Short Film with “Dear Basketball.” You were never shy to motivate or provide mentorship to current NBA players like Kyrie Irving, Jayson Tatum, Giannis Antetokounmpo and many more. The last time the world heard your words was when you congratulated LeBron James on Twitter for passing you in all-time career points the day before your passing on Saturday, Jan. 25. “Continuing to move the game forward @KingJames. Much respect my brother #33644.” One of the final videos I saw was with you watching NBA basketball courtside with your daughter Gianna explaining to her the ins and outs of the game in a way only you can.

I am heartbroken, not only because you are a huge part of why I love basketball so much or because watching your impossible shot making inspired me to say “Kobe” while practicing my fadeaways on the basketball court outside. I am devastated because the world lost an even greater human being that touched the lives of all who knew him personally and from a distance. I’m one of those distant onlookers who have been made better because of the example you set forth. I watched you move with class on and off the court. I indulged in listening to your almost infinite wisdom on not just the game of basketball but on life. You inspired me to never settle for less. You inspired me to use my talents and overachieve with them. You inspired me to share the little that I know to the people I can reach.

Your life is unquestionably bigger than basketball. You will forever be missed. 41 years old is way too soon. Thanks for everything.