Enjoy the memories and embrace the future 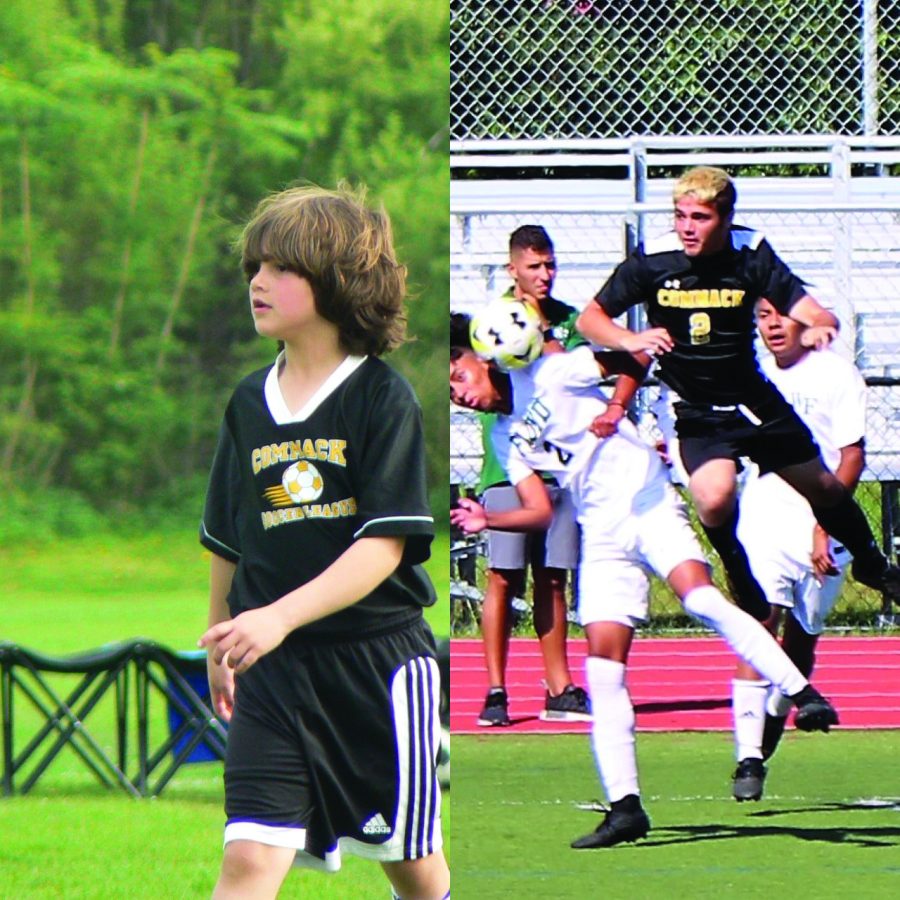 Soccer has been a passion for Michael Sicoli for the past decade.

It feels like ages since I last wrote for The Chronicle. Turns out it was simply just last decade.

Dad jokes aside, it has been a crazy 10 years. To think that most of my fellow freshmen were just eight years old when this decade began is completely insane. Over that time, so much has changed. People evolve over a span as long as a decade. From their personal experiences to the popular trends that alter the way we approach the world, most do not even resemble what they were when 2009 turned into 2010.

Sports have played an important role in my life. The decade began with LeBron James forming a super team down in Miami, and has ended with the apparent fall of one of the greatest dynasties in sports history, the New England Patriots.

This decade has included some historic and defining sport teams but at the end of the day, the most important part of this decade for people to remember is that a full ten years have passed. From a college freshman’s perspective, this has been a lively decade. We have grown from children to adults, from followers to leaders. Ten years ago, we were driven around by parents and now we are doing the driving, both figuratively and literally.

On a more personal note, the relationships we keep define who we are. The friends we keep tell a lot about ourselves. At the beginning of this decade I was just a kid who kept to himself and had a mop of hair on his head to avoid getting frequent haircuts. I played soccer fairly competitively after school and kept a couple friends close while keeping the rest away. I read constantly in my spare time, reading everything from “The Hardy Boys” to “Percy Jackson.” Now I read online articles — I can’t even remember the last time I read a book for pleasure.

Gradually I grew up, as people do, and started to open up. Around eighth grade I cut my hair and opened up. I found a circle of friends that I believed would be around for a long time. Kids that were basically family. I entered high school on a high note, with a promising soccer future on a team that was one of the best in the nation, friends I loved to be around and promising test scores.

But after a couple years, things started to fall apart.

Academically, I still did well. But as a high school teenager, academics were not the center of my universe. My soccer journey began to reach its end after suffering numerous injuries that just wore me down. I even broke my sternum while suffering a heart contusion after colliding with a goalie, and that injury sealed the deal for me when it came to pursuing college athletics outside of intramurals.

But the defining moment for this decade for me came a few months later with the start of my senior year. After adding a new kid to the friend group, things began to change. We grew apart after years of friendship, spearheaded by the new kid added over the summer. I was removed by the closest friends I had and was alone.

It was a rough few months. I left my house for school and work, nothing more. I hit rock bottom when I stayed at work or in my car to avoid going home and being completely abandoned.

But people rebound. They climb out of that pit and realize that the walls within are not the cages they appeared to be. I found new people; new friends that really helped me feel good again.

There is a reason I’m mentioning this story. A decade just came to an end, and for me that decade was defined by a single year. My soccer memories are good ones to have and great stories to tell, but this past year has truly made me a better person for the decade to come.

So, appreciate each and every one of those moments during this decade. Enjoy watching the rise of sports stars like Patrick Mahomes or Luka Dončić. Remember to laugh and love with your friends and create stories worth telling. Make each day one worth remembering because you never know how your time will end up being defined.